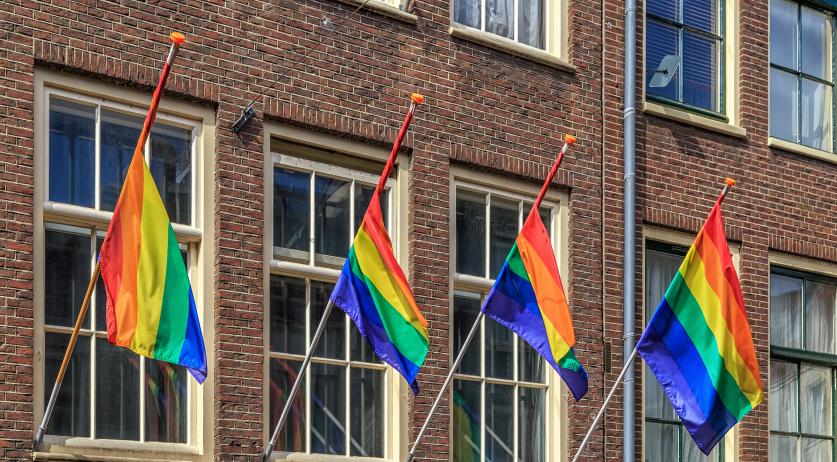 The public prosecutor’s office (OM) recommended to a court in Amsterdam to impose a fine of 1,100 euros, including 500 euros suspended, on a 40-year-old woman. The suspect is accused of uttering insults and threats to people during a protest demonstration against anti-LGBT violence. The woman called the protesters “sons of bitches, cancerous homosexuals, cancerous lesbians and people with cancer.” Using an illness in tandem with an insult can be particularly offensive in Dutch. She also allegedly spat at one of the demonstrators.

The woman reportedly targeted a reporter and a PowNews cameraman as they covered the protest in Amsterdam West on August 26. She allegedly threatened them saying, “I’m going to kill you, I’m going to kill you” and “if you film me you’re dead.” Footage from the event shows the woman to be aggressive and agitated.

The suspect did not appear at the court hearing this week.

The protest took place in response to an arson attack on a student apartment in August. A rainbow flag was reportedly set on fire, ultimately injuring four. The protest was a demonstration of support for residents of the Krelis Louwenstraat apartment in Amsterdam, although soon after another anti-LGBT hate crime was carried out in the city district when a trans woman was pushed off her bicycle and assaulted by a group of men. .

“It is a great gift in our country to be able to be who you are and to express your feelings,” said the prosecutor. “By standing up for something, participating in a demonstration and making it known by signs and clothing.” OM believes that the suspect has “seriously violated” this freedom. The discriminatory nature of the offense must have a direct effect on the level of punishment, according to the prosecutor.

The court will issue a decision on December 3.

Riots break out during protest against coronavirus in Rotterdam