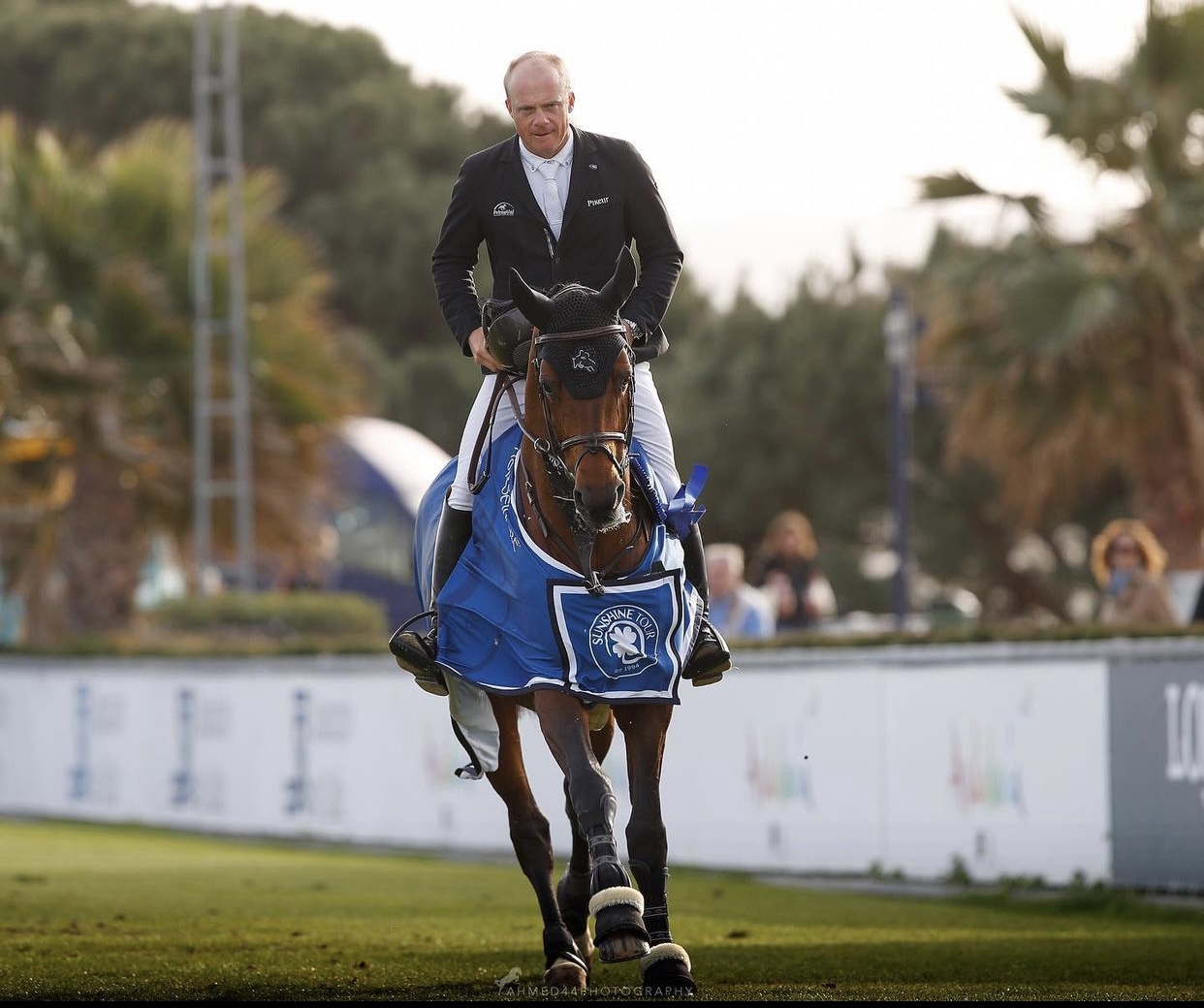 Before the highlight of show jumping in the Netherlands, the CHIO Rotterdam, we are looking forward to this wonderful event with several top riders. We start by asking Willem what it’s like to be Dutch Champion. The answer is typical Willem, fast, witty and funny. “Well, I can park in front of everywhere now. But no kidding, it feels good and it’s good to be able to tick that title off my list. Every athlete wants to be a champion of course, but on the other hand life carry on as usual and the intoxication quickly passed.”

Willem Greve has had a successful year. Will he add the Rotterdam Grand Prix to his list? Willem answers firmly: “I will definitely try. In such a show, you always want to win, that’s why you enter the arena. The last two times TeamNL won the Longines FEI Nations Cup in Rotterdam I was in the team both times and of course I would like to add a third time but winning the Grand Prix would also be great Incidentally in both wins Maikel van der Vleuten was also in the team. team. Maikel with Verdi TN and Beauville Z and me with Carambole and Zypria SNOP”

“However, I don’t know yet if I will be in the team again this year. There are about 6 weeks left in Rotterdam and now there are some serious testing moments ahead. The national coach will bring the most strong possible at the start and in the coming weeks we will see who they are. But last year’s victory has more taste. It was a hectic time for Corona and the Olympics were already close. We only had that “a short and difficult preparation for a very important championship. Before Rotterdam I rode Knokke, where my horses were already running very well and at the CHIO they continued like that. I rode without faults and in the second round we we had a time foul. It was great, what an outing, nothing is as enjoyable as winning with the team in your own country.”

“My two best horses at the moment are Grandorado TN and Highway TN. I also have a beautiful eight year old stallion from an owner in Ireland. I ride this horse for the two sons of the same man, very special. Basically, these three horses go to Rotterdam.”

“My great stallion Carambole basically won’t go. There will be a nice and fitting farewell for him. Carambole is still in perfect condition, but a horse like this deserves a nice, fitting end and winning Barcelona with the team the was definitely. He’s done everything for me for 13 years, given his all and he doesn’t deserve to slip away and leave the sport like a third-rate horse. He’s always ridden at home and on top of that he goes to the grazing. Sometimes he’s in a bad mood, he realizes he’s not the king he used to be anymore, but that’s okay and I’m sure five years from now I’ll still feel exactly the same.” This makes you pause. Beautiful words from the rider from the countryside of Twente in which love and respect for his horse are clearly audible.

“When I think of Rotterdam, I think of Pancake House The Big, which is part of your show. But the CHIO is also a classic, there is a great story attached to the event. The fact that the former queen and now Princess Beatrix are often present is always special to me And of course the woods you walk through when you have to go from the main arena to the stables or the other way That forest I once walked through completely disillusioned and incredibly happy.

Back in 2021, despite Corona a successful year for Willem. We asked him what were his fondest memories of that year and he didn’t have to think long. Willem: “Barcelona! Without a doubt! I see the Longines FEI Jumping Nations Cup final as the Equestrian Champions League. The team spirit was great, we all had our share of victory, the sport was great, my mother, my sisters, my niece and a lot of friends were there and then rolling zero with Carambole, it was perfect”.

He has a sure answer to every question without hesitation and seems relaxed and cheerful as always. We tell Willem that’s how he appears to us and that he also seems to be honest. Willem: “I’m glad I fell like that, but to be honest, I’m not always like that. I’m an extreme perfectionist, sometimes moody and very serious about sport. Sport is my life and I do I have some worries, but I feel good about myself and I always want to behave as decently as possible towards the outside world.

A hug for Carambola

The last question already, we ask Willem to close the conversation himself. As he has already surprised us, he starts again. Willem: “I think it’s an eternal shame that Pim Fortuyn was murdered. Just all that drivel on TV in the evenings, the next generation is paying the price. Pim was a charismatic man, a man of the people I think that the Netherlands would be very different if he had lived.”