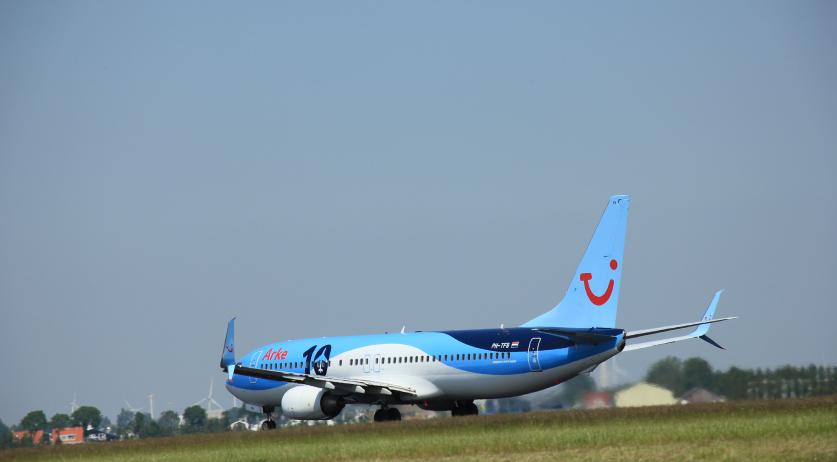 Holidaymakers who have booked with the TUI travel agency and who will be traveling on a TUI Fly aircraft will be able to go on holiday as planned. TUI travelers flying on other airlines like Transavia and KLM for their holidays will have to wait and see which flights those airlines cancel, TUI said in a statement. Meanwhile, Sunweb said it won’t be canceling any itineraries for the travel agency’s customers, although some changes to their trips may be required.

Like other travel agencies and airlines, TUI must reduce the number of travelers using Schiphol. The airport hopes to cope with the summer crowds by reducing the number of passengers.

TUI said it regretted Schiphol’s decision to drastically reduce passenger numbers during the busy summer months. Also because many people still do not know if their vacation will take place. TUI said the vast majority of its TUI Fly holiday flights will still depart from Amsterdam. For the rest, TUI will use the regional airports.

In addition to holidays with TUI Fly flights, the company also offers package holidays with flights from Transavia, KLM and other airlines. TUI could not say how many of its customers traveling with different airlines will be affected. “We have not yet received complete and detailed information and we are unable to estimate the impact of the adjustments they will make.”

TUI will inform customers of exactly what is happening from the beginning of next week. The agency urged travelers not to contact the company but to wait for their message.

Sunweb Travel Agency will operate all scheduled vacations from July 7 to August 14. According to the parent company, a small portion of its customers will face some sort of change.

About 1% of the total number of summer season passengers will face an adjustment. This may include shifting the route by one calendar day.

Travelers may also have to fly from an airport other than Schiphol. This may include Sunweb’s customers, but also those of its other brands, such as Eliza Was Here, GOGO and Primavera.

“We have done everything possible to provide clarification to our customers as quickly as possible, and therefore I am happy to say that we can carry out all stays booked for the period from July 7 to August 14,” said CEO Mattijs. ten Brink van Sunweb. Vacations that are now on sale on the company’s various websites are also hot, including those with departures via Schiphol, he said. “These can therefore be safely reserved by our customers. If the situation changes again later, we will provide a good full-fledged alternative, as now,” promised Ten Brink.

Sunweb was among the companies that had to cobble together changes to achieve the requested reduction in the number of travelers at Schiphol. Sunweb uses the services of Transavia for its holiday flights. More information will be announced in mid-July on the number of Transavia flights that can be operated from Schiphol between mid-August and the end of August. Sunweb pointed out that it also offers travel from other airports in the Netherlands, Belgium and Germany.

Rotterdam The Hague Airport is running out of slots

Rotterdam The Hague Airport has filled its last available flight movement slots on its summer schedule. This means that the airport cannot accommodate any additional flights from Schiphol Airport to relieve its overcrowding issues until the end of August.

The last places were mainly taken by TUI Fly. Corendon has also moved flights to Rotterdam.

There was great interest in the remaining slots at Rotterdam The Hague Airport. A spokesman said he could have filled the last places twice. He did not specify which other companies wanted to claim the slots. It also concerns companies that have not used the regional airport in the past.

Molly-Mae Hague reveals she destroyed the tires and cracked the windscreen of her £32,000 Land Rover