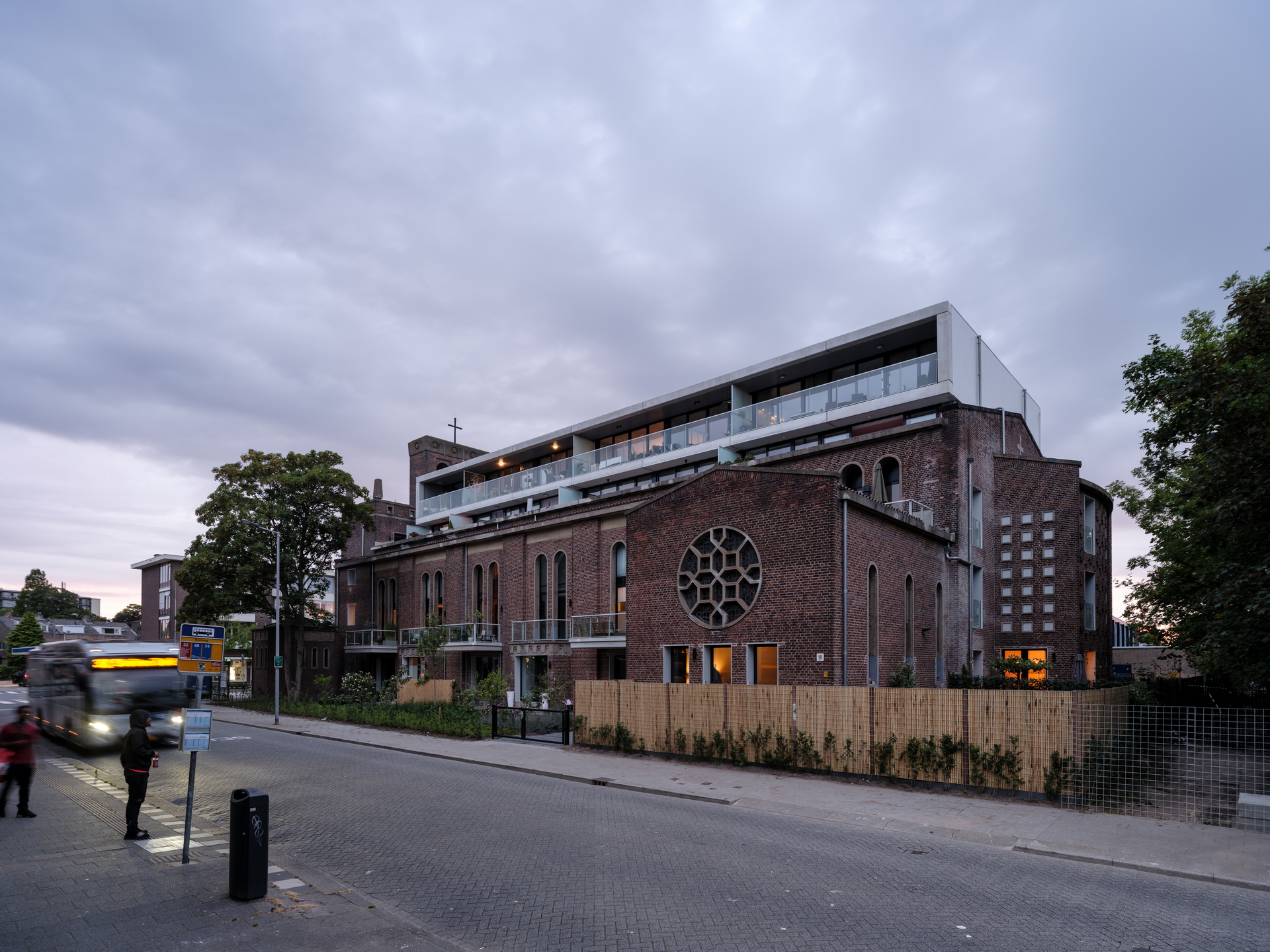 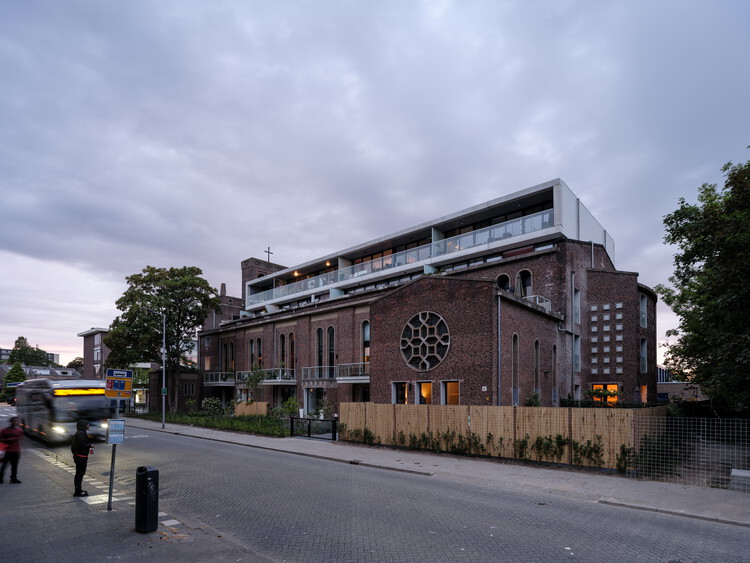 Text description provided by the architects. The city center of Rotterdam was almost completely destroyed during the bombings of May 1940. After the Second World War, the city tried to rebuild quickly during a period called ‘De Wederopbouw’ or ‘The Reconstruction’. In a short time, Rotterdam reinvents itself with new buildings in an austere, modern, efficient and pragmatic style.

Today, we look back with pride on this post-war period. Many of these young post-war buildings are declared monuments. Buildings that in other cities might be considered common buildings from the 50s and 60s are landmarks in Rotterdam. When your entire historic city center is destroyed, you pay close attention to the buildings that remain.

The church of Overschie, in the northern part of the town, was one of the buildings built during this period of “Wederopbouw”. Built in 1953, it only served as a church for about 65 years. This was caused by the rapid secularization of Dutch society. Only 46% of Dutch people call themselves religious. Since the church was no longer used for worship but was a listed building, the only option was to turn the church into another type of building. A fairly common development these days in the Netherlands.

The Rotterdam office HOYT Architecten was selected as the project designer. The difficulty with the design was that it had to take into account the interests of three very different stakeholders. The bishop, like the former owner of the building, wanted the new function not to be too profane, the City was taking care of the protection of its young monument and the developer wanted the most efficient plan with the best apartments. . HOYT Architecten didn’t want to polish off the old building, but they also wanted the freedom to design the best homes.

After some sketches in which the architect proposed to significantly modify the building, they came up with a project that left the character of the church intact. The architects decided that the current church should also lead the design of the apartments. This led to minimal interventions on the exterior except for two additional layers above the roof. New windows we added sparingly with frames hidden behind the wall and they kept the main entrance with the oak doors. The defining elements of a church, the tower, the altar and the nave have all been kept as intact as possible.

Also, inside, the structure of the old church was “holy”. The apartments have been carefully designed around the central corridor. At the entrance to the church, the original height has been preserved in a large room with a view of the monumental stained glass window. The two huge round stained glass windows were among the very few religious objects left by the bishop that could be incorporated into the decor.

The architect did not want to design anonymous white boxes like apartments, but rather, wherever possible, artifacts and elements of the old building integrated into the house. One apartment has the giant church safe in its kitchen, other apartments have masonry arches, and some houses have a balcony over the confessional. There is a very narrow but high apartment in the tower and a large attic above the altar.

In order to make the plan feasible, the architect designed 8 additional apartments above the church. The somewhat brutalist design blends in remarkably well with the rational architecture of the “Wederopbouw” period. This rooftop element has its own new foundation built around the existing foundation.