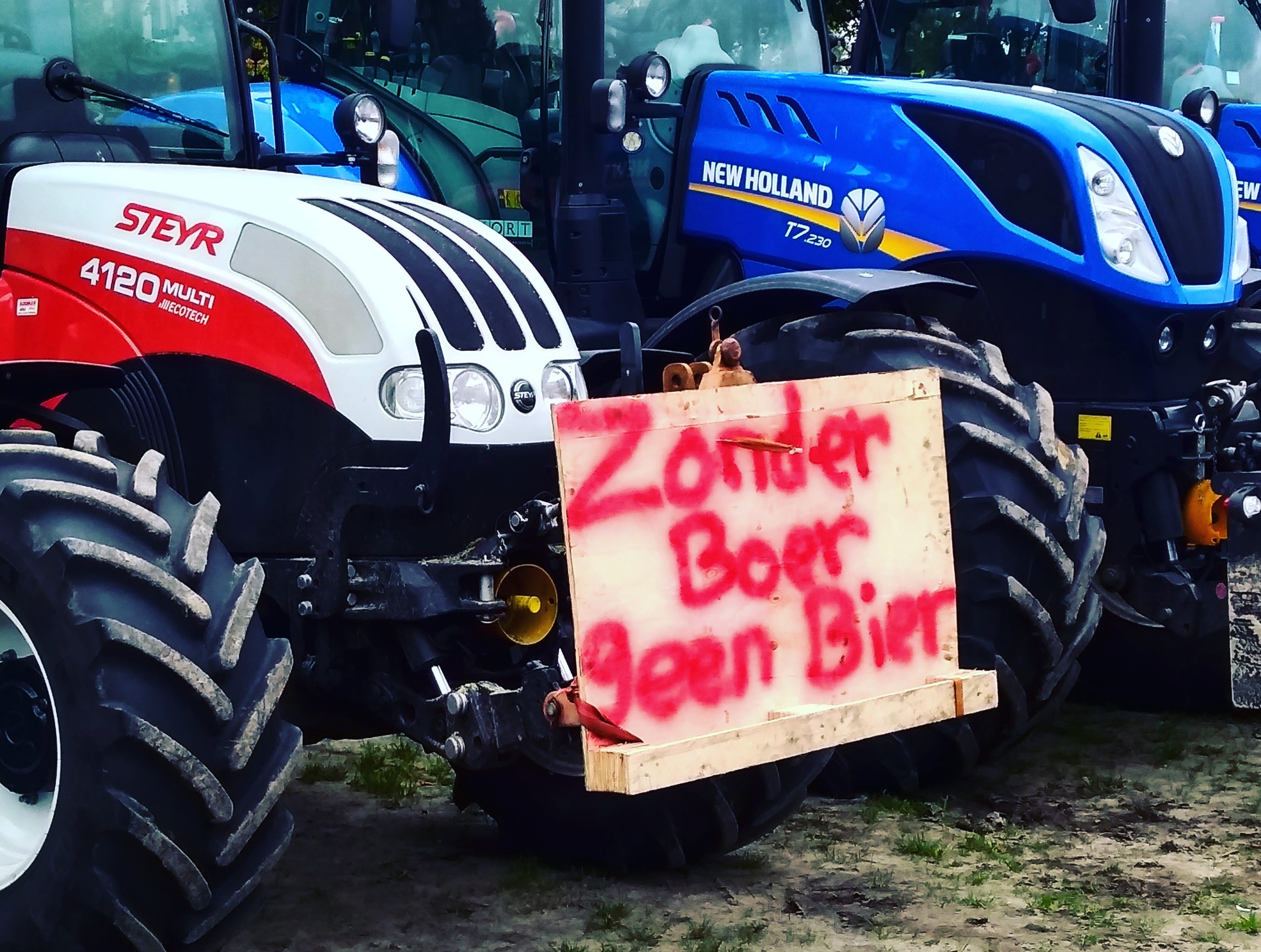 A tractor during a demonstration in The Hague. Photo: Molly Quell

Farmers’ organizations have decided to demonstrate against government plans to tackle nitrogen-based pollution near Barneveld, which is at the center of intensive poultry farming in the Netherlands.

Ministers have already said that farms in some areas will have to close to reduce nitrogen emissions and the Barneveld region is expected to be particularly affected.

Earlier plans to stage a protest in The Hague have now been scrapped. Instead, farmers will head to Stroe in the Gelderse Vallei region, local broadcaster Omroep Gelderland reported.

Some 20,000 to 30,000 farmers are expected to converge on the site, many of them on tractors. The demonstration will take place on June 22 and, if the expected numbers match the reality, it will be the largest farmer demonstration ever seen in the Netherlands.

Protest organizer and dairy farmer Jeroen van Maanen told the broadcaster that the decision to avoid The Hague was made deliberately. “We are turning our backs on The Hague,” he said.

“We have always said that we want to be part of constructive discussions, but if you see the plan two years later and nothing has been done with our input, then we have simply wasted time.”

Agriculture – whether arable crops or livestock – is responsible for around 41% of nitrogen pollution in habitats protected by EU legislation as Natura 2000 sites.

Why all the hype about nitrogen in the Netherlands?

Thank you for your donation to DutchNews.nl

The DutchNews.nl team would like to thank all the generous readers who have donated over the past few weeks. Your financial support has helped us extend our coverage of the coronavirus crisis into evenings and weekends and ensure you are kept up to date with the latest developments.

DutchNews.nl has been free for 14 years, but without the financial support of our readers, we would not be able to provide you with fair and accurate information on all things Dutch. Your contributions make this possible.

If you haven’t donated yet, but would like to, you can do it via Ideal, credit card or Paypal.