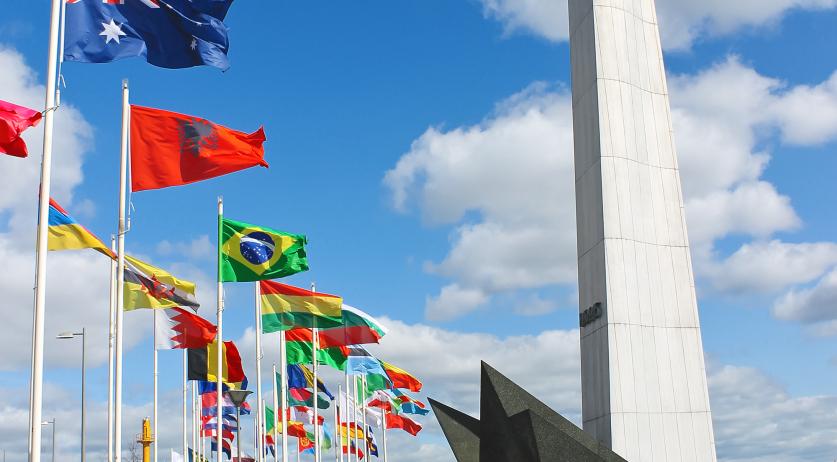 The Ukrainian flag flies at the Ministry of Foreign Affairs; Russian flag shot down in Rotterdam

On Monday, the Foreign Ministry raised the Ukrainian flag outside its offices in The Hague. The ministry posted an image of the flag waving side by side with the Dutch flag on social media.

“The Netherlands condemns the Russian invasion in the strongest possible terms. #StandWithUkraine,” the ministry wrote on Twitter. The photograph is meant to demonstrate Dutch solidarity with the invaded country.

As one flag rose in The Hague, another fell in Rotterdam. The city council took the decision to remove the Russian flag from the flag parade in the Boompjes district on Sunday. On Monday, the Ukrainian flag was added to the gallery’s main pole, according to AD news.

This is not the only place where the flag has flown in Rotterdam. On Thursday, he was also hoisted in front of City Hall and the Erasmus Bridge lit up blue and yellow to show his support.

The International Parade of Flags is made up of more than 200 flagpoles that carry the flags of all UN countries, alongside the 174 nationalities that make up the city of Rotterdam. Unfortunately, the parade was hit hard by Storm Eunice last week; more than 20 masts were broken.

The Hague has a similar flag parade representing all UN countries, but has decided not to remove the Russian flag. Despite Russia’s “unprecedented act of aggression”, the country “is still a member of the United Nations”, the city said.

Zelensky accuses Russia of war crimes during the bombing of Kharkiv

Traveling to Amsterdam during Covid-19: what you need to know before you go