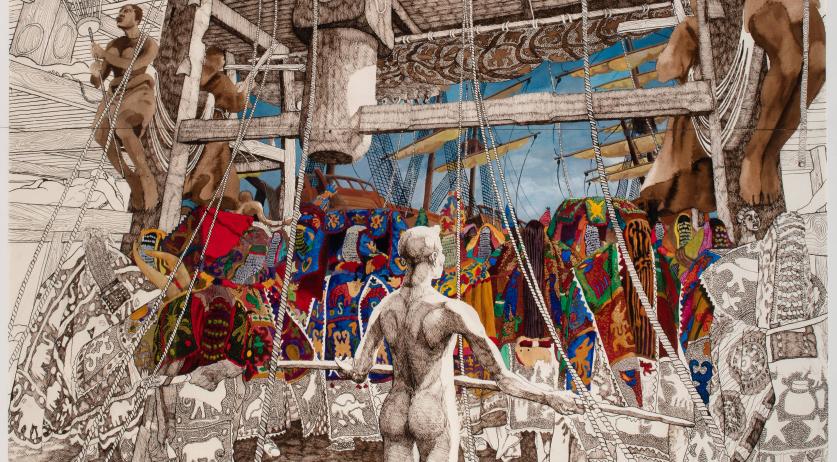 Amsterdam‘s Tropenmuseum will open a new permanent exhibition on June 24 examining how colonialism shapes the world and highlighting people’s resilience in the face of colonial forces.

The 10 rooms of the “Our Colonial Heritage” exhibition will tell the story of the operation of different colonial projects and structures through photography, musical instruments, paintings and everyday objects. There will also be information on how individuals can act against colonial structures, Tropenmuseum press officer Coromandel Brombacher told the NL Times.

The second part –– taking action –– is particularly important. In research carried out by the Tropenmuseum in preparation for the exhibition, young people told the museum that they were aware of the inequalities in the world but did not know how to oppose them, Brombacher said. In response, the museum will point to resources to help people learn more and take action.

“It’s not a story that’s over, you put a ribbon around it and it’s over,” Brombacher said. “This story has shaped the current structures of our daily lives. We’re saying it’s not that people were just victims who had to overcome all colonialism: there was resilience, there was creativity, there was this fight against the system.

The exhibition, which is due to run for the next seven years, has been extensively prepared and has been delayed due to the Covid-19 pandemic. The museum itself was established as a “showcase for colonial artifacts,” according to its website. However, Brombacher said the museum has been trying to move away from its ethnographic roots in recent years to adopt a “more open view of the world.”

“People all over the world are dealing with the same topics,” Brombacher said. “And we try to show how people react to certain questions or topics around the world, without one being better than the other.”

Today, the museum tries to work with contemporary artists to explore themes that affect people around the world. This approach extends to the new exhibition, which will feature programs and events in collaboration with artists in the coming months. The programs will kick off on July 1 with an event for Keti Koti, a public holiday that marks Emancipation Day in Suriname.

Brombacher said the exhibit will hopefully be a starting point for debates and people will come out wiser, with more information. “We worked with a lot of different people. It’s not our story to tell… so we invited people to do their job, to tell their part of the story, their points of view.