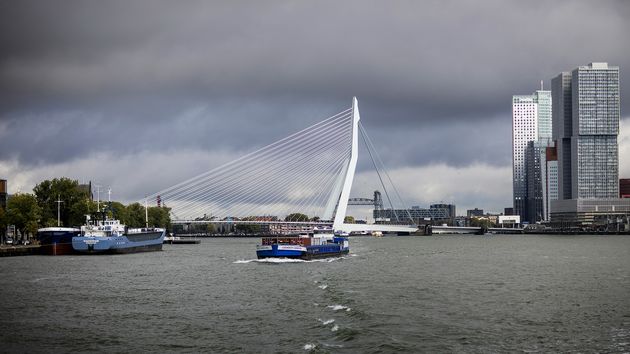 The port of Rotterdam, new base for a quantum technology project

Port of Rotterdam stakeholders will be able to participate in a new multi-user quantum network for area-wide communication.

Q*Bird, a spin-off from QuTech (a quantum computing research institute between TNO and TU Delft) is the first to deploy a new type of secure quantum network that can connect multiple users through a central hub.

The result is an unworkable internet connection between users across the port area.

The configuration allows all end users to be connected with a secure and unexploitable connection.

The first four end users can later be expanded to many more. Users will share keys generated using quantum technology which they will use to encrypt messages using traditional technology.

The strength of this type of configuration lies in the ease with which it can be extended to a larger number of users and in the relatively low cost of the extension.

Once completed, Portbase can be sure that its line of communication has not been altered when connecting with, for example, other port authorities.

Later in the project, end users can log into the system, such as third-party customers, vendors, and emergency services.

Securing the Port of Rotterdam’s communication systems, which are essential for the movement of approximately 15 million TEUs per year, will improve the safety of tens of thousands of seagoing vessels each year.

“Malicious eavesdropping on communications systems between parties may result in significant financial loss, disruption of critical business operations, or physical harm,” the port wrote in its statement.

“A quantum communications infrastructure will ensure an unworkable connection and improve the supply chains that Rotterdam is part of, all the more so a vital infrastructure on the European continent.”

Previously, a team of QuTech scientists and engineers had demonstrated the alternative, unworkable method of sending encrypted information. QuTech then launched its commercial product, Q*Bird.

“Our technology is based on a special implementation of Quantum Key Distribution (QKD) that uses a central hub to connect users who wish to exchange secure communications,” explained Q*Bird co-founder and director Remon Berrevoets. .

“This means that it is possible to implement a quantum network in a way that is cost effective, scalable for many end users and using mostly off-the-shelf equipment.”

Two-thirds of the funding for this project was provided by the Quantum Delta NL SME program and one-third by the Rotterdam Port Authority.

Hutchison Ports and Terminal Investment Limited Sàrl (TiL), the terminal investment company of Mediterranean Shipping Company (MSC), will build a new container terminal at the Port of Rotterdam.