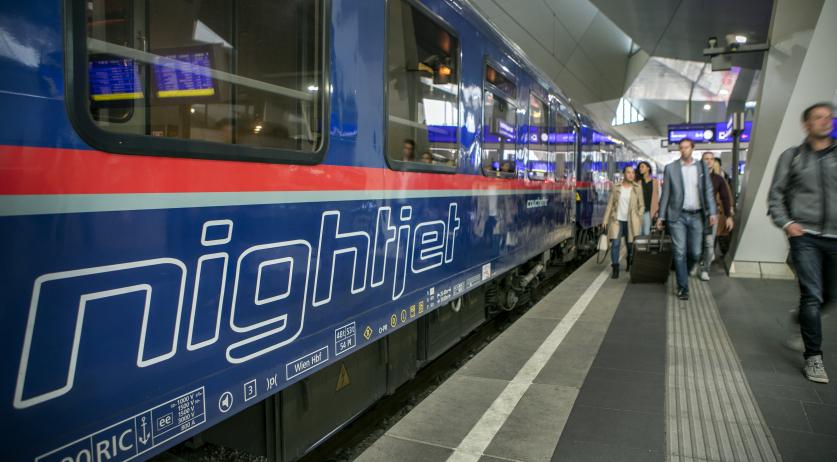 The night train between Amsterdam and Zurich will start on December 12. The Nightjet Zurich will travel from Amsterdam to Utrecht, and continue to Basel before reaching its destination in Zurich. The train will leave every evening at 8:30 p.m. and will arrive in Zurich 11 hours and 25 minutes later at 8:05 a.m.

This will be the first night train service between the two cities since 2016. It was first clear that the night train line to Zurich was under consideration last August. A month later

Along the way, the train makes 18 stops in cities such as Arnhem, Düsseldorf, Cologne and Frankfurt. In the opposite direction, the Nightjet arrives in Amsterdam at 9:14 a.m. daily.

The first ticket sales started this week via nsinternational.com. Prices vary from € 38 for a seat, € 50 for a berth and € 90 for a berth. Each sleeping compartment has its own bathroom and breakfast is included for passengers who purchase a sleeper. The train also has room to bring your bike on board.

“After the return of the night train line to Vienna, the Netherlands has been connected to the European night train network again since May of this year. The night train is a popular and environmentally friendly way to travel internationally. With the overnight train to Zurich, we are once again adding a direct connection to a European city to our schedule, “said Marjan Rintel, CEO of Dutch National Railways NS.

Several test races from Switzerland to the Netherlands take place before the first trip. Together with its partners SBB, ÖBB and DB, NS will put the finishing touches on the trains and put them into service in December.

Other night train lines could also be launched in the next two years. It was previously reported that Amsterdam, Hamburg, Copenhagen, Stockholm and Helsinki are considering a night train service connecting the cities. However, it is unlikely that another proposed link between Malmö and Brussels will launch next year as planned.