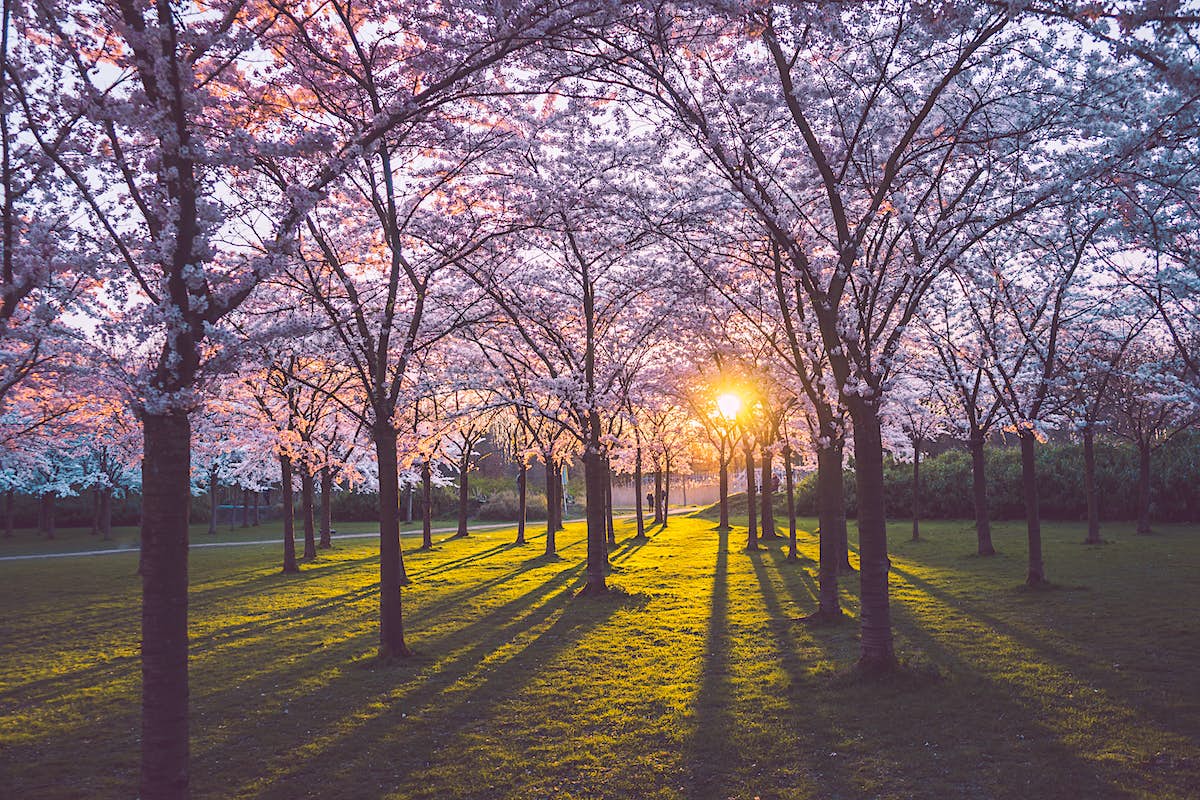 Amsterdam’s parks are much more than prime places to experience Holland’s famous gardening skills – they embody the freedom, tolerance and laissez-faire attitude that characterizes this particular European city. The city’s green lungs are very egalitarian, divided in size, and filled with activities that make people happy – whether it’s sunbathing, picnicking, or encountering wildlife, there is always more to it than ‘enough room for everyone to mix, mingle and harmoniously coexist. These are the best city parks in Amsterdam.

This relaxed and eclectic atmosphere spans 47 hectares of landscaped lawns, ponds, picturesque walkways and shady paths. In summer, be sure to take a seat in one of the many cafes nestled among the greenery or watch a free theater or dance performance offered by the Vondelpark Open Air Theater.

Oosterpark is a beautiful, scenic park – think of the wild parakeets in the treetops and herons pecking around the ponds – but it also holds a very important history. It was established in 1891 as a pleasure park for diamond merchants who hit hard in South African mines. An entire century-old cemetery has been moved to make it happen.

In the early 2000s, huge memorials commemorating the abolition of slavery and honoring freedom of expression (and in particular the case of a chronicler murdered by a Muslim extremist) were erected. Today that heritage is kept alive with a “Speakers Corner” on Sundays at the Spreeksteen monument. On the rock podium, people are invited to come openly express their opinions or debate under the midday sun.

Outdoor spaces suitable for families are no better than Amstelpark. It’s the perfect green space for toddlers (and those still young at heart) with a petting zoo with roaming chickens and rabbits, mini golf, a maze labyrinth and a miniature train. strolling through vibrant gardens of roses and rhododendrons.

The park was established in 1972 for the popular Floriade flower show which only takes place across the Netherlands every ten years. Art exhibitions take place in the Glazen Huis (Glass House), the Orangery and the Papillon Gallery.

Tucked away in the cool and creative Pijp district, Sarphatipark is the perfect greenery for people watching. It’s a rather compact open-air space – rolling meadows and a wooded outskirts – so it’s filled with crowds of multicultural locals and tourists lounging on blankets by the fountain.

You can certainly take a nice picnic to the nearby neighborhood stores like ‘t Kaasboertje and Bier Baum. It is also a pleasant stopover before or after visiting Albert Cuypmarkt or one of the trendy shops and restaurants in the area.

Amsterdamse Bos is a lush forest that masquerades as the city’s largest park. A charming expanse of almost 2,471 acres (1,000 hectares) of tranquil ponds, woods and meadows make this area feel miles from the city, despite being only a 20-minute bike ride south. from Vondelpark (close to Schiphol airport).

You can go hiking, swimming, canoeing and horseback riding here, then sit in one of the many lovely places like De Bosbaan cafe and the farm restaurant Boerderij Meerzicht. Spring cherry blossoms in the forest are also a real treat.

Rembrandtpark may be officially dedicated to Amsterdam’s favorite Golden Age painter, but there are a few funky modern art statues scattered around here. With many hiking and cycling trails spread over 45 hectares, it is an ideal place to walk and come across surprises like Rembo by Bastienne Kramer (a sculpture of a gruff green man) or graffiti art.

Don’t be fooled by the apartment buildings surrounding the expanse; there is abundant wildlife and an air of general calm here. On afternoon weekends the atmosphere becomes livelier with family attractions like a water playground, adventure playground and the Kinderboerderij de Uylenburg petting zoo.

This small park in Amsterdam West is ideal for sun worshipers who love the bucolic flowers of the countryside with a bit of art and culture. It’s also one of the few parks in Amsterdam where barbecues are allowed from April to September (of course, with certain regulations).

Erasmuspark is home to the Miracle Garden, a magnificent flower show imagined by Dutch artist Elspeth Diederix as an “open-air workshop” for painting, drawing and floral photography. Many of the Amsterdam School’s design elements dot the connecting bridges that create the park’s island configuration.

Beatrixpark is a melting pot of fabulous flora planted when the famous Floriade was also hosted here in 1972 with Amstelpark. Most of the trees and flowers are tagged to make spotting the species pleasant and easy, and there is also an interesting herbal garden in the eastern part of the park. It’s a great place for families with a gigantic piece of modern art turned into a children’s play area, as well as small pavilions providing a shady hideaway.

Westerpark is urban renewal at its best. The area was once part of a former gas factory – but since the industrial site closed in 1967 the pollution has been cleaned up and now it’s lush lawns, cycle paths and dreamy wading pools. The park adjoins the post-industrial Westergasfabriek cultural center, attracting all manner of city dwellers attending festivals, cinema and the on-site craft brewery.

Sloterpark, near an artificial lake, offers a seaside atmosphere mixed with classic Amsterdam landscapes. It’s off the beaten track in the residential Amsterdam West district, but it only adds to the feeling of an afternoon beach vacation – no wonder the lakeside, Sloterplas, is heavily frequented by the inhabitants during the summer. The sandy beaches attract sun worshipers from all walks of life, and electronic music festivals are often held here. From April to May, you will even see the tulips in bloom.