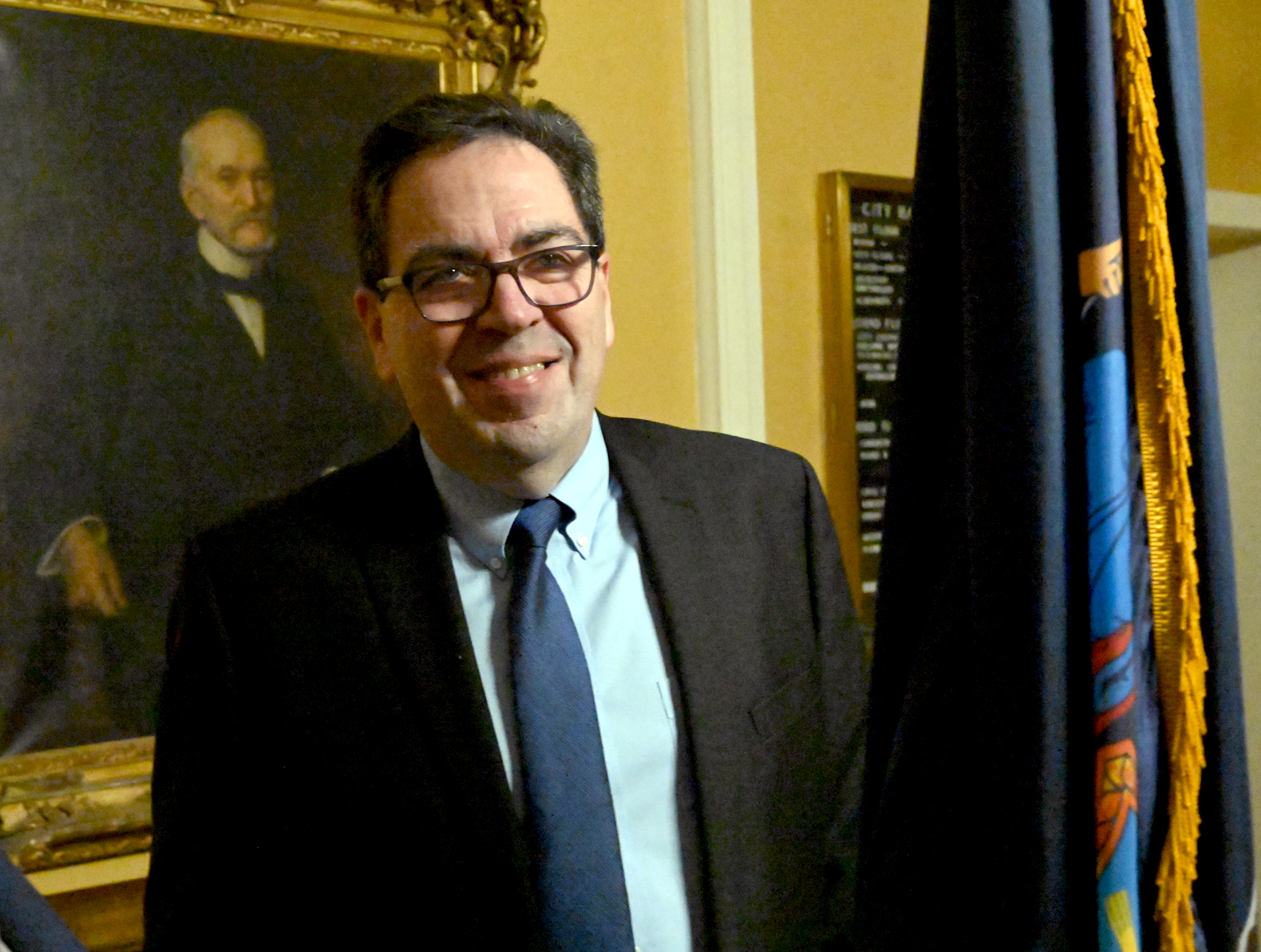 AMSTERDAM — Mayor Michael Cinquanti plans to seek approval from City Council to bring in an outside consultant to manage the duties of city comptroller until the vacancy can be filled.

“It’s not long-term enough; we have to find someone to manage the finances of the city,” Cinquanti said Thursday.

Earlier this week, City Council tabled a local law proposal that would have amended the city charter to remove some of the barriers to finding a candidate to fill the position vacated by former City Comptroller Matthew Agresta after his resignation on August 12.

Cinquanti, who was absent from Tuesday’s council meeting, called for the bill to be tabled after it became apparent it lacked the support needed to pass.

The move would have brought the charter in line with the reality facing the city, according to Cinquanti, who dismissed the insinuation that changing the charter doesn’t “play by the rules” made by Deputy Mayor and 5th Borough Alderman James Martuscello earlier this week.

“We’ve already violated it,” Cinquanti said. “I’m trying to change the charter so I don’t violate it.”

The city charter requires that the vacancy of any elected official be filled within 30 days by a person of the same political affiliation. The 30-day deadline to nominate Agresta’s successor, a Republican, passed on Sunday without any nomination by the Common Council.

Local law would have amended the city charter to state that appointments made more than 30 days would not be invalidated and to remove political party requirements when filling the post of comptroller.

“The charter says we have to do this when we can’t do this. We weren’t trying to expand anyone’s powers, we were just trying to fill a void that we have,” Cinquanti said. “We cannot find qualified people who want to enter a temporary political environment.”

The city has been unable to find candidates for the opening, which officials say is unattractive because a public referendum on Nov. 8 seeks to convert the comptroller from an elected position with no minimum qualifications to an appointment to the town hall based on experience.

If the ballot measure is approved, it would go into effect and the first mayoral nomination would be made on Jan. 1, 2024. If defeated, the comptroller position would be eligible for re-election for a full four-year term next fall.

Agresta’s departure date was four days past the deadline to hold a special election this fall to fulfill his unexpired term, which remained one year. The deadline is set by state law.

With limited options, Cinquanti now plans in the coming weeks to propose the hiring of a third-party consultant, either a company or an individual, to serve as controller at least until after the referendum. The city has already done so to respond to the comptroller’s vacancy following a resignation, according to Martuscello.

“We’re working on it,” Cinquanti said. “It has to be something that will be approved by the Board and also has to be good for existing staff in the Comptroller’s Office.”

Assistant Comptroller Cassandra Kinowski and other staff in this office have served as Comptroller since Agresta’s departure. The mayor has also been more actively involved in managing the city’s finances, spending time this week researching and negotiating vehicle purchase options and service contracts normally handled by the comptroller.

“We are operating now,” Cinquanti said. “We all have a lot of work to do here and we need help and we need to put that help in place.”

Once the uncertain circumstances surrounding the position’s future are determined, Cinquanti hopes city officials will be guided toward a long-term solution for the vacancy and a suitable candidate can be identified.

“Once the people decide, hopefully I can get the aldermen to agree that we need to move,” Cinquanti said.