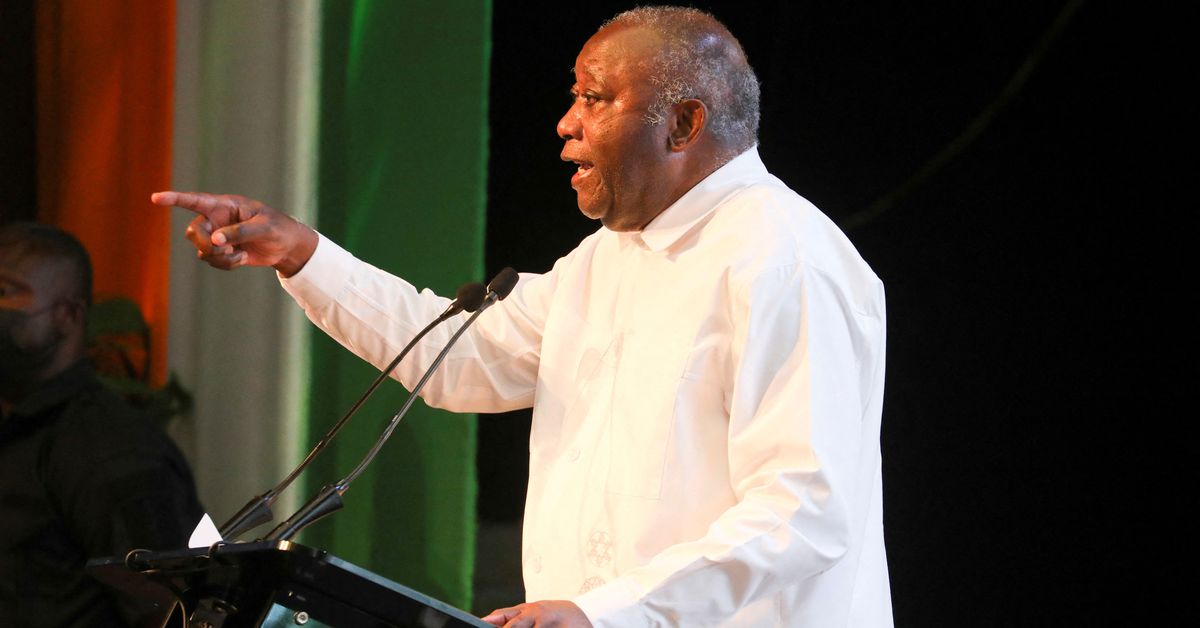 Former Ivorian President Laurent Gbagbo speaks during the second day of the meeting to launch the formation of a new political party at the Sofitel hotel in Abidjan, Ivory Coast, October 17, 2021. Reuters/ Luc Gnago/File Photo

ABIDJAN, Aug 6 (Reuters) – Ivorian President Alassane Ouattara said on Saturday he had offered a presidential pardon to his longtime rival Laurent Gbagbo, as part of a campaign to reconcile with his predecessors ahead of the 2025 elections .

Gbagbo, president from 2000 to 2011, returned to Ivory Coast last year after being acquitted in 2019 by The Hague of war crimes for his role in a civil war sparked by his refusal to concede defeat after elections of 2010.

Back home, he still faces 20 years in prison for a 2019 conviction linked to the theft of funds from Abidjan’s central bank during the post-election period. He has always denied the charges.

“In order to further strengthen social cohesion, I signed a decree granting a presidential pardon to Laurent Gbagbo,” Ouattara said in a televised address to the nation ahead of Independence Day on Sunday.

He said he had also requested the release of Gbagbo’s accounts and the payment of the arrears of his presidential life annuity.

The trio have dominated Côte d’Ivoire’s turbulent political scene since the 1990s. Bedie was president from 1993 until his ousting in a coup in 1999. Gbagbo ruled from 2000 until his defeat election against Ouattara in 2010.

Tensions came to a head after the 2010 elections. Gbagbo refused to concede defeat, leading to a brief civil war that killed around 3,000 people before Ouattara-aligned rebel forces swept through the main city from Abidjan.

Ouattara has presided over relative stability during his decade in power. But dozens of people have been killed in clashes that erupted around the 2020 election, when he ran for a third term that Gbagbo and Bedie have called unconstitutional.

The president has yet to say whether he plans to run for a fourth term in 2025. He said he would like to step down, but also suggested he would need Gbagbo and Bedie to commit to stepping down from office. policy to do so.

They have not yet indicated what their plans are.