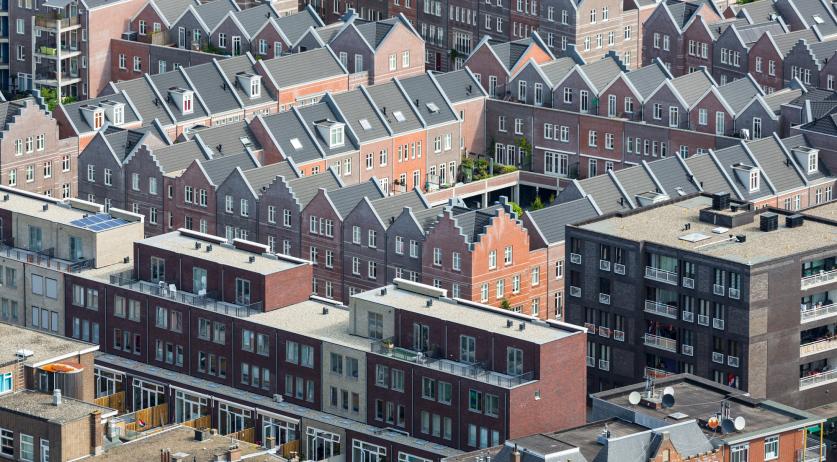 The Hague also plans to prevent investors from buying houses for rent.

Local politicians in The Hague are examining how they can reach Amsterdam and introduce real estate restrictions that would require homebuyers to live in the property for four years. Only then could they start renting it.

The measures aim to freeze the overheated housing market and give more opportunities to first-time buyers by effectively preventing real estate investors from competing with them. In Amsterdam, the purchase protection plan would take effect for homes with an official WOZ valuation of up to 512,000 euros. The measure is expected to pass a full Amsterdam city council vote in February and will apply to the entire city.

The Hague has yet to decide whether it will put a cap on a similar proposal there, according to Omroep West. The proposal will soon be presented to The Hague City Council and could come into force in early 2022.

“In the districts of Laakkwartier and Spoorwijk, more than forty percent [of available property] was bought out by investors late last year, “a spokesperson for the city of The Hague told the broadcaster.” We note that the purchase of existing homes to refurbish and rent them out has dramatically increased in recent years, and this has many negative consequences. “

A new national law in the Netherlands will come into force at the start of the new year, allowing municipalities to designate certain areas as part of purchase protection plans. Exceptions allow for accommodations that have already been rented before January 1 and for those renting to family. People leaving the Netherlands for an extended period will also be able to rent their accommodation to a tenant.

Similar proposals are being considered in large cities, such as Utrecht and Tilburg, according to NOS. Smaller towns, including Hengelo and Meppel, are considering restrictions that for the first time only affect newly built houses on the market, as is currently the case in Amsterdam.

Police want to stop violence after Union Berlin against Feyenoord