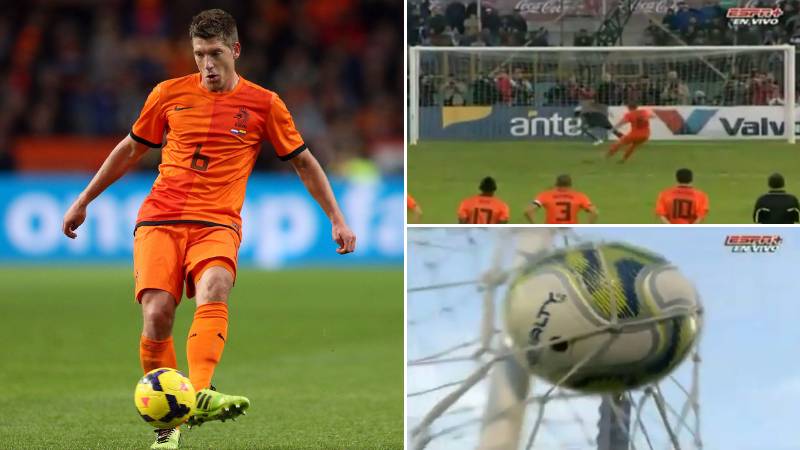 Ancient Netherlands Midfielder Stijn Schaars‘ outrageous kick in 2011 has been called ‘the best penalty ever’.

Although he is not the most famous name in football history, Schaars was enjoying a career that many would have liked to have had.

He rose through the ranks to Speed Arnhem Academy and in the 02/03 season, he broke into the first team. And two years later moved to AZ Alkmar.

During his stay in Alkmar, Schaars got his hands on Eredivisie title under the leadership of Louis van Gael. After 171 appearances for the club and 12 goals, he decided to look elsewhere in 2011.

2011 turned out to be a memorable year for the midfielder, it was the year he left Dutch football as he made the decision to move to the League Portugal since he signed for Sporting Lisbon. During this year, he also scored a spectacular penalty that will forever be etched in football history.

The sanction in question took place during the chopped off Brotherhood match between the Netherlands and Uruguay.

Luis Suarez thought he had won the game for his side when he opened the scoring in the 82nd minute, but it was disallowed as Dirk Kuyt found the equalizer in stoppage time to lead the game on penalties.

Uruguay came out 4–3 winners in shootout after Robin van Persia and Eljero Elia both missed their kicks. But it was Schaar’s efforts that stole the show.

He took his penalty with so much power and precision that the ball got stuck in the top corner. YouTube footage of that penalty has been viewed 4.2 million times and Schaar’s kick is now known as the “greatest penalty ever”.

Fan reactions said it all.

One fan said: “Such a good penalty…even the ball wanted to stay in the net all the time.”

Another commented: “Even in slow motion the ball is going at the speed of light haha.”

And a third to add: “How can everyone say that this is not the best placed penalty ever scored? Look where the ball is!”

Schaars continued to play for PSV Eindhoven and SC Herenveen before ending his career in 2019, but one thing is for sure, we are unlikely to see a penalty hit with such force again.