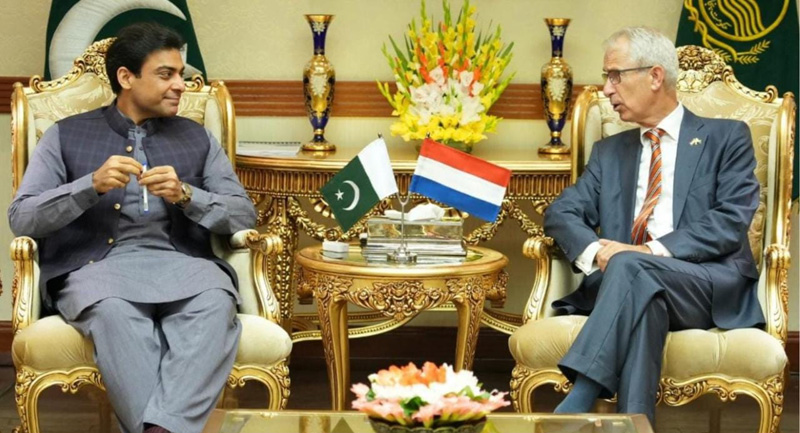 The situation resulting from climate change and the GSP Plus conventions was also discussed during the meeting, as it was agreed to strengthen cooperation in the areas of agriculture, food security, processing of food, environment and other areas.

Speaking on the occasion, Chief Minister Hamza Shahbaz noted that good friendly relations exist between Pakistan and the Netherlands. He thanked the Netherlands for their support of GPS Plus status and pointed out that Punjab offers many investment opportunities in agriculture, food processing, food security, environment and other sectors. The Netherlands has particular expertise in agriculture, food processing and water management, he pointed out and added that Punjab is an agricultural province and development of the agrarian economy is a priority.

The CM indicated that technical assistance from the Netherlands in the agricultural sector would benefit farmers in Punjab. Climate change is a big challenge for the whole world and Pakistan is also facing it, he mentioned and underlined that the United Nations must take urgent joint action to address this challenge.

Wouter Plomp said that there are many cooperation opportunities in Punjab’s agricultural sector and expressed the desire to promote the partnership with the Punjab government.

The Daily Herald – A good start