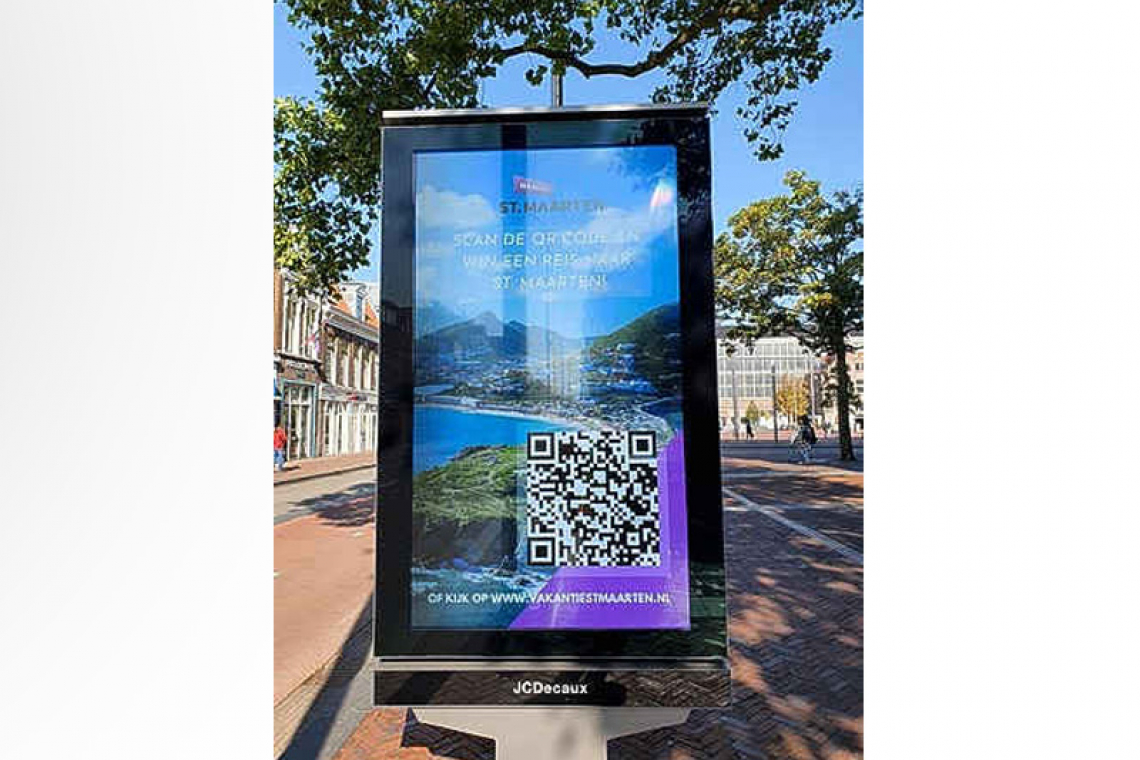 The digital poster that was on display in four major Dutch cities.

A poster of the destination has been shown more than 1.9 million times, which is 200,000 times more than the agency’s target number.

Destination St. Maarten’s social media platforms such as Facebook and Instagram also generated a lot of traffic. USP Marketing PR created a video describing the tourist highlights of the destination, the culture and the nature of the island, which led to an increase in the number of subscribers; Facebook reached over 326,000 and Instagram had 101,000 impressions, it was said in a press release.

A significant number of users also visited the Dutch St. Maarten website â€œVakantie St. Maartenâ€, which recorded an increase of over 2,000 percent.

Saint-Martin Tourism Bureau (STB) director May-Ling Chun said on Sunday that the campaign’s results in the Netherlands and Belgium were impressive. The aim of the campaign was to encourage viewers to think about Saint-Martin for their next vacation; second, increase traffic to St. Maarten’s website and social media subscribers.

Divi Little Bay Beach Resort partnered with the promotional campaign where a traveler could win a complete vacation in the destination. A digital poster with a visual of Saint Martin and a QR code was displayed on 70 billboards in central locations in the cities of Amsterdam, Rotterdam, Haarlem and The Hague.

The posters were found near central train stations and bus stops and along the main pedestrian walkways. The promotional campaign had four elements: the poster campaign; a social media campaign; the native online video campaign; and a campaign with the online travel agency TIX.