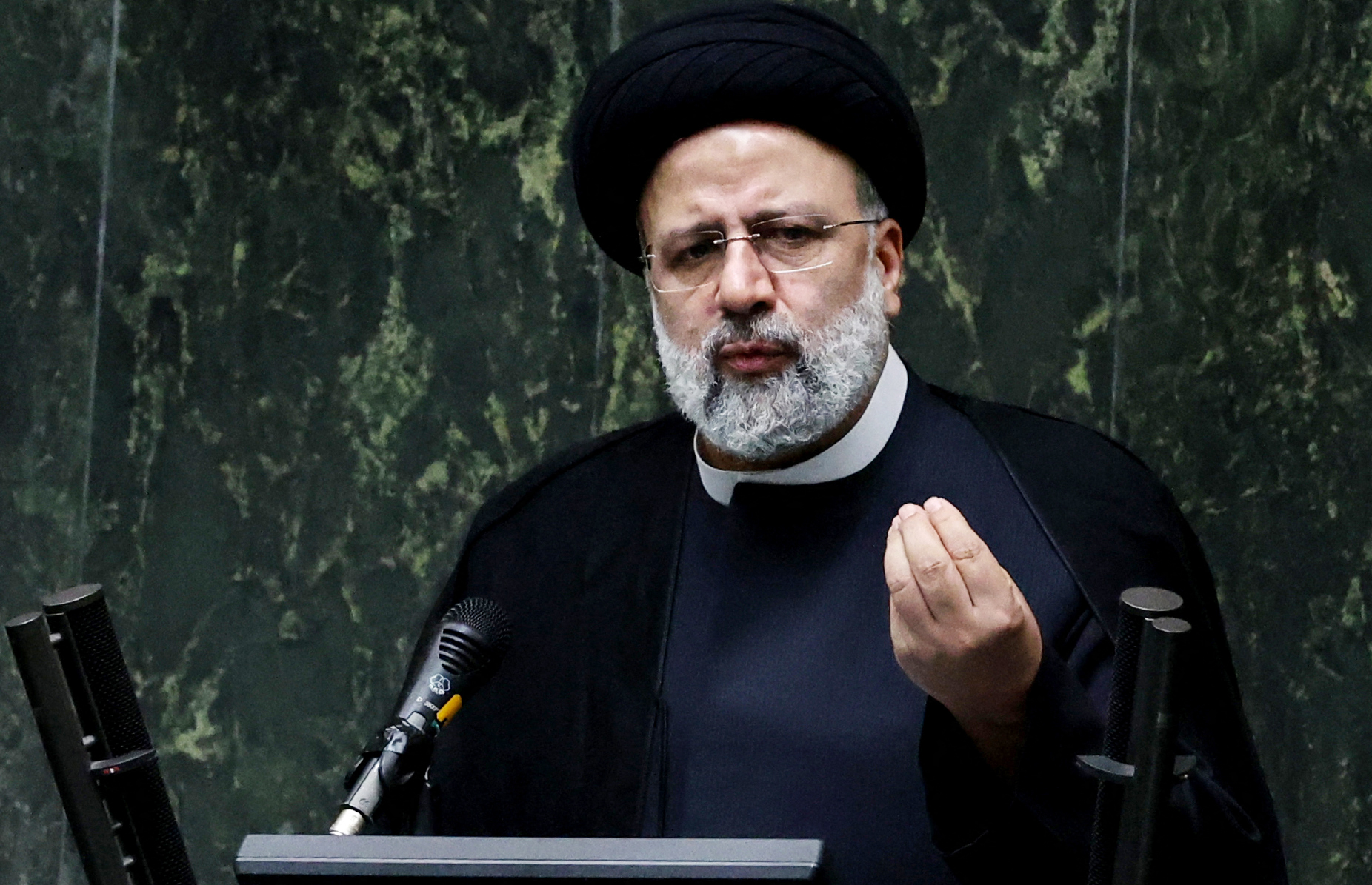 “Tehran Butcher” is terrified of setting foot in the West

Iranian President Ebrahim Raisi, nicknamed the â€œButcher of Tehranâ€ because of his involvement in murders, genocides and human rights abuses, avoided attending the United Nations General Assembly in New York and instead sent a pre-recorded message. Raisi is on the U.S. sanctions list due to his leading role in the 1988 massacre of over 30,000 political prisoners in Iran. It seems likely that he chose to stay in Tehran rather than risk provoking the outrage of tens of thousands of Iranian expatriates, had he come to New York in person. His predecessors in Iran’s presidency, Mahmoud Ahmadinejad and Hassan Rouhani, both attended meetings of the UN General Assembly in New York in person, but Raisi is clearly afraid his murderous past will catch up with him. he dares to set foot in the West.

Raisi publicly admitted and even bragged about his involvement in the 1988 massacre, mainly involving members and supporters of the People’s Mojahedin of Iran / Mojahedin e-Khalq (PMOI / MEK), the main democratic opposition to the mullahs. despotic. In fact, in 2009, following a nationwide uprising to protest Ahmadinejad’s rigged election as president, Raisi said: “As long as the MEK leadership is alive, anyone who supports the group in any way deserves to be executed.” By this he meant that the extermination of PMOI members and supporters is a must without any legal basis, simply because they think differently from the mullahs and because their different approach is more appealing to ordinary Iranians, in especially young people, women and intellectuals. There can be no clearer indication of his involvement in the international crime of genocide.

However, AgnÃ¨s Callamard, Secretary General of Amnesty International, called that Raisi be investigated for crimes against humanity and for his involvement in killings, enforced disappearances and acts of torture. UN Secretary-General AntÃ³nio Guterres also issued a damning report on the serious human rights violations that have occurred in Iran. Its report expressed concern at the inhuman treatment and torture inflicted on supporters of opposition groups and their arbitrary condemnation by revolutionary courts for the alleged crime of moharebeh or make war on God, which automatically results in the death penalty. The opposition groups mentioned by Guterres are mainly the PMOI / MEK, again showing that the UN has recognized the crime of genocide. In his report, AntÃ³nio Guterres also expresses his concern at the impunity resulting from past violations such as the 1988 massacre of political prisoners, accuse the Iranian regime to “destroy evidence of the execution of political dissidents and of the harassment and criminal prosecution of the families of the victims calling for truth and accountability”.

In his pre-recorded video speech, filled with lies, cynical abuse, slurs, praise for terrorism and threats to global peace and security, Raisi accused the United States of using the sanctions as an act of war against the ‘Iran. He falsely claimed that the US sanctions had prevented COVID-19 drugs and vaccines from reaching the Iranian people, despite the fact that the sanctions never affected food, medicine, agricultural products and humanitarian goods. It is only the mullahs’ criminal incompetence that spoke out against using all the COVID-19 vaccines from the West, then defaulting on the Sinopharm and Sputnik vaccines from China and Russia, which led to the appalling tragedy of more than 440,000 deaths virus in Iran.

Declaring himself eager to send a message of “rationality, justice and freedom” to the world, Raisi, the suspended prosecutor, whose hands are dripping with the blood of his murdered victims, has carefully avoided any mention of the mullahs’ massive financial and military mass. . support for proxy wars across the Middle East. As the main sponsors of Bashar al-Assad in Syria, Houthi rebels in Yemen, brutal Shiite militias in Iraq, terrorist Hezbollah in Lebanon and Hamas in Gaza, the mullahs are doing nothing for rationality, justice and justice. freedom. Raisi even praise on the terrorist godfather Qasem Soleimani, killed by an American drone strike.

Not surprisingly, Raisi also called on all signatories to the 2015 Joint Comprehensive Plan of Action (JCPOA) nuclear deal to meet their obligations under the terms of the deal. He failed to remind the UN how his regime has repeatedly boasted of violating the serial agreement as it ramped up its uranium enrichment to military grade status. Raisi demanded the lifting of US sanctions as the only way to secure the return of the Iranian regime under the terms of the JCPOA, despite widespread reports that the mullahs’ accession to the nuclear deal was still a fraud and their race for development. of a nuclear bomb never wavered. .

Raisi, as a genocidal murderer, presides over a government of assassins, terrorists and thieves. He should never be allowed to set foot in the West and it should be forbidden to address international conferences, even from a distance. The UN Security Council must now facilitate the prosecution of Ebrahim Raisi and other officials responsible for decades of atrocities and human rights violations, in particular the genocidal massacre of political prisoners in 1988. There must be no have no impunity for mass murderers like Raisi. The recent news that the International Criminal Court (ICC) in The Hague threw a full investigation of Rodrigo Duterte, President of the Philippines, for his involvement in crimes against humanity and murders will send shock waves through Tehran. Duterte’s extrajudicial killings in his so-called war on drugs could now lead to his indictment, arrest and appearance before the ICC. Surely that should pave the way for a similar indictment against Raisi.

Today we must send the clearest message possible to Ebrahim Raisi. His crimes will not be forgotten or forgiven. Its victims and their families are calling for justice. He will have to answer for crimes against humanity, murders, human rights violations and genocide. There is a prison cell in The Hague waiting for him.

Struan Stevenson is the Campaign for Change in Iran (CIC) coordinator. He was a member of the European Parliament representing Scotland (1999-2014), chairman of the Parliament’s delegation for relations with Iraq (2009-14) and chairman of the Friends of a Free Iran intergroup (2004 -14). Struan is also chairman of the In Search of Justice (ISJ) committee on the protection of political freedoms in Iran. He is an international lecturer on the Middle East and president of the European Association for Iraqi Freedom (EIFA).

The opinions expressed in this article are those of the author.