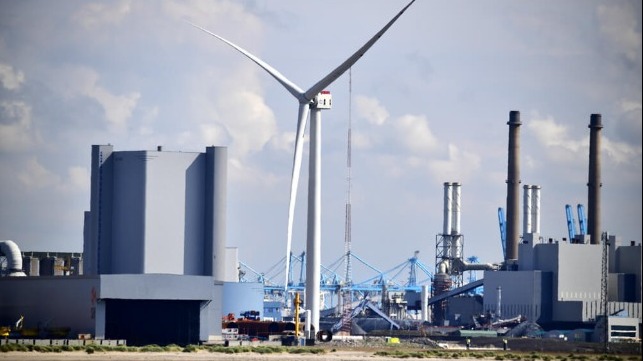 The first wind turbine operating at 14 MW has started to be tested in Rotterdam. This is an important step for the industry which is considering even larger wind turbines capable of operating up to 20 MW. GE Renewable Energy, which manufactures the turbines, noted that the new turbine is an upgraded version of its 13 MW turbine, which received type certification in January 2021.

The new 14 MW turbine has officially started certification measures, making the Haliade-X prototype and GE the first in the industry to operate a turbine at this output power. According to engineers, when the turbine goes into service. up to 74 GWh of gross annual energy production can be generated based on estimates of typical wind conditions at a German site in the North Sea.

Vincent Schellings, CTO, GE Renewable Energy Offshore Wind, said: “We are delighted to announce that the Haliade-X prototype is the industry’s first turbine to successfully operate at 14 MW. When we first commissioned our Haliade-X prototype in November 2019 at 12 MW, we took a big step forward in the industry. Over the past two years, we have learned a lot about operating and optimizing the performance of our Haliade-X platform, which allows us to scale the Haliade-X platform to 14 MW today. .

GE noted that the ability to produce more power from a single turbine means fewer turbines need to be installed in each wind farm. In addition to reducing capital expenditure, it also simplifies operations and maintenance, improving the affordability and accessibility of renewables for customers and consumers.