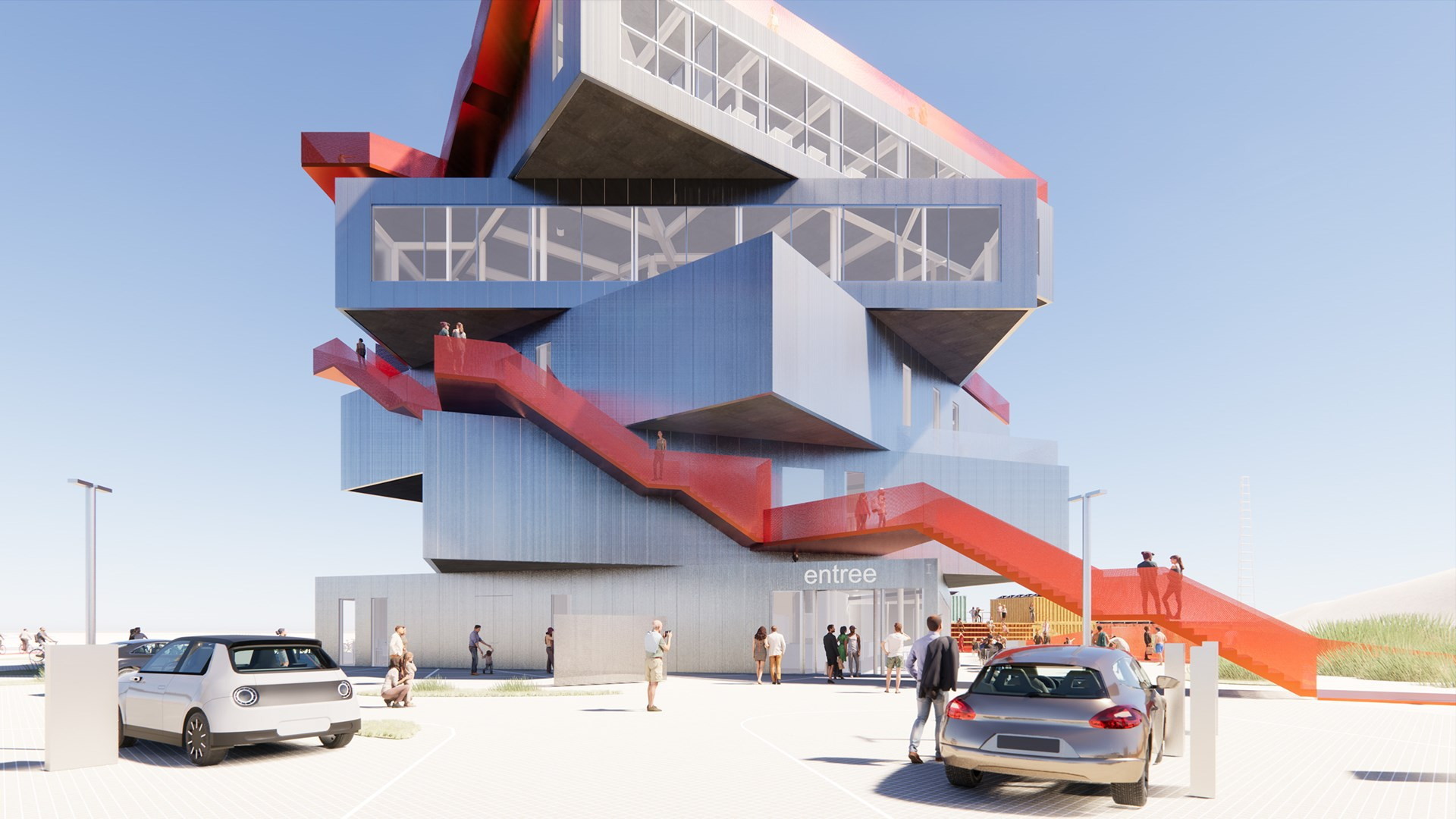 We are used to seeing block-shaped buildings everywhere. However, this new design by Rotterdam-based architecture firm MVRDV goes even further. These five boxes, stacked irregularly on top of each other, will form the Harbor Experience Center, which will be located in the port of Rotterdam in the Netherlands.

The new Harbor Experience Center will open in a well-known location on the beach, and it will stand out from the flat environment. It will occupy an area of â€‹â€‹3,533 square meters (38,029 square feet) and each of the five boxes will represent a floor. Windows are designed for either side of the building, providing panoramic views of Rotterdam’s bustling harbor.

Its floors will be strategically stacked. The cafe on the ground floor will face west, so people can look out over the North Sea and the dunes. Those on the fourth floor will see both the North Sea and the harbor lights during the evening. A large atrium will function as an exhibition space in the center of the building, and it will have an explanatory kinetic sculpture suspended in the middle, with a model of the Port of Rotterdam underfoot.

There will be stairs surrounding the building on the outside and inside leading to the roof. Climbing to the roof, visitors will be able to take a peek at the exhibit inside.

MVRDV says the building will be energy neutral, with steel from demolished structures being used in its construction. Some parts of the facade panels will be made from recycled materials, while the ceilings will be constructed from recycled paper.

The building structure will be removable so that its components can be reused, and the facade panels will be returned to the manufacturer at the end of the building’s life. The energy used will be produced by 266 solar panels and its own windmill.