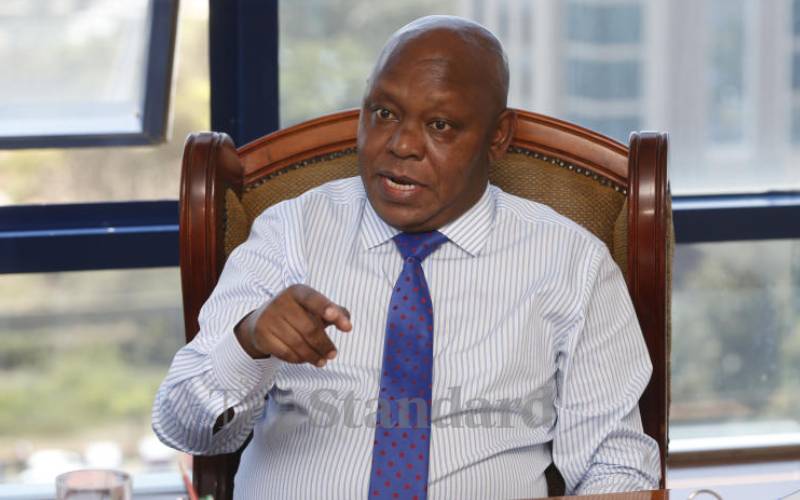 Six witnesses unlikely to testify against lawyer Gicheru in The Hague

Six witnesses who were lined up to testify against lawyer Paul Gicheru are unlikely to appear before the International Criminal Court next week when the trial begins.

The judge rejected an appeal by ICC assistant prosecutor James Stewart to distort and change their voice. She declared the claim with respect to the six moot.

Judge Maria, however, authorized the prosecution to distort the image of witness P-0730.

“The Chamber notes that the following witnesses requested by the prosecution are no longer scheduled to testify at trial: witnesses P-0495, P-0731, P-0732, P-0733, P -0734 and P-0735. Accordingly, he considers it unnecessary to process the request in respect of these witnesses,” Judge Maria said.

According to the prosecution, P-0495 testified that he was promised a job offer anywhere even though he did not have the required qualifications. P-0495 allegedly told P-0613 that he had accepted a bribe of 2.5 million shillings and had also been offered a job as a private security guard.

“Immediately following his encounter with P-0613, P-0495 was intercepted and questioned on bail by OTP investigators; P-0495 admitted to accepting an offer of a bribe in exchange for his removal from the ICC,” Stewart explained.

The prosecutor, in his file, indicates that P-0495 was to provide key evidence linking Vice President William Ruto to the crimes committed by the EPI in Turbo, Kenya.

However, this witness cannot be found.

This is not the first time that the witness has not been found. On November 28, 2013, the prosecution requested the Trial Chamber to seek assistance from the Government of Kenya. They wanted the court to issue a subpoena to compel the witness to come to a suitable place in Kenya to testify.

Gicheru argues that without the witness and without the recording, it is impossible to determine whether the witness was threatened as he claimed. “The OTP did not ask Trial Chamber III to obtain the cooperation of the Government of Kenya to locate and serve a subpoena on P-0495,” argues Gicheru’s lawyer, Michael Karnavas, adding that there is no evidence that he was influenced not to appear. The trial of Gicheru.

In the case, the prosecutor says he needs 57 hours to present his evidence. This includes direct questioning of the witnesses he intends to call.

“However, the prosecution believes that the above estimates for direct examination can be significantly reduced with appropriate use of rule 68(3) to introduce into evidence the previously recorded testimony of certain witnesses,” he said. he continued.

The prosecution will rely on records of investigators contacting witnesses, audio and transcripts of people involved in the ring to sway witnesses, phone data that includes text messages and contacts, and witness bank statements P-0397.

There are also retraction affidavits, expert and analytical reports, and public source documents.

On the other hand, Gicheru says he needs at least three months to interrogate the evidence produced by the prosecutor.

His lawyer, Karvanas, told Judge Samba that due to the number of documents and the reduced number of his team, he does not expect to take less than three months.

He, however, called the case simple, saying they would only rely on court documents and cross-examination of witnesses.

“I’ve been in this business for about 40 years and mine will be a page and a half that includes the signature line. It’s not a very complicated case. »

The use of fast delivery is skyrocketing in the Netherlands