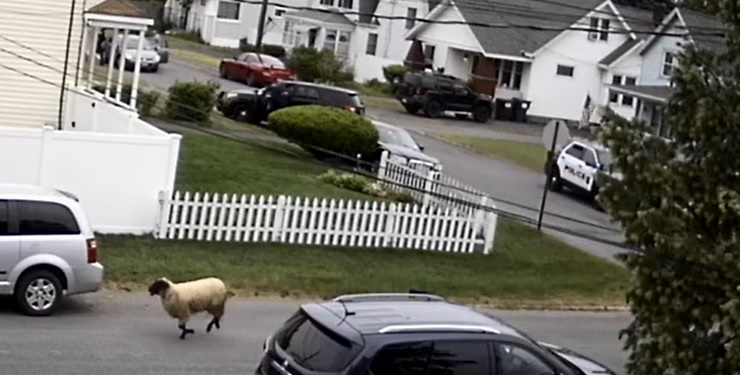 Schenectady Town Police received a call around 11:05 a.m. Friday indicating that there was a sheep roaming free near Broadway and Vischer Avenue, said Sgt. Nick Mannix.

Police made several attempts to catch the sheep as it was heading towards Curry Road in Rotterdam. Surveillance video of Paul and Deborah Garrow showed two police cars driving past the sheep as they took off on Augustine Avenue.

Deborah Garrow said she went to open the door and there the sheep were running away from the cops.

â€œIt was a surprise,â€ she said.

Rotterdam patroller Anthony Varrone said he contacted Abdullalah Halal Live Poultry at 824 Broadway, believing the sheep had escaped. This has.

Varrone said the owners of the business got out and cornered the sheep around 12:30 p.m. in a backyard on Plunkett Avenue.

Varrone said the sheep was not injured.

The owners of the sheep could not be reached for comment.