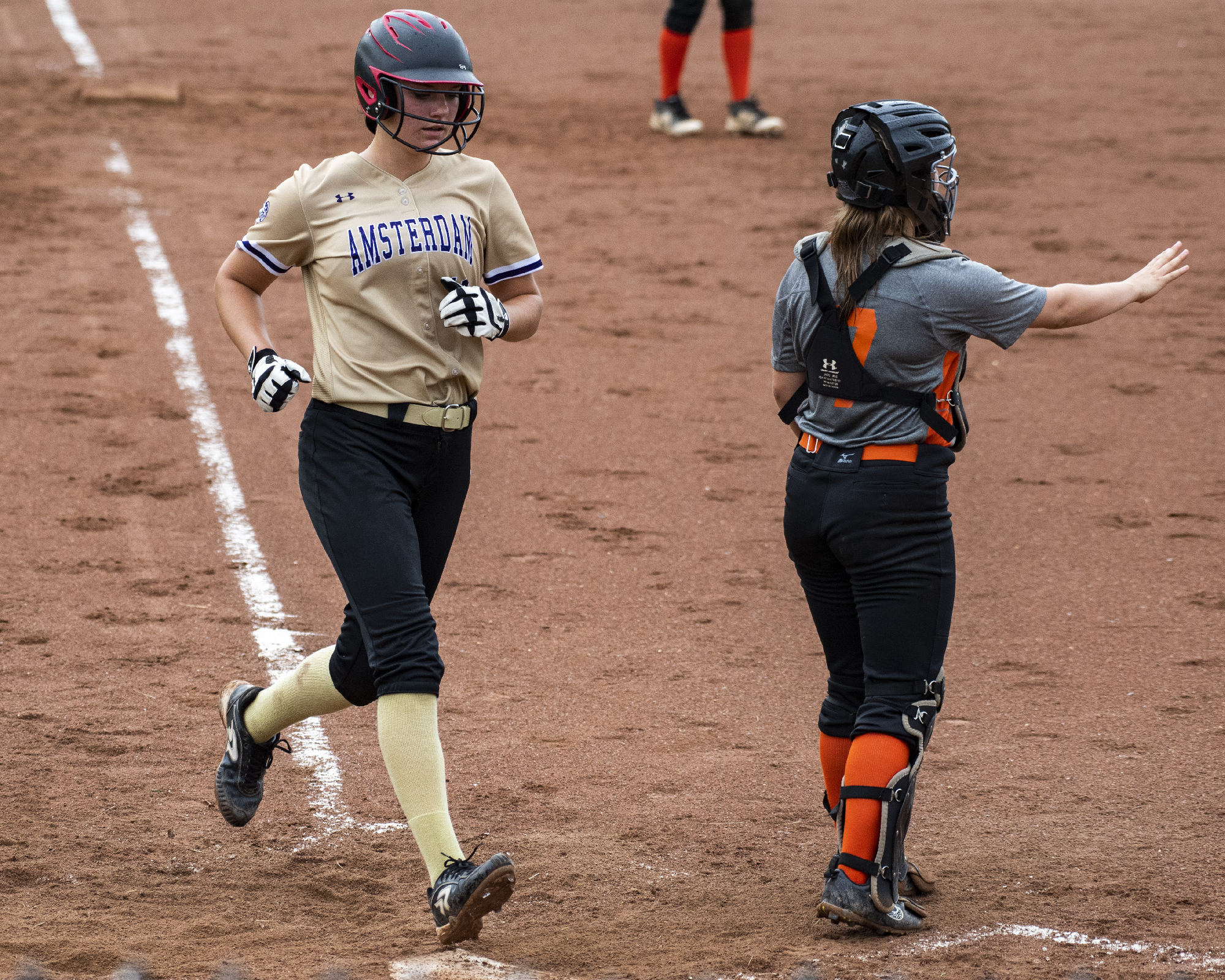 The Amsterdam softball team opened the Class A quarterfinal on Tuesday with five runs early in the first inning en route to an 8-4 win over Mohonasen.

For Mohonasen, Mattison Muller had two RBIs and Amanda O’Connor had three hits.

Amsterdam will face the winner of Burnt Hills and Averill Park, which has been postponed until Wednesday. Averill Park is the seed of the tournament.

Ana Gold and Maggie Lyon each hit a home run in Ballston Spa’s 9-1 win over Saratoga Springs in the Class AA quarterfinals. Gold had four RBIs in the game, which saw Lyon strike out three batters in five innings pitched without allowing an earned run. Also for Ballston Spa, third seed,

Seeded Shenendehowa won 10-0 over Albany. McKenna Barry and Kelsey Higgins each hit a home run for the Plainsmen, and Mariana Abate struck out 15 batters with a one-hit shutout. Becca Zawistowski had a game-high three RBIs.

Clashes between Bethlehem and Colony, and Columbia and Guilderland have been postponed until Wednesday.

In a Class C first-round match, Molly O’Reilly pitched a full game and hit a home run in Saratoga Catholic’s 4-2 win over Voorheesville. O’Reilly struck out a dozen batters in the victory for fifth-seeded Saratoga Catholic.