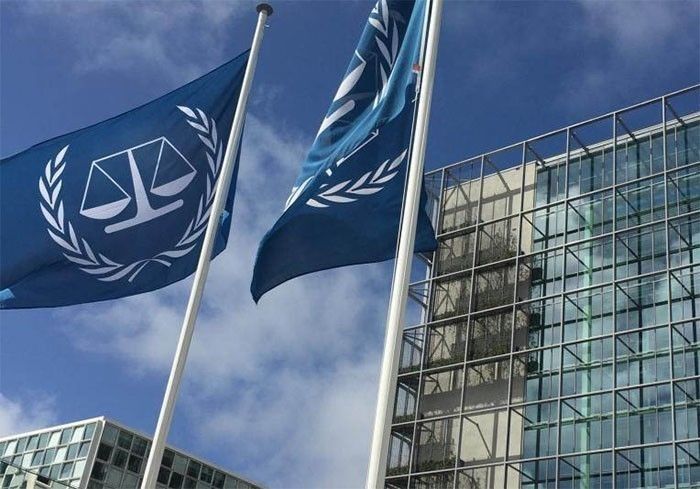 SC: Advocacy vs. withdrawal from the ICC not applicable; petitioners do not have the legal capacity to sue

MANILA, Philippines – Senators, the Philippine Coalition for the International Criminal Court and the Philippine Integrated Bar did not have the legal capacity to challenge the government’s withdrawal from the Rome Statute, the Supreme Court said.

Voting unanimously, the SC, in a decision drafted by Associate Judge Marvic Leonen, rejected the three consolidated petitions challenging the unilateral departure of the Philippine government from the ICC because of its moot nature.

He said: â€œThe president, as the main architect of our foreign policy and as the head of state, is constitutionally empowered to make preliminary decisions about what, at any given time, might be required of. urgently so that our foreign policy can manifest our national interest. “

“In the absence of a clear and convincing demonstration of a violation of the Constitution or of a law, caused by a real and real controversy and by a party which presents direct, material and substantial damage as a result of such a violation, this Court will keep its hand in declaring a diplomatic act unconstitutional, â€the SC said.

President Rodrigo Duterte cited “scandalous” attacks on him and his administration and the allegedly illegal attempt by then ICC prosecutor Fatou Bensouda to bring him under the jurisdiction of The Hague court as grounds for the withdrawal from the country. His announcement came a month after the ICC launched a preliminary review of allegations of extrajudicial killings in the Philippines.

The petitioners went to the SC and demanded that the withdrawal be declared invalid or ineffective for lack of agreement by at least two-thirds of the members of the Senate. The ICC withdrawal went into effect on March 17, 2019, making the Philippines the second country to leave The Hague-based tribunal to prosecute the world’s worst atrocities.

The SC, in its decision released only on Wednesday, said: â€œThe petitions here raise interesting legal questions. However, the factual background of these consolidated cases makes it inappropriate to rule on the issues before this Court.

The SC stressed that it can only rule “in an appropriate and justiciable controversy raised by a party which suffers from direct, substantial and material damage”.

On the side of the senators, the SC stressed that they had not adopted a resolution indicating that the assent had to be obtained before withdrawing from the stature of Rome.

“Such reluctance on this issue means that, as a collegial body, and in its wisdom, the Senate has chosen not to assert any right or prerogative that it considers to belong to it, if any, to limit, balance or otherwise hamper the act of the president, â€added the SC.

Regarding the PCICC and the IBP, the SC noted that people claiming their rights as citizens must meet the following conditions:

The SC had allowed associations to testify on behalf of their members, but in the case of PCICC and IBP, the SC said they had failed to convince the court why they should be heard as groups.

â€œThe defense of human rights as an institution is insufficient. No particular reason has been alleged, let alone proven, why its allegedly injured members could not file a complaint themselves, â€he added.

The SC also noted that the petitions raised a transcendent importance, but “none of the exceptional conditions justifying the exercise of the jurisdiction of this Court is present here”.

The High Court emphasized that the transcendent importance of issues excusing standing should only be justified in extraordinary circumstances.

â€œThe alleged transcendental importance of the issues raised here will be best served where there are actual cases in which the parties involved suffer actual or imminent harm. No prejudice so great and so imminent has been demonstrated here, so that this Court cannot rather rule on the occasion of an appropriate case, â€he added.

The tribunal also said that when the Philippines submitted a Note Verbale on our departure to the Chief of Staff of the Secretary-General of the United Nations on March 16, which was received the next day, the country “has completed the required acts of withdrawal.”

He added that the ICC recognizes the action of the Philippines. “The petitions were therefore moot when they were tabled,” the SC said.

The High Court also noted that the ICC’s announcement of the Philippines’ departure from the Rome Statute “resolves any doubts as to the existence of persistent factual events that can be tried.”

â€œThere are no more unresolved incidents requiring resolution. Any discussion on the withdrawal of the Philippines is, at its stage, only a question of theory, â€he added.

The court also pointed out that the ICC also stressed that the Philippines’ withdrawal from the Rome Statute has no impact on the ongoing proceedings.

â€œAt this point, the interference of this Court and its ruling on what to do would mean an imposition of its will not only on the executive, but also on [ICC] itself â€, declared the SC, adding that it could notâ€œ encroach on matters beyond its competence â€.

The SC then listed the following guidelines for “assessing cases concerning the president’s withdrawal from international agreements:”

The SC considered: â€œAll in all, the grouped petitions are rejected for not having demonstrated their merits. “

“While we applaud the petitioners’ zeal in seeking to ensure that the President acts within the confines of the Constitution, they had no standing to file a complaint. We cannot grant the relief they request,” he said. he added.