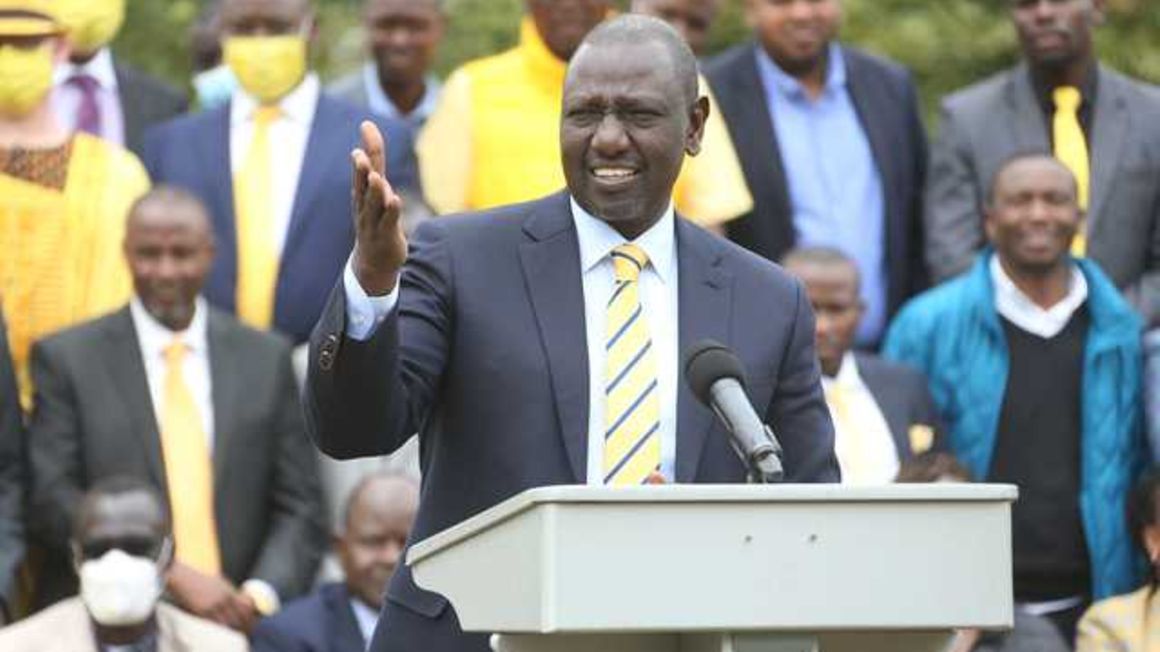 In a protest letter to President Uhuru Kenyatta, Ruto’s United Democratic Alliance (UDA) party denounces police inaction in the face of campaign violence. The letter is copied to the officials of the African Union (AU), the European Union (EU) and the International Criminal Court (ICC).

On the ICC radar

The EU and AU regularly send observers to Kenyan elections, while the ICC has reportedly put Kenya on its radar since being called in to investigate killings and displacements following the disputed 2007 presidential vote. and the worst election-related violence that followed in 2007. 2007 and 2008.

President Kenyatta and Dr Ruto were among six Kenyans initially charged and prosecuted over the post-election violence, before their cases fell apart due to lack of evidence or withdrawal of witnesses.

The trial of a Kenyan lawyer accused of bribing witnesses to defeat Dr Ruto’s case is underway in court in The Hague.

The start of the trial, amid increased political activity in Kenya, has sparked conspiracy theories among the vice president’s supporters about an alleged scheme to thwart his presidential ambitions.

In the protest letter addressed to the president, the UDA accuses the attempts to disrupt the meetings addressed by the DP of a plot to prevent him from campaigning in the alleged strongholds of his main rival Raila Odinga.

Mr Odinga, in his fifth bid for the top seat with President Kenyatta’s backing, steered his supporters away from violence at Dr Ruto’s rallies and accused the DP of crying wolf.

On Thursday, President Kenyatta appeared to dismiss Dr Ruto’s complaints, urging police to ignore alleged attempts to intimidate them in the line of duty.

Political zoning, where candidates and their parties seek to prevent rivals from campaigning within their perceived support base, is a common practice in the Kenyan political landscape, during and out of election season.

Reports from past independent inquiries into election-related violence, including the Justice Waki ​​Commission which investigated the 2007/2008 bloodshed, identified political zoning and ethnic profiling as a key trigger.

The country’s major political parties and prominent politicians, including the two frontrunners – Raila and Ruto – in this year’s race to succeed President Kenyatta, have their grassroots base of support in areas where their respective ethnic communities are demographically dominant.

Ahead of the August election, security agencies and the anti-hate watchdog put many strongholds seen by Mr Odinga and Dr Ruto under surveillance for possible hotbeds of violence and hate speech.

Dr Ruto himself recently had to issue a public apology following reports of hate speech at a public rally he addressed in his garden in Eldoret on January 8.

The rally, one of several he addressed during his campaign tour of three Rift Valley counties considered his political stronghold, was marred by media reports of ethnic incitement or racial slurs attributed to some of his close political allies.

Most sensational were the madoadoa remarks made by Senator Meru Mithika Linturi asking residents not to tolerate among them people opposed to the vice president.

The use of the term madoadoa (kiswhahili for imperfection) on political platforms in Kenya often evokes sensitivities about past politically instigated attacks in the Rift Valley targeting ethnic communities seen as outsiders.

Rising inflation in the Caribbean Netherlands