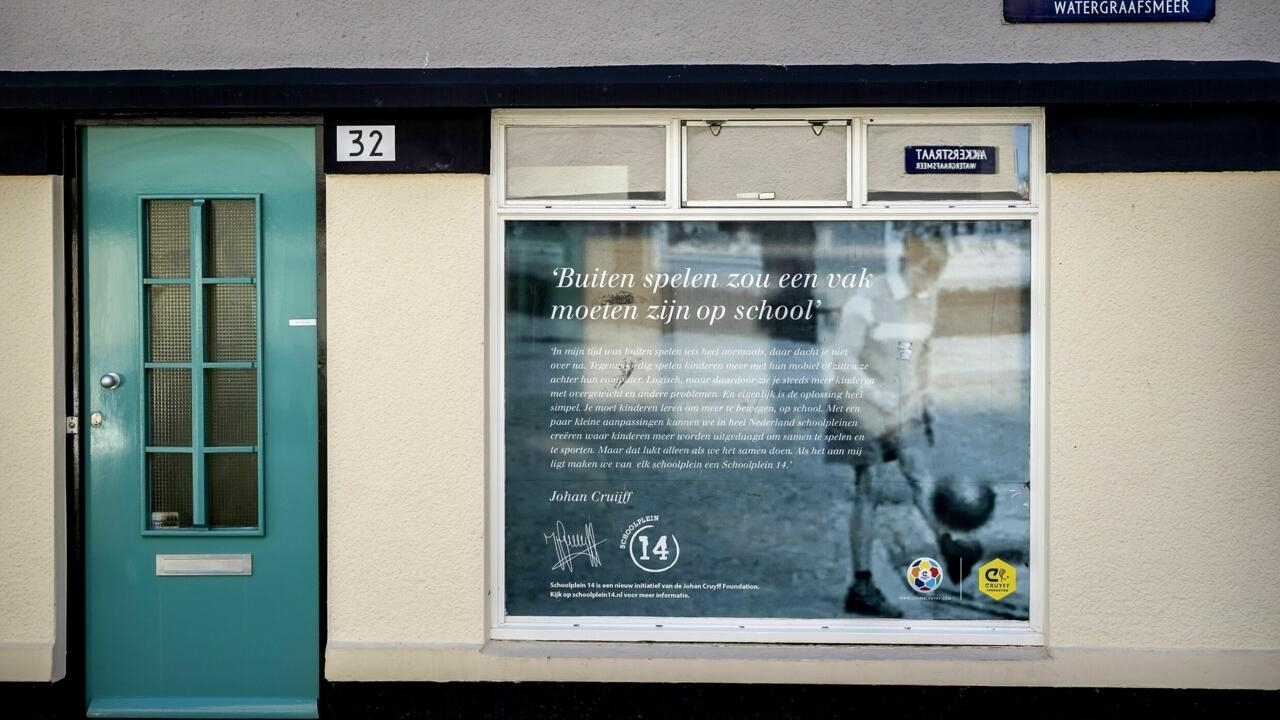 The Hague (AFP) – Football-mad Dutch tenants are vying for the chance to live in a humble and affordable two-bedroom house in Amsterdam where icon Johan Cruyff grew up.

More than 1,500 people have overwhelmed a social housing association seeking the chance to live in the modest concrete house for as little as 157 euros a week.

The Dutch legend and apostle of “total football”, who died in 2016 at the age of 68, spent his childhood in the property where his parents ran a shop.

“Up to the close of applications last night, we had 1,543 applications to consider for the house,” Ymere housing association spokesman Coen Springelkamp told AFP.

The house has become a place of pilgrimage for fans, but plans to officially commemorate Cruyff there have now been scrapped.

“We were considering turning it into a museum, but it was decided to keep it as social housing,” Springelkamp said. “There is a dire need for houses in the Netherlands.”

Cruyff, who led the Netherlands to the 1974 World Cup final, was born in 1947 and grew up in the corner house at 32 Akkerstraat in Betondorp (Concrete Town) in Amsterdam, where his parents ran a fruit and vegetable store.

Built in 1924, the house was part of a municipal project to create inexpensive homes for workers at a time when skilled masons, and even bricks, were in short supply after World War I.

The house is close to the former De Meer stadium – home of Ajax football club until 1996 – where Cruyff spent his formative years.

When Cruyff died six years ago, the front of the house was adorned with a sea of ​​flowers from grieving fans.

Today it still attracts onlookers and there is a window engraved with one of Cruyff’s famous sayings: ‘Playing outside should be a school subject’.

Because social housing is rent-controlled, new occupants, chosen from a shortlist of 10 candidates, will be billed between 630 and 762 euros per month, depending on their income.

The condition of the house – it comes with a back garden and a shed – also added to its high demand, Springelkamp added.

“Who knows, it might even be a family with a budding young football star,” he said.