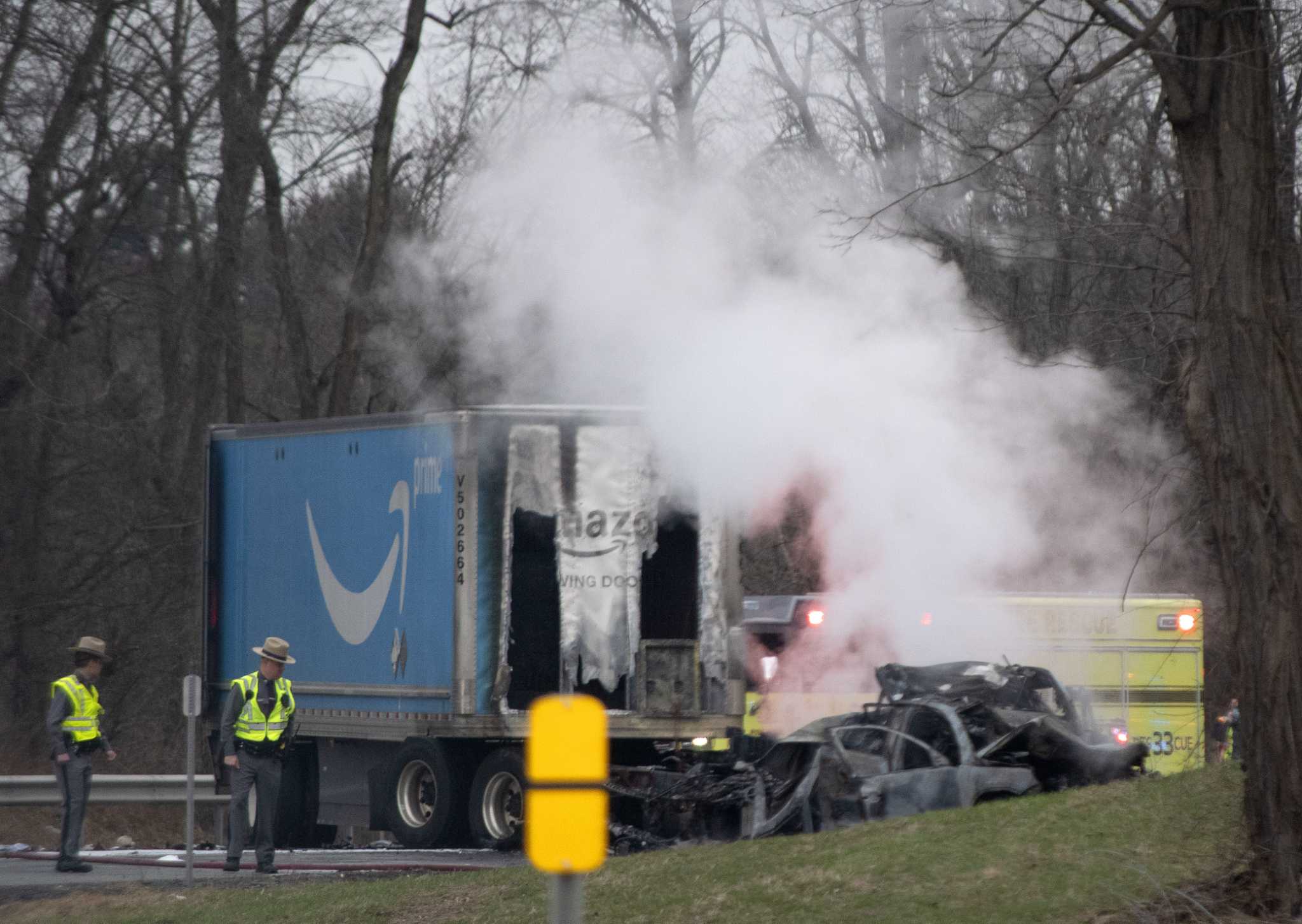 GUILDERLAND — Two people were killed and four injured on the Freeway Thruway on Wednesday when the driver of an Amazon Prime tractor-trailer, unable to avoid traffic that had slowed down due to congestion, hit five cars, it said. the state police.

The crash in the eastbound lanes between Albany and Schenectady just before 8 a.m. claimed the life of Brian M. Harper, 33, of Rotterdam, who was driving a 2014 BMW when he was struck by the Freightliner truck 2012 driven by Larousse Desrosiers, 53, of Boston, Mass.

Harper was pronounced dead at the scene and taken to Ellis Hospital for an autopsy.

The tractor-trailer came to rest after hitting a 2016 Volkswagen, causing both vehicles to catch fire, according to state police.

The driver of the Volkswagen was pronounced dead at the scene by an Albany County coroner and also taken to Ellis Hospital to await an autopsy, troopers said. The name is withheld until the next of kin has been notified.

James G. Fox, 50, of Virginia Beach, Va., was taken to Albany Medical Center with serious injuries and was in critical condition later Wednesday. A passenger in his 2017 Audi, Anthony W. Squillo, 33, of Grenville, was also taken to Albany Med with non-life-threatening injuries.

Samantha E. Bonanno, 35, from Amsterdam, driving a Ford Escape was taken to Ellis Hospital with non-life-threatening injuries, as was Amanda J. Clark, 34, from Schenectady , who was driving a 2018 Nissan Pathfinder.

The accident forced authorities to close all eastbound lanes between exits 24 and 25 for hours afterwards.

The fire damaged the cab of the semi-trailer truck. Desrosiers, who was not injured, was brought to G Troop Headquarters in Colonie for an interview and evaluation by a drug recognition expert, said Private Tara L. McCormick, a spokeswoman for the state police.

“Disability does not appear to be a contributing factor and the investigation is ongoing at this time,” state police said Wednesday evening.

The crash in the eastbound 151.5 mile marker area caused major traffic congestion on the freeway as the morning commute unfolded. Eastbound vehicles were diverted from the Thruway at Exit 25, which connects to Interstate 890. All eastbound lanes reopened around 2:30 p.m.

State Police are asking witnesses to contact Investigator Matthew Spickler at 518-724-7565 for any information.