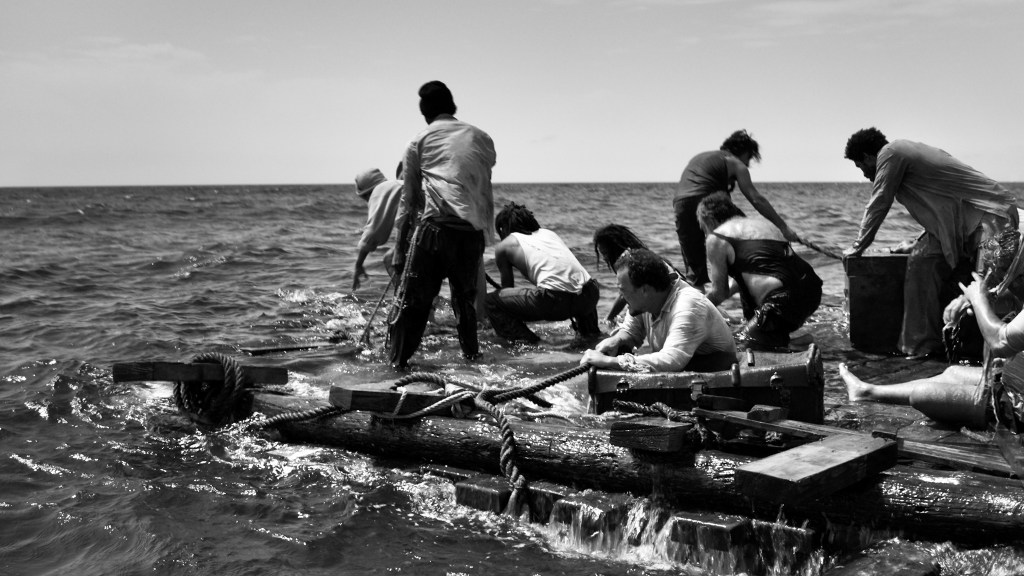 
The closing part of this year’s Rotterdam International Film Festival (IFFR) kicks off on Wednesday with an extensive film and events program that includes a brand new section and a showcase of works by up and coming filmmakers.

The first part of the 50th edition of the IFFR, which took place February 1-7, focused on the main competitions Tiger, Big Screen and Ammodo Tiger Short as well as the Limelight sidebar, an overview of the next art house releases. From February to June, the festival continued to show films from its rich history as part of the IFFR Unleashed: 50/50 program.

A total of 139 feature, short and medium-length films are screened in the Harbor, Bright Future, Cinema Regained, Classics and Short and Mid-Length Film sections. Harbor is the festival’s newest and most important program.

Harbor also presents the international premiere of Tiger Award-winning Japanese director Ikeda Akira’s film “The Blue Danube,” which examines the absurdity of an authoritarian bureaucracy and the pointlessness of war.

Likewise, “Fabian – Going to the Dogs” by Dominik Graf, an adaptation of Erich Kästner’s novel about the tragic, hedonistic and dysfunctional era of the Weimar Republic seen through the eyes of a fatalistic writer; “Capitu and the Chapter”, marking the return to IFFR of Brazilian Júlio Bressane; and Mexican director Ángeles Cruz’s feature debut, “Nudo Mixteco,” which follows three people whose lives intersect in a Mixtec community in the highlands of the Mexican state of Oaxaca.

In his documentary “Birds of America”, Jacques Loeuille examines the life of 19th century naturalist and artist John James Audubon and the current destruction of wild habitats and the extinction of animal life along the Mississippi.

“The goal with Harbor is to find surprises and make discoveries,” says Kaludjercic. “By presenting such extensive programming, the films naturally enter into dialogue with each other. “

Other titles include “Amor fati”, a documentary about intimacy and relationships by Portuguese director Cláudia Varejão; “The belly of the sea” (photo), the work of Spanish director Agustí Villaronga, who combines theater and cinema to tell the story of the sinking of La Méduse in 1816 off the coast of northwest Africa; and “An Unusual Summer”, in which director Kamal Aljafari offers visual fragments of life in a Palestinian neighborhood.

A special edition of Bright Future focuses on the first works of new filmmakers selected by feature film programmers for the unique program of 14 feature films.

American documentaries screened in the section include “Woodlands Dark and Days Bewitched: A History of Folk Horror” by Kier-La Janisse, which explores macabre genre films drawn from folklore and superstition; “All About My Sisters” by Wang Qiong, on the impact of China’s one-child policy on a family; and “Rock Bottom Riser,” Fern Silva’s take on the impact of colonization in Hawaii, from the arrival of the first sailors and Christian preachers to the great telescopes that were erected on the sacred mountain Mauna Kea, which has led to protests from the indigenous population.

Bright Future also features Emilie Serri’s Canadian documentary “Damascus Dreams”, a personal account of the impact of the war in Syria on her family; and the German drama “Thomas der Hochspringer” by Leri Matehha, about a struggling young high jumper who increasingly suffers from his mother’s authoritarian control.

To complete the festival, the Cinema Regained sidebar, dedicated to the history of cinema; the Short & Medium-length selection celebrating the works of artists and experimental cinema; and a showcase of outdoor screenings of IFFR classics.

Some industry events include the IFFR Conferences, in which the festival aims “not only to approach the art of cinema, but also to inspire each other and challenge ourselves with topics that go well beyond cinema ”, explains Kaludjercic.

The program will feature interviews with Fastvold and Graf as well as a discussion of the 1995 Srebrenica massacre during the Bosnian War, subject of “Quo vadis, Aida?” By Jasmila Žbanić? which was screened during the February edition of the festival.

Indian filmmaker Pallavi Paul will discuss freedom and resistance at the festival’s annual freedom conference. Paul explores police violence in Delhi in his film “The Blind Rabbit”, which is screened in the Short & Mid-Length section.

Physical theatrical screenings are expected to take place during the festival and participants are required to take a coronavirus test via testenvoortoegang.nl within 40 hours before visiting the event, even if they are already vaccinated.

The entire film schedule will be accessible online via IFFR.com, with each title being available for a 72-hour window.

Concert halls in the Netherlands will reopen from June 5