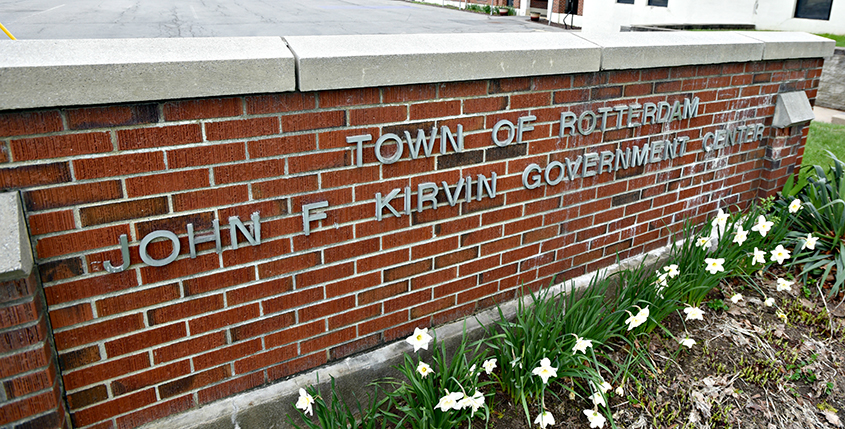 The city of Rotterdam will enter into a three-month contract with former Niskayuna comptroller Paul Sebesta until the city can hire a comptroller to oversee its finance department.

The board voted unanimously Wednesday night to hire Sebesta at a rate of $100 an hour, not to exceed $38,500.

He will help with various financial tasks, including auditing and providing advice to city officials.

Sebesta was recommended to the city and had worked with the city before, supervisor Mollie Collins said before the meeting.

However, the vote did not go without discussion about Sebesta’s past as Niskayuna’s controller and his subsequent departure from that position.

Board member Samantha Miller-Herrera, an attorney, asked if Sebesta would compensate himself if allegations of discrimination or racial bias were made against him.

Sebesta retired from the town of Niskayuna in 2020 after being suspended without pay by town officials when photos surfaced showing him blackfaced as part of a Halloween costume in 2014. He has then was paid $73,000 in unused sick and vacation time by the city. while he was still under investigation for other allegations of discrimination. This investigation concluded that the city could have let him go without payment.

“I don’t want to get into what really happened,” Miller-Herrera said. “I certainly don’t want to denigrate him. If he’s going to provide those services, that’s great. I just want to make sure that if something goes wrong, we don’t have to pay any claims because of it.

Board member Joe Mastroianni said he saw nothing wrong with Sebesta working in town.

“Mr. Sebesta was the victim of a terrible circumstance which was in the vicinity of the George Floyd riots and he had to resign from his post without flinching,” he said. “I don’t see how that would put Rotterdam in a difficult situation I don’t know what you are implying.

Miller-Herrera said she didn’t imply anything, but wanted to make sure the city was protected if anything happened given Sebesta’s history.

“I don’t want to have to shell out $150,000 for investigations,” she said. “I don’t want to pay compensation if something happens. Knowing that there is a story puts us in danger. This makes us responsible. I don’t think we should have that liability insurance, I think he should.

Board member Evan Christou said whenever the city contracts services, they ask if there is insurance.

Collins said the city would make sure he had liability coverage.