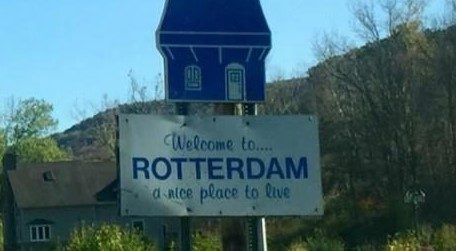 ROTTERDAM – The city council and the city’s superintendent of highways disagree on who to pave city streets and which streets should be paved.

The battle between the city and highway superintendent Larry Lamora ignited Wednesday night during a public comment period at the city council meeting. Lamora spoke to city officials for more than four minutes allotted for public comment when city supervisor Steven Tommasone took a political blow to Lamora.

â€œYou want to blame everyone for your missteps and inability, but you know what?â€ Tommasone said. â€œYou have to live in Rotterdam to be superintendent of the highways. ”

Tommasone said city workers – whom he did not name – told him Lamora did not live in the city.

Lamora said he lived on Evans Road with his mother and owned two additional properties in Rotterdam, one in Glenville and one in Duanesburg.

City council member Joe Guidarelli and city clerk Diane Marco criticized Tommasone after he said at the meeting that he was surprised Lamora did not have an opponent in this year’s election.

The issue between the two sides is whether the city has entered into a one or two year contract with Callanan Industries to pave the city’s roads.

Lamora said the Callanan contract was for one year – 2020 – and included a clause to add a second or third year to the contract if the parties involved agreed. Lamora said the city passed a resolution stating that Callanan would pave the roads until 2021, but he said the resolution did not reflect what was agreed to in the tender contract.

During Lamora’s comments, Tommasone grew increasingly frustrated, shaking his head, and told assistant supervisor Evan Christou that Lamora was lying unaware that the deal was for a two-year contract.

â€œEveryone knows it’s a two-year contract except you,â€ Tommasone said at the meeting.

Documents provided by the municipal broadcast Michael Mastropietro, vice president of Callanan, signed the document noting that they would be doing the paving for this year.

But Lamora said Callanan had returned and asked for more money to do the job. In 2020, the city paid $ 4.73 per square meter of paved road, and then Callanan added surpluses or additional costs, Lamora said. When talking to Callanan about paving the roads this year, Lamora said, the company increased the price to $ 6.95 per square meter and wanted to add half an inch more bitumen to the roads. He said he didn’t want that.

â€œI want to go out to bid again,â€ he said on Friday.

Tommasone said the company has agreed to pay the initial price offered for the project.

Lamora said there was no one to pave the streets this year. He also said There’s a draft plan detailing which streets are slated for paving over the next few years that he doesn’t agree with either. He said the plan allowed him to pave roads this year that he recently paved.

“Why would I go back to pave these roads again,” he asked on Friday.

Tommasone told the meeting that these roads needed to be redone because the infrastructure was not fixed on the first try. He also called Lamora ineffective, saying Lamora is not on schedule that other municipalities follow in determining which roads will be paved. Rather than having a list of roads together for the board in December, Lamora waits until she has traveled the city’s roads in April to prepare her list.

It’s something the city council has worked with over the years, said council member Samantha Miller-Herrera, but it doesn’t make the contracting process any easier. She said she was frustrated with Lamora’s “ability to prepare for something that happens every year.”

The city wants to spend money on infrastructure and road repairs, but wants to make sure it spends the money in a fiscally responsible manner, Miller-Herrera said.

Tommasone said it was time to remove the elected post of superintendent of highways.

“Rotterdam needs a full-time engineer in charge of all DPW (public works department) operations, including the roads department,” he said on Friday. â€œIt is time to eliminate the elected position of superintendent and give a professional engineer the management of these vital operations. Taxpayers will be better served.

Lamora said he would like to have an engineer for the city, but doesn’t think they should oversee all public works departments, including the roads department.

“How is an engineer going to lead the entire workforce in all departments?” He asked.

He also said most cities have an elected superintendent of highways.

â€œPeople have the right to choose who they want to be their highway superintendent,â€ he said.

Rotterdam pediatrician argues smoking in cars with children should be banned