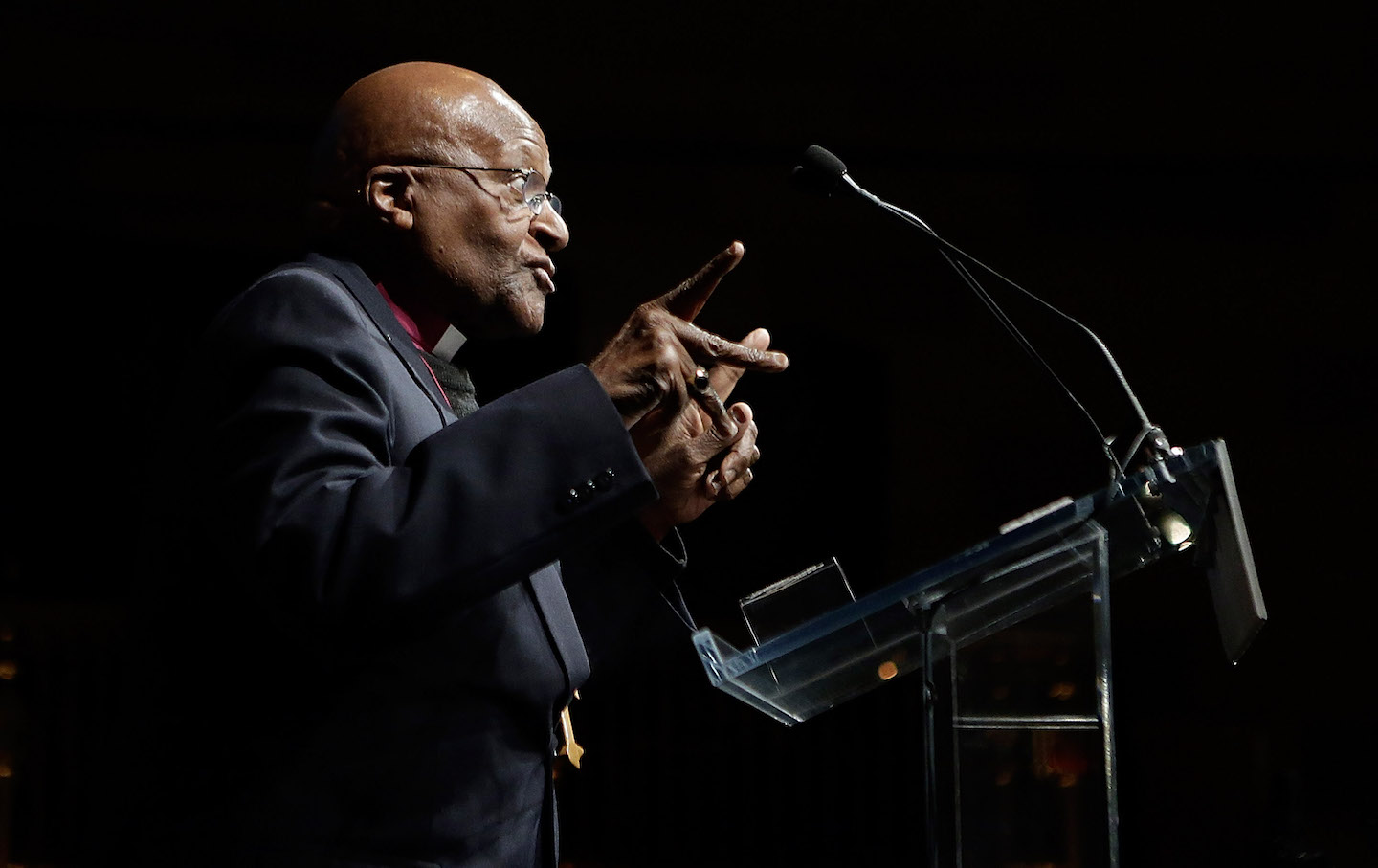 Bishop Desmond Tutu, who passed away sunday at 90, had a genius for speaking truths the powerful tried to avoid hearing. When he delivered his 1984 Nobel Lecture, for example, it was understood that the Anglican priest would condemn the apartheid system that codified racial hatred and violence in his home country, South Africa, and similar systems of racial, social and economic injustice around the world. But Tutu didn’t stop there. He seized the platform to denounce the international military-industrial complex that was expanding, underpinning and sustaining this injustice.

â€œI have spoken a lot about South Africa, firstly because it is the land that I know best, but because it is also a microcosm of the world and an example of what we can to find in other countries to varying degrees – when there is injustice, invariably, peace becomes a victim â€, declared the Archbishop of Cape Town.

In El Salvador, Nicaragua and elsewhere in Latin America, there have been repressive regimes that have aroused opposition in these countries. The citizens oppose each other, sometimes attracting the unnecessary attention and interest of outside powers, who wish to expand their spheres of influence. We see it in the Middle East, Korea, the Philippines, Kampuchea, Vietnam, Ulster, Afghanistan, Mozambique, Angola, Zimbabwe, behind the Iron Curtain.

As a result of global insecurity, nations are engaged in a mad arms race, spending billions of dollars on instruments of destruction, while millions starve to death. And yet, just a fraction of what is so obscenely spent on defense budgets would make a difference in allowing God’s children to fill their stomachs, to be educated, and to have the chance to lead a campaign. fulfilling and happy life. We have the capacity to feed ourselves many times over, but we are haunted daily by the spectacle of the lean dregs of humanity dragging in endless lines, with bowls to collect what the charity of the world has provided, too little too late. . When will we learn, when will the peoples of the world stand up and say, Enough is enough. God created us for fellowship. God created us to be the human family, existing together because we were made for each other. We are not made for exclusive self-sufficiency but for interdependence, and we break the law of our being at our peril. When will we learn that an escalating arms race only worsens global insecurity? We are now much closer to a nuclear holocaust than when our technology and spending were less.

Arguing that â€œwe are inexorably on the road to self-destruction, we are not far from global suicide; and yet it could be so different, â€Tutu preached a gospel of peace and reconciliation. Yet it was not a soft plea to avoid conflict. Tutu went to great lengths to identify the sources of violence, including those responsible for the nuclear arms race.

In a 2017 essay for The nation, he recalled: â€œWhen Nelson Mandela came out free in 1990, after 27 exhausting years behind bars, South Africa began the process of freeing itself not only from its brutal apartheid regime but also from its arsenal of atomic bombs. Like white minority rule, these terrible weapons had weighed heavily on us all, strengthening our status as an outcast nation. Their abolition was essential for our liberation.

In this essay, Tutu called for action on behalf of a global treaty banning nuclear weapons under international law. “With the clash of sabers and the specter of nuclear war looming on the horizon,” he writes, “the imperative to abolish man’s most evil creation – before it comes to us. abolish – is more urgent than ever. New arms races and provocations will lead us inexorably to catastrophe.

What was particularly striking about Tutu’s activism was his determination to challenge powerful nations who claimed to be “responsible” nuclear powers. â€œAll who wield nuclear weapons deserve our contempt,â€ he said. â€œThe development and stockpiling of weapons of mass destruction by a state is morally indefensible. It breeds enmity and mistrust and threatens peace. Radiation unleashed by an American, British or French nuclear bomb is just as deadly as that of a North Korean bomb. Hell and shock waves kill and maim no less indiscriminately.

Tutu was specific in opposing illegal and unnecessary wars, as he did before the United States invaded and occupied Iraq in 2003. Speaking at Marquette University in Milwaukee, where he received the prestigious PÃ¨re Marquette Discovery award the day before the invasion, Tutu concluded his remarks with a passionate embrace of the anti-war movement:

God cries as God watches what we do, what we plan to do to each other. The theory of just war, among others, postulates that a legitimate authority declares and makes war. A war against Iraq unilaterally declared by the United States would be an undeclared war by a legitimate authority and would therefore be immoral. God smiles through tears to see the many people who oppose this war.

It is a big, big country, a generous country, a compassionate country, a country that helped Nelson Mandela out of prison, a country that helped make South Africa free and democratic. It is your heritage, your tradition. Why would you want to tarnish it with a war that most countries of the world oppose? Help wipe tears from God’s eyes. Because God says: “Yes, you and you and you, you can make the difference. You can help me realize my dream that my children, my children, you are a family.

Almost a decade later, the Archbishop refuse attend a conference in Johannesburg because former British Prime Minister Tony Blair was due to appear. Tutu explained that Blair and former President George Bush “made the pitch to behave like playground bullies and keep us further away.”

Instead of profiting from the lucrative profits of the international speaking circuit, Tutu said the former prime minister and former president should stand trial at the International Criminal Court in The Hague. Recounting the history of deception and destruction of Bush and Blair, the Nobel Peace Prize laureate arguedâ€œFor these reasons alone, in a cohesive world, officials should follow the same path as some of their African and Asian peers who have been held to account in The Hague. ”

Archbishop Tutu campaigned for a cohesive world, where all leaders are held accountable for their actions and where advocacy for peace and justice is paramount. It was his great faith and his great promise. Describing presidents, prime ministers and arms dealers who “have held humanity to ransom,” he advised against relying on the powerful. On the contrary, he insisted that it would be up to the people to claim â€œtheir right to live in a safe and harmonious world community, free from this ultimate threatâ€.

â€œOf course, it was not the slave owners who led the struggle for the abolition of slavery. Nor was it the Afrikaners who demolished the apartheid system in South Africa. The oppressed fought for and ultimately obtained their own freedom, â€he explained in his 2017 essay.â€œ Through collective action, we have laid the groundwork for transformative change for the benefit of all . ”