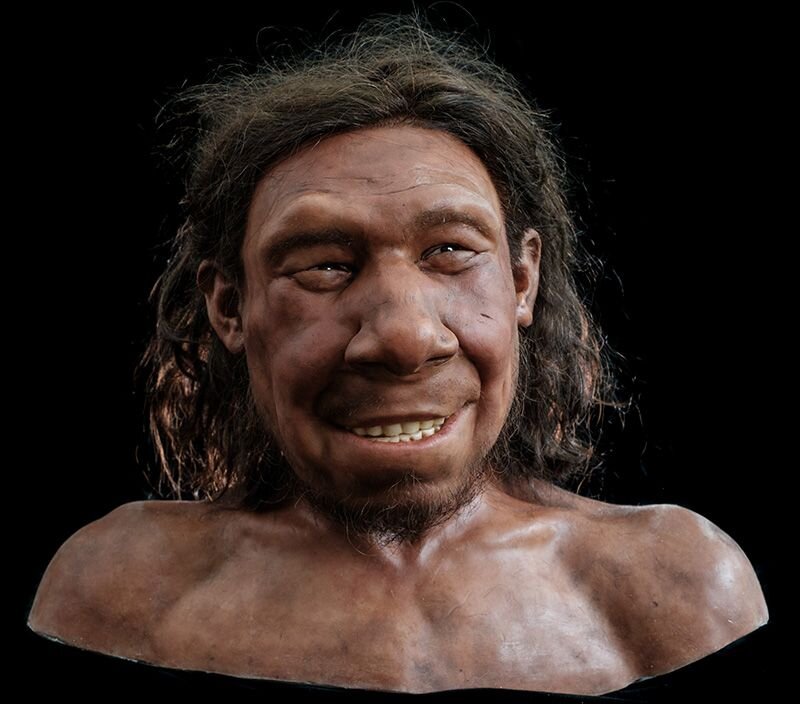 Putting a face on Krijn, the oldest Neanderthal in the Netherlands

A group of paleo-anthropological artists from Kennis & Kennis Reconstructions used their skills to reconstruct the face of Krijn, the first known Neanderthal living in what was once Doggerland. The findings were included in the Rijksmuseum van Oudheden, a Dutch national museum dedicated to exhibiting antiquity material.

Krijn is special for another reason. He is the first Pleistocene hominin ever found under seawater. A fragment of his skull that included parts of his forehead was found in material sucked from the bottom of the North Sea off the coast of the Netherlands in 2001 in an area that was once part of Doggerland. An earlier study of the skull fragment showed that Krijn lived around 50,000 to 70,000 years ago. Researchers also found that it mainly ate meat, although it also ate seafood on occasion. He has been described as probably having a strong and robust build, typical of a young Neanderthal.

Doggerland is the name of an area now under the North Sea that once connected Britain to mainland Europe. Due to colder global temperatures, the ocean level was about 50 meters lower than today. In addition to being home to Neanderthals, the area was also home to creatures such as reindeer, mammoths, and woolly rhinos.

In this new effort, the modelers (the same group that pieced together Ã–tzi the Ice Man) set out to recreate Krijn’s face as faithfully as possible. To that end, they started with his skull fragment with an unusual feature – a small dimple just above the raised eyebrow – evidence of a benign tumor under the skin. The team then used collections of other Neanderthal fossils to help make the face clay. Once the likeness was over, they used their past experience modeling Neanderthal specimens to add other features, such as hair, skin tone, and eye color. They also chose to give the bust character by portraying Krijn as a happy young Neanderthal with a broad smile.

The bust created by the Kennis & Kennis team is now on display at the Rijksmuseum van Oudheden, along with the skull fragment.

Quote: Putting a face on Krijn, the oldest Neanderthal in the Netherlands (2021, September 15) retrieved September 15, 2021 from https://phys.org/news/2021-09-krijn-netherland-oldest-neanderthal .html

This document is subject to copyright. Other than fair use for private study or research purposes, no part may be reproduced without written permission. The content is provided for information only.

Messiah Lutheran from Rotterdam, SafeHaven LGBTQ + to host festival for his new center