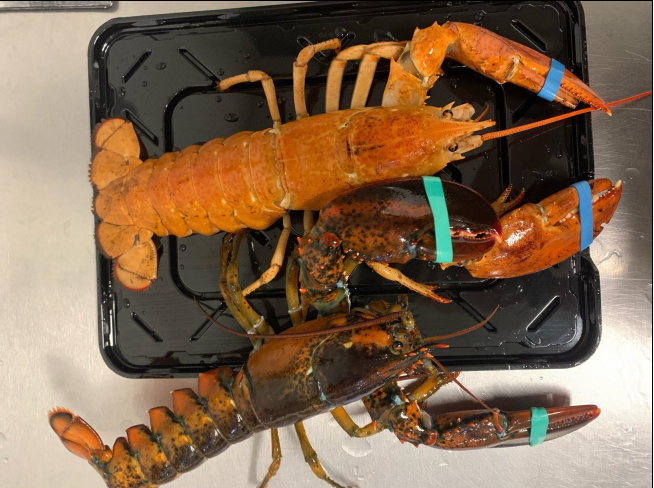 This is a carousel. Use the Next and Previous buttons to navigate

BRUNSWICK – A lobster was rescued from the pot last week after a Price Chopper/Market 32 ​​staff member immediately noticed the orange tint to the lobster’s shell.

When the pigmentation of one of the colors composing the body of the crustacean is accentuated – often due to a genetic mutation – this leads to a blue, white, calico lobster – or in this case, a yellow or orange color.

The unusual sea dweller was immediately spotted by a Market 32 ​​employee in Brunswick as he unloaded lobsters to put in the seafood department’s tank, according to a Price Chopper spokesperson.

Editor doing major nighttime journalism: Price Chopper/Market 32 ​​saved a rare orange lobster last week from the boiling pot; they did the same for 2 more in 2017. I need a place where the video can live for my integration, so here goes. pic.twitter.com/tnehtjA95f

The lobster – as happened to two other orange brothers at Price Choppers five years ago – was donated to the Via Aquarium in Rotterdam on Friday.

An aquarium official could not be immediately reached on Monday about how the lobsters are kept and/or displayed to the public.