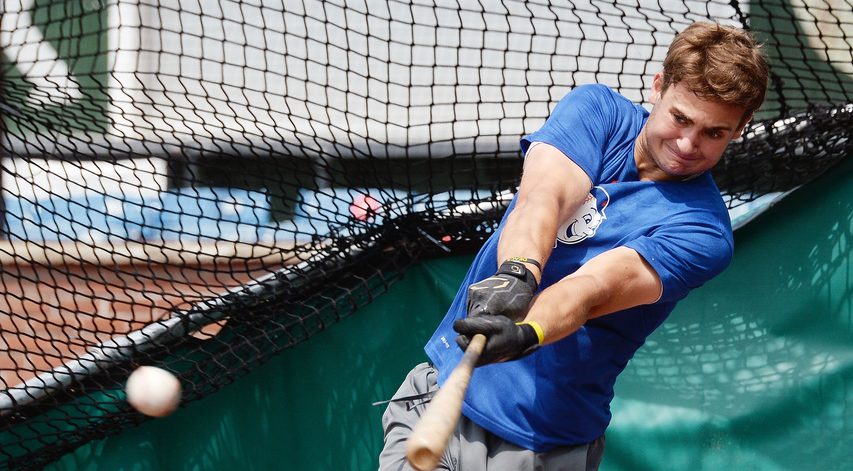 The Amsterdam Mohawks existed in 2020, but not in the form baseball fans have been used to for almost two decades.

With the restrictions brought on by the novel coronavirus pandemic forcing the Perfect Game Collegiate Baseball League to cancel its 2020 season, the Mohawks still managed to take the field, joining two other PGCBL franchises – Albany and Glens Falls – as well as the Albany Athletics from the Albany Twilight League as part of the Independent Collegiate Baseball League, which focused on local players playing in front of crowds limited to family members and a few outdoor restaurant patrons.

This summer, the PGCBL is back and the Mohawks – who open their road season Thursday against the Mohawk Valley DiamondDawgs before playing their home opener against the Albany Dutchmen on Friday – will bring a much more familiar product back to Shuttleworth Park. .

Head coach Keith Griffin, who has led the team to seven league championships since starting his tenure in Amsterdam in 2009, is back by dugout this summer after travel restrictions linked to the pandemic hit him. forced to stay at his home in Florida last year. With Griffin comes a collection of talented players from a number of college power conference programs who will one day aim to join the ranks of the dozens of former Mohawks to be drafted by Major League Baseball clubs.

Here are five of those players to watch this summer in Amsterdam:

Often times, the Mohawk ranks are filled with players who have had limited action in power conference schools and are sent to Amsterdam to get their reps over the summer. This is not the case with Shaw.

The Brimfield, Massachusetts native immediately entered the top of the Maryland roster as a rookie, starting at second base and striking in second place for a Terrapins side battling for a regular season title in the Big Ten Conference.

Oh, and Shaw is Maryland’s leading hitter, posting a .335 batting average with five homers and 28 RBIs as part of a lineup that includes 2019 Mohawks star Maxwell Costes, who spent his summer in Amsterdam at Clear the franchise and league record books for punching power.

With Maryland in the NCAA tournament, Shaw and fellow Terrapins Riley Langerman and Gavin Stellpflug will arrive late in Amsterdam this summer, as will Mohawk contingents from two other NCAA-related teams, Mississippi State and Alabama.

The Mohawks bring in talented players from across the country, but Capital Region products are generally well represented on the roster.

Reinisch, a Shenendehowa High School graduate, has had four hits in 14 batting appearances this season as a freshman at Wake Forest. Some of the Section II stars expected to join him in Amsterdam this season include Connor Bovair from Siena (South Glens Falls) and Brett Young (Albany Academy), Brendan Disonell from USC Upstate (Shenendehowa), Von Baker from Cornell (OESJ) ) and the Marist duo of Danny Moshier (Albany Academy) and Isaac Brown (Troy).

Reinisch is hoping for similar success with the Mohawks to fellow Shenendehowa / Wake Forest infielder Justin Yurchak, who hit .306 for Amsterdam in 2015.

A teammate with Reinisch at Wake Forest, McGraw pitched for the Mohawks in the ICBL last summer and made 19 relief appearances for the Demon Deacons as a rookie this season, posting an earned-run average of 4.42 and striking out 22 batters in 18 1-3 innings. .

A native of Oneonta, McGraw has an electric arm, with his fastball constantly sitting above 95 mph this spring and hitting 99 mph on the radar gun in many places.

Ziehl is another of the Mohawks’ best projected pitchers, although his time in Amsterdam could potentially be cut short depending on what happens in the Major League Baseball Draft in July.

A 6-foot-1 right-hander who plays for Penfield High School near Rochester, Ziehl has signed up for Miami for his college career, but could be selected and signed in the draft, which is scheduled to take place July 11-13.

Ziehl presents a fastball in the mid-90s and, if drafted, will likely be part of a large collection of players with ties to the Mohawks to whom their name will be called this year.

A native of Madison, Alabama, who enlisted in Mississippi state – one of the Mohawks’ most successful sources of top players in recent years, including 2020 first-round pick Justin Foscue and player of the Year 2021 SEC Tanner Allen – Alford is another talented high school student who is due to play in Amsterdam this summer.

The 6-foot-3, 215-pound Alford is one of the best power hitters in the class of 2021, hitting 14 home runs and 17 doubles while hitting .464 during his senior season at Bob High School. Jones. His right-handed power bat should fit neatly within the comfortable confines of Shuttleworth Park.

England and France gain victories before the Euro; Germany and the Netherlands settle for a draw