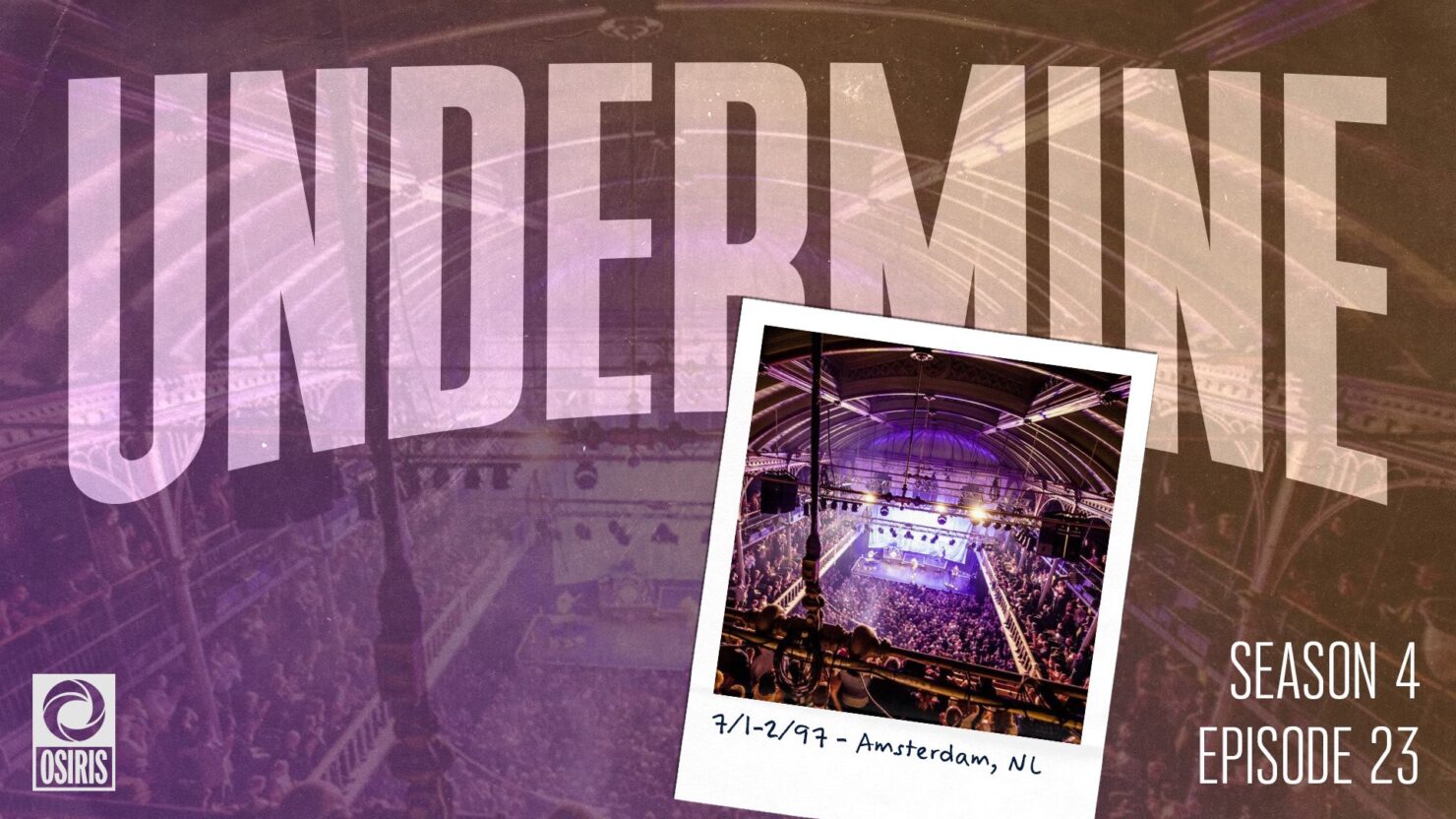 Phishing Podcast Undermine JamBase partners Osiris Media continues to roll out “The Road To Fall ’97” for its fourth season which highlights key shows leading up to the band’s 1997 fall tour. For the latest episode, Phish lyricist hosts Tom Marshall and CEO of Osiris RJ Bee take a look at Phish’s concerts on July 1 and 2, 1997 at Amsterdam‘s intimate Paradiso with guest and occasional JaBase contributor Scott Brands who is well known for his work with phish.net, The Mockingbird Foundation and more.

The discussion started in earnest with Scott giving a bit of his history with Phish, noting that he started seeing the group in the fall of ’97 but that the second night of the race in Amsterdam is among his favorite shows. The conversation then turned to the intimate character of the Paradiso concerts and the high quality of the recordings.

“The shows that came out of the Amsterdam ’97 box set at Paradiso sound pristine,” Marks said. He added: “You wouldn’t even know you were listening to a live broadcast until you heard the audience. There are no crowds at all during the show. It’s really special and I think they’ve done a fantastic job of putting it together.

RJ then asked Tom about some of the material that Phish had recently unveiled at the time, some of which had a darker slant like “Ghost” and “Saw It Again”. Tom notes that “Saw It Again” is definitely nightmarish while “Ghost” is about a “friendly spirit”, something he talked about in depth on the under the scale podcast.

The conversation continues with a deep dive into the music of the Amsterdam 97 race that started with “Ghost”. Marks notes that even at this early stage, the song was already becoming a vehicle for jamming and also heralding the famous funk explosion of the late 90s. Scott then pointed to the infamous “worm” theme with which the band began to play that night, which carried over to the next concert and also to other shows on the European tour. The episode continued with an insightful read of the rest of the race. As always, it’s a fascinating conversation.

Watch the Undermine Amsterdam ’97 episode below: