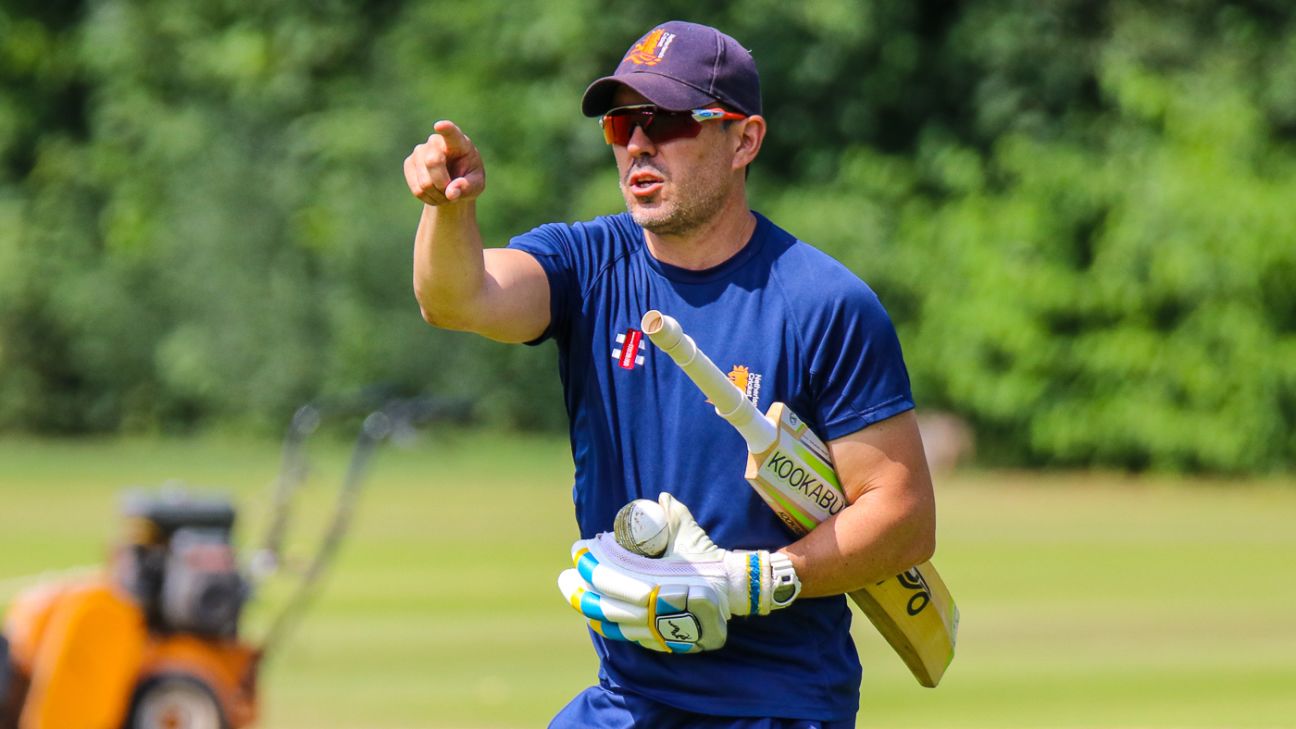 By Rosina B. Goad On Oct 29, 2022
Share
On the long journey from Sydney to Perth, Ryan Campbell struggled to concentrate on watching movies during his flight.

So instead he decided to look at the flight path and his emotions stirred when he realized the plane was flying over Kalgoorlie, the famous mining town in Western Australia where he spent some of his formative years. .

“There was this calm that I felt. I’m home,” Campbell, the former Australian wicket-keeper and Dutch coaching consultant, told ESPNcricinfo.

Two days before the T20 World Cup match between the Netherlands and Pakistan at Optus Stadium, Campbell returned home to Perth for the first time since April. At the time, Campbell enjoyed a long-awaited return after two years due to WA’s strict Covid-19 hard border.

“It was my first time seeing mum and dad since Covid-19. I saw friends and watched the Dockers (from the AFL team) play,” Campbell said. “I was fit and healthy.”

But just days after leaving Perth, Campbell suffered a heart attack in London while playing with his two children in a playground. He received CPR on the spot before spending seven days in an induced coma.

He had only a seven percent chance of survival, but he rallied and has since made a full recovery.

“That’s why anyone who saw me in Perth couldn’t quite believe what had literally happened to me just days after I left,” Campbell said. “They were all shocked.”

Having endured so much, Campbell, who has children aged seven and four, relished spending time with close friends at a bar shortly after arriving in Perth on Friday. Some of them hadn’t seen him since his near-death experience.

“It’s great to be back, almost a bit surreal,” he said. “When we were in Geelong [for the first round], I had a meeting with friends. Guys from Las Vegas, Hong Kong, Perth, Sydney and Melbourne flew in.

“It was emotional to see them, emotional for them too. The grown men were in tears and hugging me. I’m lucky to have these people around me.”

“The grown men were in tears and hugging me. I’m lucky to have these people around me.”

His buddies enjoy rubbing shoulders with him, dubbing him the “Prince of Perth” due to Campbell’s popularity as a flamboyant wicket-keeper batsman. He had also struck up an effective opening partnership with Mike Hussey during WA’s heyday in the late 1990s. He was a local media figurehead after retiring from cricket in 2006 before moving to the foreign.

But that moniker might not be a stretch of the truth with Campbell, who played two ODIs in 2002, warmly welcomed by several patrons of the popular watering hole.

“There were times when I didn’t think I would ever be back in Perth,” he said. “I spent five years in the Netherlands and the previous five years in Hong Kong, but I will always call Perth home. I am the proudest person in this wonderful state.”

While in Perth, he will also be reunited with his parents, having not seen his father since April. “We’ll talk about a lot of nonsense and what’s going on,” he said. “Of course he will have an opinion on cricket, because he always watches it.”

On the Netherlands team bus from the airport to the hotel, Campbell enthusiastically showed off the city’s landmarks to his wide-eyed players who were mostly making their first visit to Perth.

“I’m like a proud dad who wants to show off his babies,” he said. “On the bus I was showing the stadium and the Swan River. The guys were already in love with it.”

After handing over the reins of head coaching to Ryan Cook, the T20 World Cup is a swan song for Campbell with the Netherlands after almost six years. With his young family holed up in the Netherlands, his children fluent in Dutch and proudly supporting the Netherlands at the upcoming FIFA World Cup, Campbell was uncertain about his next move.

“My family is very settled in Europe. The kids are in school. We won’t move unless there’s something set in stone,” Campbell said. “The romantic in me would love to be a coach in Australia, but it’s hard to find a job there. If that means in the UK or elsewhere, so be it.”

Prior to that, Campbell helps lead the Netherlands’ T20 World Cup campaign, which began with memorable first-round navigation.

After losses to Bangladesh and India in the Super 12, Campbell’s local knowledge should help put together a highly competitive effort against an injured Pakistan, whose semi-final dreams are hanging by a thread.

Regardless of the outcome, watching his adopted country play at the 60,000-seat Optus Stadium will cap off a memorable return to Perth for Campbell.

“In my dream, I would like to see Scorchers fans dressed in orange and show their support for the Dutch,” he said. “I can’t wait for the guys to play at the stadium in front of the passionate Perth fans. It will be an amazing experience.”

Tristan Lavalette is a Perth-based journalist