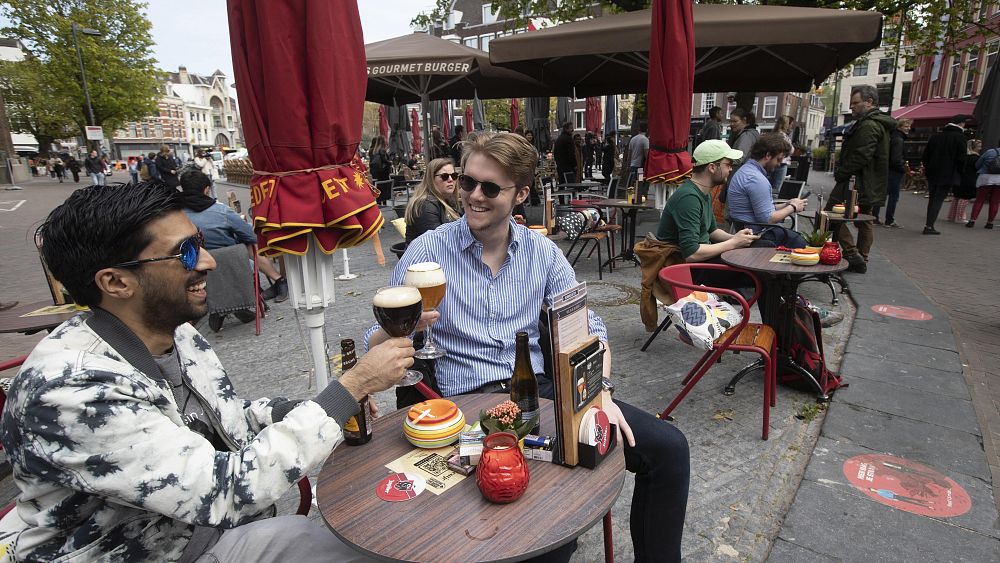 Dutch Prime Minister Mark Rutte said on Friday that the country’s “lockdown” would end from June 5 with the easing of more restrictions on COVID-19.

However, the large venues with 1,000 or more seats can accommodate up to 250 visitors, spaced 1.5 meters apart, the government said. The interior spaces of amusement parks, natural parks and zoos will also reopen.

Groups of four will be allowed to meet outside, the government said, and restaurateurs will now be allowed to serve indoors until 10 p.m.

“The eases that take effect on June 5 will actually mean the end of the lockdown,” Rutte said at a press conference.

“We are taking a calculated risk, but if the sky falls on us next week and the numbers rise again, we will be facing a new situation,” he continued.

Since the start of the health crisis, the Netherlands, which has a population of just over 17 million, has recorded more than 1.5 million cases of COVID-19 and more than 17,500 deaths linked to the disease.

But cases and hospitalizations recently declined with 3,914 new cases on Friday, compared to between 6,000 and 9,000 daily cases in early May.

The average number of hospitalizations was around 115 per day, according to the health ministry.

The Dutch government recently ended the curfew and allowed restaurants and cafes to welcome customers on the terrace at the end of last month.

â€œPeople like me can’t wait to go to a concert, to go to a restaurant,â€ said Rutte.