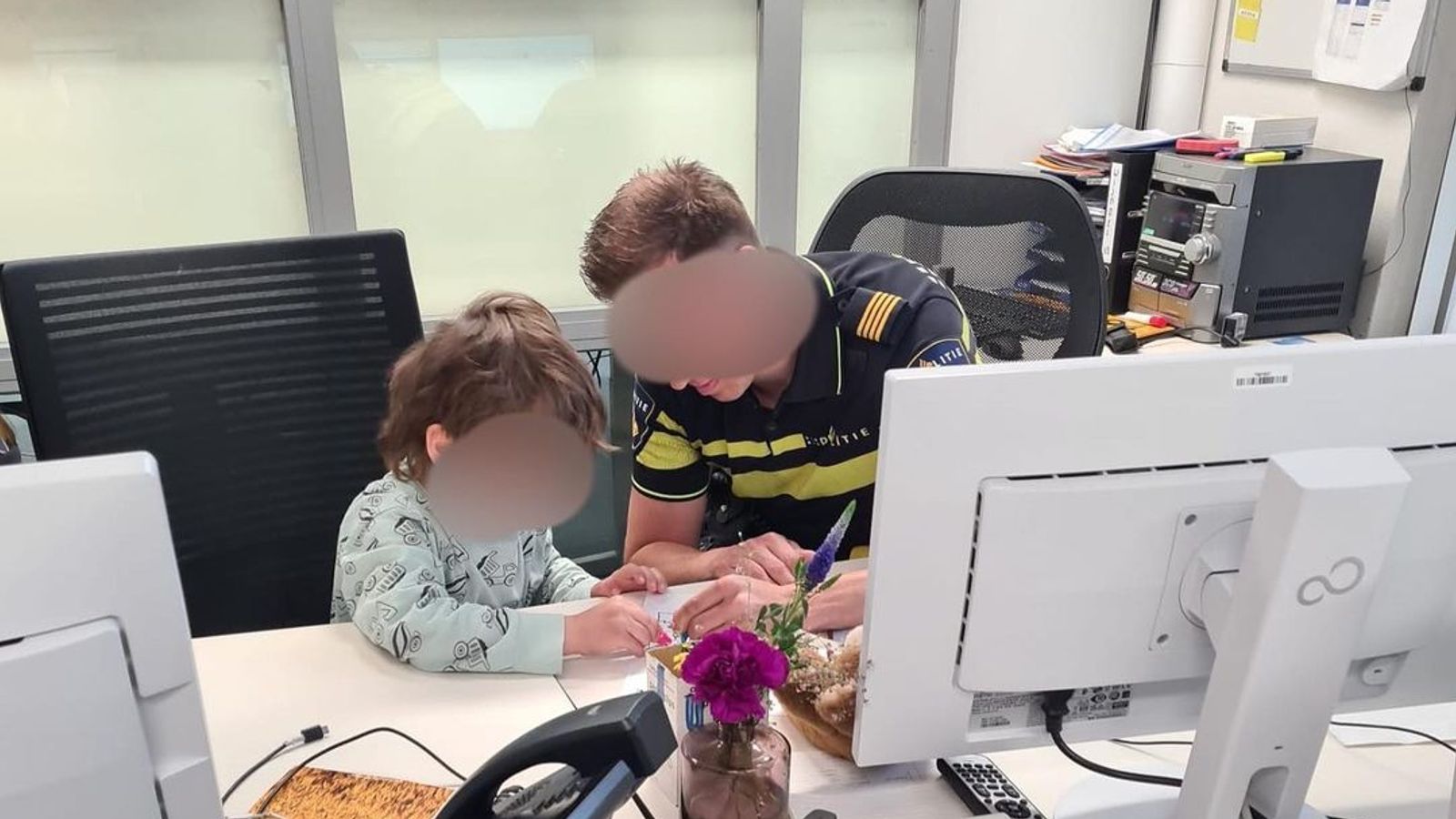 A four-year-old boy has been compared to F1 star Max Verstappen after taking his mother’s car for a spin in the Netherlands.

Utrecht City Police said the child crashed into two parked cars and was found alone by a passerby walking around in pajamas and barefoot on Saturday.

The child had taken the keys to his mother’s car, “to go for a ride”, after waking up on Saturday when his father was leaving for work, according to the police.

On Instagram, the force said they discovered a “new Max Verstappen” and that no one was injured in the incident.

Police contacted the boy’s mother and while he was talking to her on the phone, the boy gestured to steer a steering wheel, leading police to believe he was driving.

Taken to the scene, the child was asked if he knew how the car worked.

Police said he unlocked the car with the keys, put the key in the ignition and went to the clutch with his left foot and pressed the accelerator.

“Fortunately, this mini-pilot’s adventure ended with a bang,” police said.

The child was checked by paramedics and taken to the police station where he was given hot chocolate and asked where he was from.