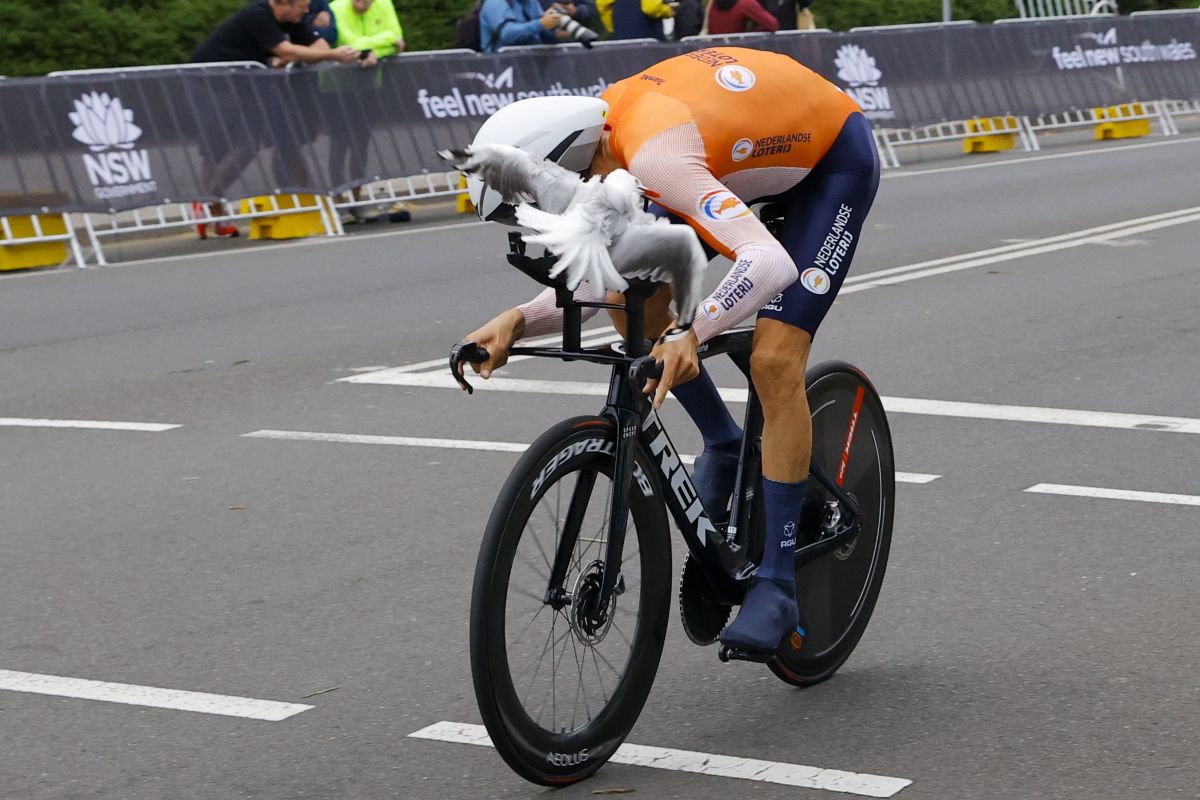 Lightning may never strike the same spot twice, but when it comes to attacking UCI Road World Championship cyclists, the Australian birds seem to have their favourites, as Dutchman Bauke Mollema found at his expense on Wednesday.

The current Dutch national time trial champion and multiple Tour de France stage winner had already been stung while training on Tuesday by a territorially minded magpie as the bird snapped at the back of his helmet.

Then, just 24 hours later, Mollema had a second bird-like close encounter when he was targeted by a seagull while competing for the Netherlands in the TTT mixed relay race. In dramatic footage, the bird collided head-on with Mollema’s left shoulder before flying away.

In a day of setbacks both big and small for the Netherlands team, Mollema had already suffered a mechanical mishap in the same TTT event. Then later, her team-mate Annemiek van Vleuten suffered a dramatic accident at the start which left her with a fractured elbow.

The Dutch team was one of the main favorites in the 28km mixed TTT relay, but ultimately had to settle for fifth place.

Mollema had been left behind by his teammates at the time of the seagull attack, and like Tuesday, was able to keep rolling. He apparently did not stop to speak to reporters in the mixed media area afterwards.

But while the odds of two such collisions in such a short time seem high and it’s unclear why the seagull chose to opt for the Dutchman, the magpie incident is apparently far from it. rare at this time of year in Australia.

Belgian Remco Evenepoel said he was followed and “terrified” by a magpie ahead of the weekend’s time trials, while Grace Brown and Elynor Backstedt have since reported run-ins of their own.

There is a website dedicated to logging magpie attacks – Magpie Alert – which lists over 1,500 attacks this year alone.