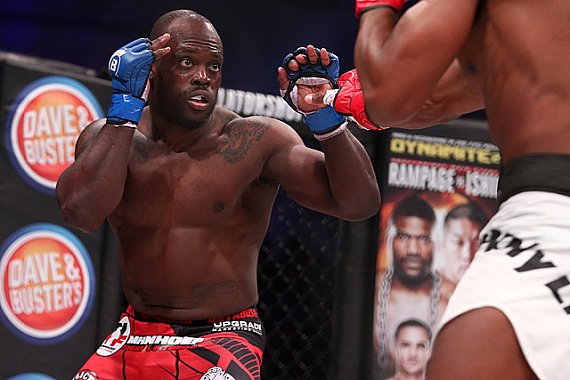 Melvin Manhoef reportedly made a trio of would-be burglars regret targeting his residence.

Manhoef told Dutch outlet Vechtsport Info that he chased down three men who tried to break into his home near Landsmeer, the Netherlands, on Monday. The fighter then allegedly drove the burglars’ vehicle off the road and smashed one of the car’s windows with his bare fists.

Manhoef said he then made the three men wait on their knees until police arrived. The burglars were reportedly seen around Manhoef’s home as he made a promotional visit to Paris for Bellator MMA before making their second robbery attempt.

Manhoef is set to return to action against former UFC title challenger Yoel Romero in a light heavyweight bout at Bellator 280 on May 6 in Paris. This will be his first fight since suffering a second-round TKO loss to Corey Anderson at Bellator 251 in November 2020. The 45-year-old known as “No Mercy” has competed for KSW, Dream, One Championship , Strikeforce and K-1 while compiling a 32-15-1 mark with two no contests.

It’s unclear if the incident will affect Manhoef’s fight against Romero. According to Vechtsport Info, Manhoef had stitches in his hand.

The Netherlands joins forces with India for a global water pact