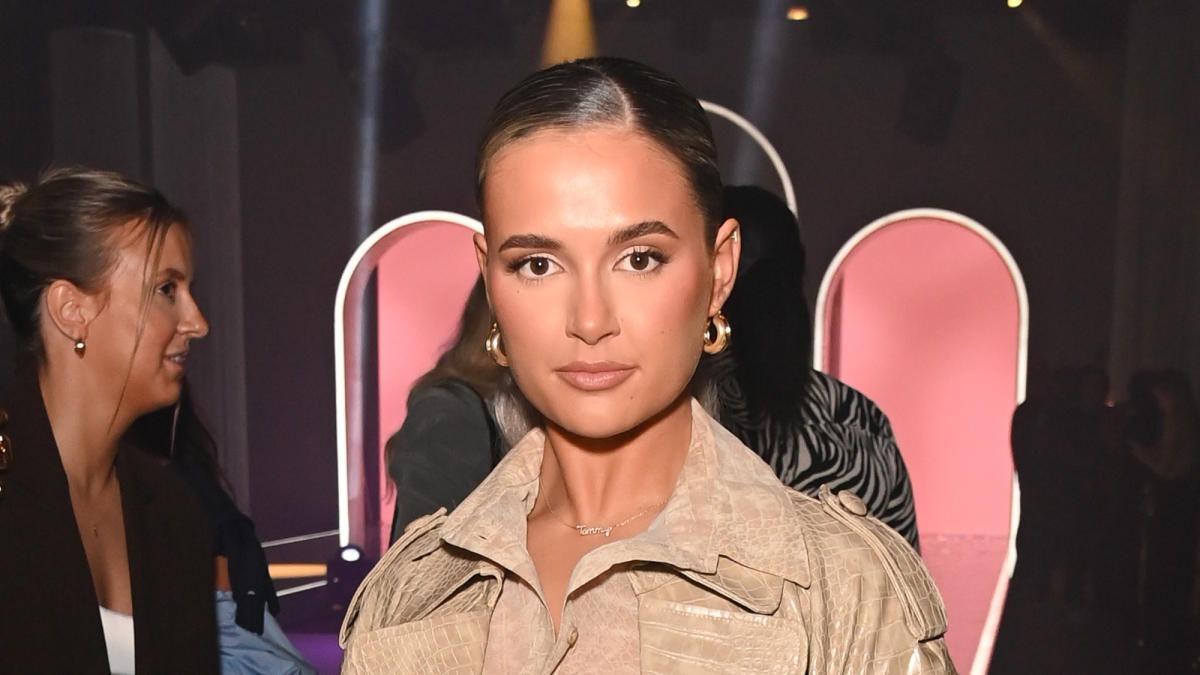 Pregnant Molly-Mae Hague admitted she struggled with her first and second trimester in another candid Q+A.

The the island of love the alum is currently six months pregnant with her first child with boxer Tommy Fury, who she first teamed up with on the 2019 series.

However, it has been far from an easy journey, and while there have been some ups and downs – as sex reveals that confirmed they had a daughter and the elaborate pregnancy announcement – there were also breakdowns, with her hormones leaving her “literally crying every day” and feeling depressed.

Confirming the news on September 25, Hague has been keeping fans updated on her pregnancy since via social media.

In her most recent – ​​a YouTube Q+A about her first two trimesters of pregnancy – the 23-year-old admitted she got very emotional at first which left her struggling to come to terms with her arrival imminent.

“I had extreme emotions up to seven weeks, so from finding out at around seven or eight weeks, I was so, so, so emotional. I literally cried every day.

Read more: ‘Love Island’: Maya Jama has confirmed that she will replace Laura Whitmore as host

“Emotions were very high and I felt very sad – which was very weird because all of our dreams had come true,” she said.

“I had gotten pregnant, I was so, so happy but I couldn’t feel that happiness yet. Until eight weeks I felt quite sad, which I didn’t expect.”

She also revealed that she had had some difficult cravings and said: “Hunger was unlike anything I’ve ever experienced.

“I knew pregnant women ‘eat for two’ and you were hungry, but I didn’t realize that was a clinical and medical thing.”

The couple’s baby is due in early 2023 and will be one of a growing number of babies from the island of love couples.

Jess and Dom Lever, another hit couple from the 2017 series, also have a baby boy together, born in December 2019.

They say nothing stays the same is a stunning masterpiece