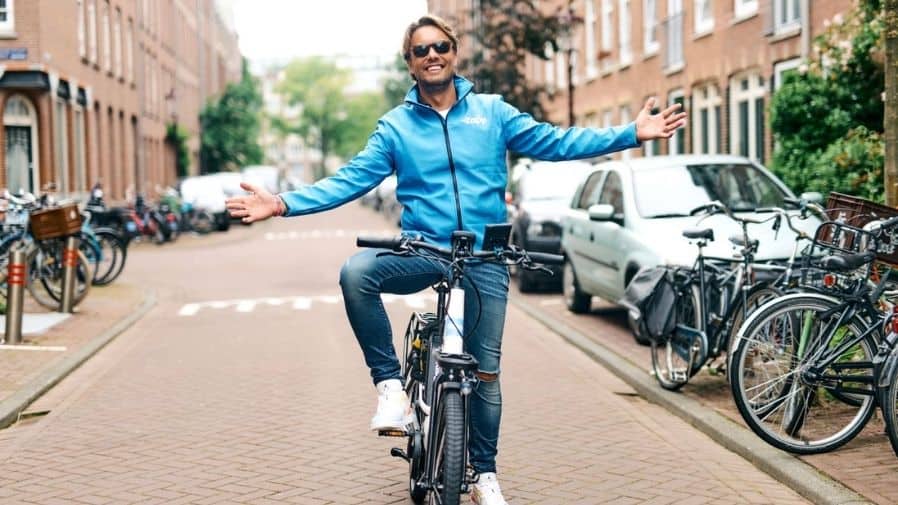 Already, the on-demand grocery app and startups are creating waves in the UK tech startup industry. And to stay in this battle for the dominance of food delivery, they are now expanding their presence and crossing European borders.

Recently, London-based company Zapplication, one of the fastest growing grocery delivery startups, has now launched in Amsterdam. The Netherlands marks the official start of Zapp’s international expansion, headquartered in the UK, with more European cities to follow soon.

Zapp services will be available at Amsterdam Ring, with Amsterdam Noord and Buitenveldert to follow. The extension to other Dutch cities is planned in the near future. If we look at the Zapp careers page, it is probably in Rotterdam that they have a job offer, so one can expect their services in the city soon.

Zapp also announced that Dutch entrepreneur and celebrity icon Bas Smit has become an investor with the expansion movement. When questioned, the amount of the investment was not disclosed. Bas first discovered the business through his long-standing friendship with the founders of Zapp and decided to get involved as he saw it becoming popular among his friends in London.

â€œI’m Zapp’s biggest fan after seeing how friends in London have been won over by the service,â€ says Bas. “From the start I knew we needed Zapp in the Netherlands and I’m delighted to help make that happen.”

The app’s products will include global brands such as Ben & Jerry’s and Heineken, as well as local Dutch brands such as Vlaamsch Broodhuys, De Pindakaaswinkel and Gebrouwen Door Vrouwen.

So how does it work?

Download the app, select your items, place an order and get delivery within 20 minutes and there is no minimum order. A flat-rate delivery charge of â‚¬ 1.80 is charged per order – for orders over â‚¬ 30, the delivery charge is waived.

Zapp was founded in London in 2020 by seasoned entrepreneurs Joe Falter, who was part of the founding team of Jumia, where he led the on-demand services business until the group’s IPO, and Navid Hadzaad, who was most recently product manager at Amazon’s Seattle headquarters after founding GoButler and developing several projects at Rocket Internet. Zapp’s management team also includes former employees of Deliveroo, Just Eat, Domino’s and Tesco.

The company is backed by some of the world’s biggest investors, including Lightspeed in Silicon Valley and Atomico in Europe, the venture capital firm that previously invested in MessageBird, one of Amsterdam’s most successful tech settlements. Notable angels, such as Mato Peric, Christopher North (former CEO of Amazon UK) and Stefan Smalla (CEO of Westwing) have also invested in Zapp.

Zapp operates a fully electric fleet, using a mix of electric bikes and electric mopeds, and the products come in recyclable paper bags. More recently, the startup has partnered with Planetly to monitor and reduce its carbon footprint and invest in a number of carbon offset projects.

“Zapp is building the future of convenience and that future must be sustainable,” said Steve O’Hear, vice president of strategy at Zapp. â€œOur delivery fleet has been fully electric from day one, we only use sustainable materials for our own delivery packaging and we are committed to finding other ways to reduce our emissions as we grow the business. while compensating where this is not yet possible. “