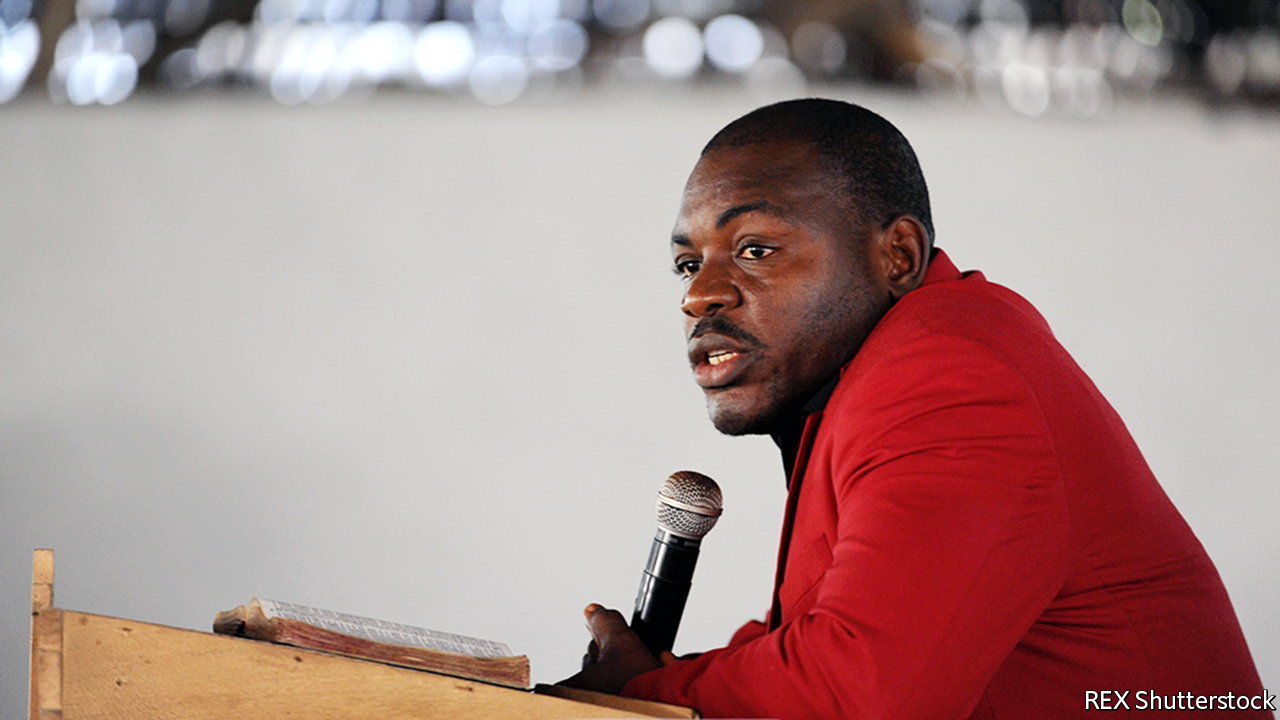 “THERE WAS lots of blood everywhere, ”Patricia recalls, her voice broken. She survived the night of 1990 when government soldiers shot dead around 600 civilians who had taken shelter from the civil war in Liberia at the Lutheran church in Monrovia, the capital. “We have seen pregnant women with open bellies, children on their mothers, suck, cry.

Today, not far from the church marked by the bullets, golden letters on the Temple of Justice declare: “Justice be done to all”. Yet not a single person has been sentenced in Liberia for the massacre or for any war crimes committed during the consecutive civil wars between 1989 and 2003, in which an estimated 250,000 people were killed.

Much has changed since the end of the conflict. Clinics and schools have sprung up, paved roads are buzzing with traffic and, most importantly, peace has endured. Yet, Afrobarometer, a pollster, found that in 2018, half of the population had paid a bribe the year before. Rape of women and children is too frequent. The murders too. Two sons of former presidents have been killed since September. Some human rights activists accuse a culture of impunity that dates back to wars.

Impunity is not difficult to spot. Prince Johnson, an influential senator, is a former warlord who, in a video available on YouTube, can be seen drinking a Budweiser beer and barking instructions as his men cut off an elder’s ear president, Samuel Doe, in 1990. Mr Johnson, who admitted that his men killed Doe, declined to comment beyond saying, “There is no need to dwell on the past.”

George Boley, a congressman, is another former rebel leader who was kicked out of America over allegations his men burned captives alive and raped villagers before slitting their throats. Charles Taylor, a warlord and former president, was convicted of war crimes by the International Criminal Court in The Hague for atrocities committed in the civil war in neighboring Sierra Leone. He is now in prison in Britain. But he has never been brought to justice for his alleged crimes in Liberia itself.

In 2009, the country’s Truth and Reconciliation Commission (CVR) recommended that some of the most violent warlords be brought to justice. But this recommendation was not followed by the government of Ellen Johnson Sirleaf, who was then president. Activists and politicians, including Congressman Rustonlyn Dennis, are trying to revive the idea, protesting and proposing a bill. “This country is never going to move forward if people don’t take responsibility,” says Dennis. Others say a court is needed to deter people from taking up arms again. “Without punishment, there will be no peace,” said Dempster Brown of the Liberia Independent National Human Rights Commission.

Still, not everyone is in favor of testing. Sam Walker of the Liberia Peace and Reconciliation Forum, a group opposed to the tribunal, claims it would be a “witch hunt” and even claims it could reignite conflict. He prefers alternatives, such as making victims and attackers speak. Others are worried about the price to pay, given that the Sierra Leone Special Court cost around $ 300 million. “What do we favor? asks Meo Beyan, Deputy Minister of Justice, listing urgent needs such as employment, education and health care.

Yet, many suspect that President George Weah’s own concerns are the real obstacle. His candidacy for the presidency in 2017 was backed by Mr Johnson, whom Mr Weah would welcome support in the next election, in 2023. In 2019, he attempted to send the matter to a tribunal to the Senate, which advised against “Reopen old wounds.” ”.

Although the government is dragging its feet, a tribunal has some odd supporters. Joshua Blahyi (pictured), known as General Butt Naked, led a group of drugged child soldiers who often fought while wearing only sneakers and charms He told the CVR he was responsible for the deaths of 20,000 people. Today he claims to be a repentant Christian, and despite his documented history of almost incomprehensible violence, he is entirely at liberty. Is he in favor of a war crimes tribunal, even if he could jail him for the rest of his life? “Definitely,” he said. “This is Liberia’s only hope. ■

The Netherlands reaches 24% BEV in October!