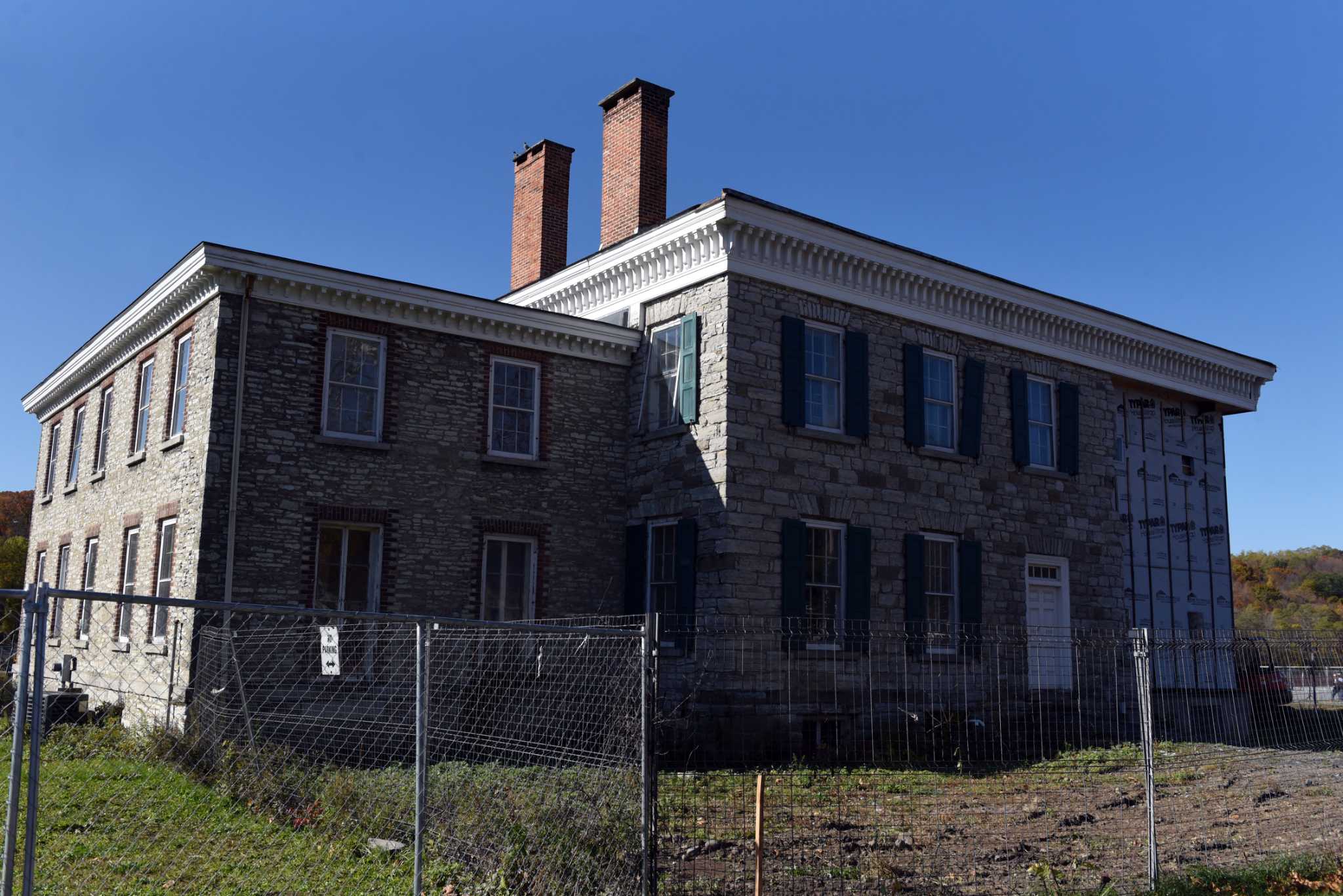 Launch of the project to safeguard the monument of Amsterdam

AMSTERDAM — State officials announced on Friday the launch of a restoration project for a canal-side monument in Amsterdam that was badly damaged in the 2011 tropical storms.

The first phase of work at Guy Park Manor, listed on the National Register of Historic Places, includes preservation and rehabilitation of the mansion and interventions to ensure the structure is more resilient to future weather events, according to the New York Power Authority, which now oversees the canal system where the mansion is located.

The building will be raised 3.6 feet to place the first floor seven feet above the 100-year flood elevation. A new reinforced concrete foundation will be poured and flood vents will be installed in the basement walls. Repairs will be made to the masonry facade, a new slate roof will be added and the chimneys, windows and doors will be restored. The south porch will be rebuilt to include a wheelchair accessible lift.

The interior will be finished to incorporate new exhibits developed in partnership with the Erie Canal Museum in Syracuse and multi-purpose rooms available for community use. New heating and cooling, electrical, plumbing, and fire and security protection systems will be installed. The interior work will also include the removal of asbestos and the restoration of fireplaces, stairs, parquet floors and woodwork.

The second phase will focus on creating an educational landscape and demonstration gardens to support public parks and recreation programs for the community and visitors to Amsterdam, including those traveling the Erie Canal and the Empire State Trail. The new design includes the installation of landscape earthen berms to help protect the mansion and property from the elements.

The park will incorporate opportunities for interaction and engagement with water, ecosystems and native landscape habitats. It will also offer an outdoor pavilion. Public safety upgrades and the addition of a stairway on the south side will allow the movable dam to function as a walkway connecting the 12-acre park on the north side to the Empire State Trail on the south side of the canal and river . A new fishing platform and a new kayak launch will be built.

The mansion rehabilitation was designed by Synthesis Architects of Schenectady. Work on the building will be carried out by the VMJR companies of Glens Falls. The environmental education community park and amenities were designed by WRT Design of Philadelphia.

The project is made possible through the Reimagine the Canals initiative. Several executives of the electrical authority, Canal Corp. and elected positions attended a rally Friday at the site, which is also along the Mohawk River and Lock E-11.

Amsterdam Mayor Michael Cinquanti noted in a statement that in two years the mansion will be 250 years old, so the investment “will ensure that our city’s most treasured monument from the colonial era will celebrate this anniversary. in immaculate condition and will serve as the functional centerpiece of a unique and educational canalside experience.

Power Authority Interim President and CEO Justin E. Driscoll said, “In investing in the rehabilitation of Guy Park Manor, we are investing in environmental education, community development and the revitalization of riverside communities to generations to come.