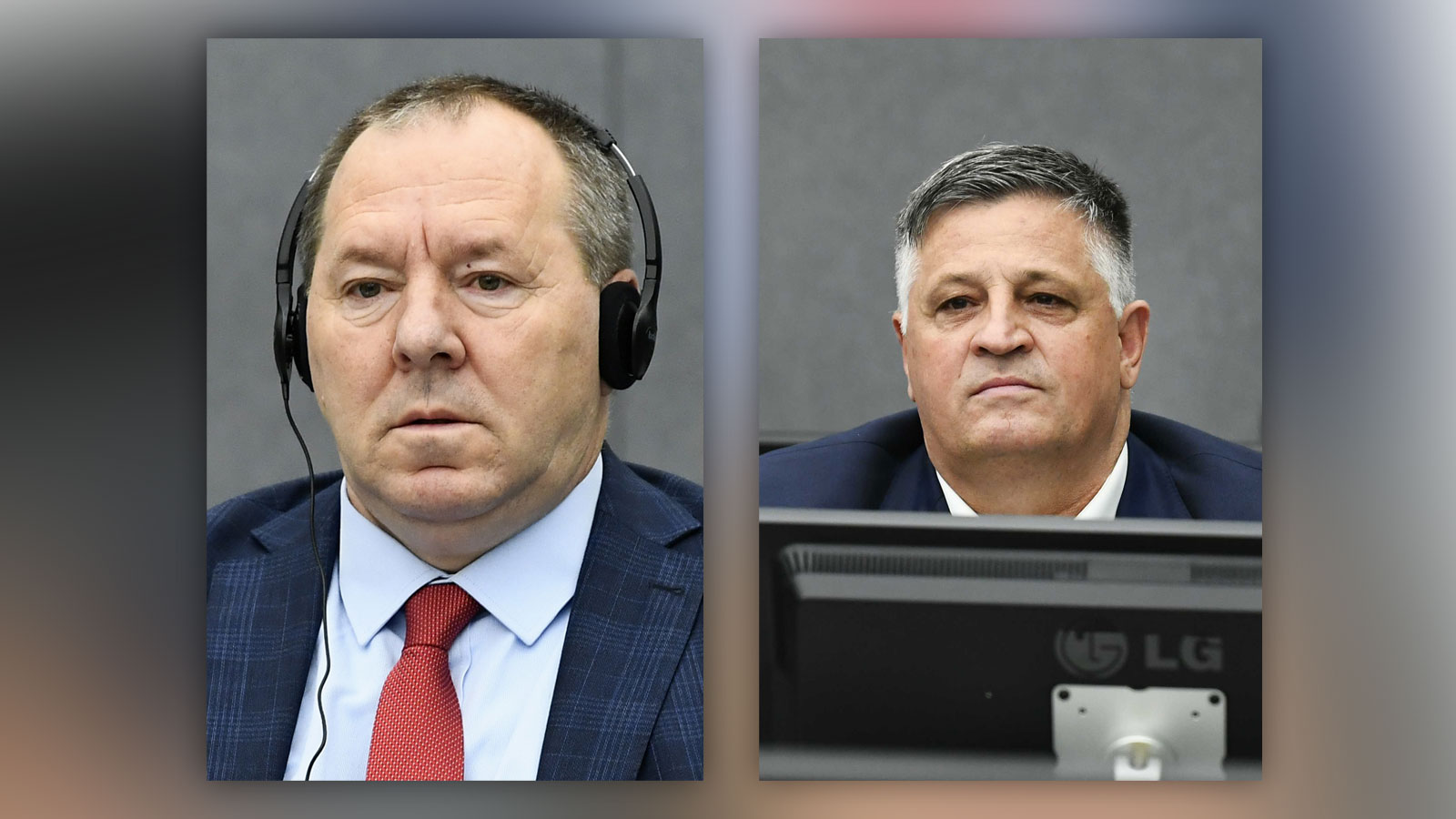 On the first day of closing statements in the trial of Hysni Gucati and Nasim Haradinaj before the Kosovo Specialized Chambers in The Hague on Monday, prosecutor Valeria Bolici claimed that the defendants wanted to undermine the so-called “special court”, that they believe to be unfairly trying to prosecute ex-Kosovo Liberation Army guerrillas for war crimes.

“During 15 public appearances and statements, the defendants said they were carrying out these actions with the aim of dispersing this court, so that this court would be dissolved,” Bolici said.

Gucati and Haradinaj, the leader and deputy leader of the KLA veterans’ organization, are charged with obstruction of justice and intimidation of witnesses.

The two men were charged after receiving batches of legal documents leaked by the specialized chambers, which contained confidential information on protected witnesses in cases against ex-KLA guerrillas, and urged Kosovo media to publish excerpts. They both pleaded not guilty.

As evidence of their alleged motive, the prosecution showed video recordings of the defendants appearing on Kosovo television broadcasts and saying they wanted the specialized chambers disbanded.

In one of the video interviews, Gucati states that “it is a pleasure for me to stop the work of this court”. In another video interview, Haradinaj says “we can dissolve this tribunal in five minutes.”

“It is indisputable that the two held three press conferences, dated September 7, 16 and 22, 2020,” Bolici said. She added that it has not been denied that Gucati and Haradinaj “have announced that they have confidential documents” that could identify protected witnesses.

Bolici was referring to boxes of court documents that were left in the hallway of the offices of the KLA veterans organization on September 6, 2020.

In the boxes were folders containing the names and personal information of potential witnesses in the war crimes investigations at the specialized chambers. Gucati and Haradinaj then held press conferences to publicize the leaked files.

“It is recorded that they [Gucati and Haradinaj] addressed the witnesses or called the witnesses and those who collaborated with this tribunal as traitors, liars, spies and accomplices, and they said that these witnesses could no longer be protected,” Bolici said.

Both men claim they did not force anyone to take or release the documents. They accuse the prosecution of failing to prevent the leak of confidential documents from the war crimes cases and blame the organization of veterans of the KLA for this failure.

Closing statements for the trial must take place throughout the week.

The Kosovo Specialized Chambers were created, under pressure from Kosovo’s western allies, to try crimes allegedly committed during and just after the 1998-2000 Kosovo war. They are part of Kosovo’s judicial system but are located in the Netherlands and staffed internationally. widely felt by Kosovo Albanians who see the tribunal as an insult to the KLA’s war for liberation from Serbian rule.

Witness protection has been a major concern for the specialized chambers after incidents of witness tampering in previous trials of KLA commanders.

In short: closure of the “New Amsterdam” store; More from ‘Puss in Boots’, and more