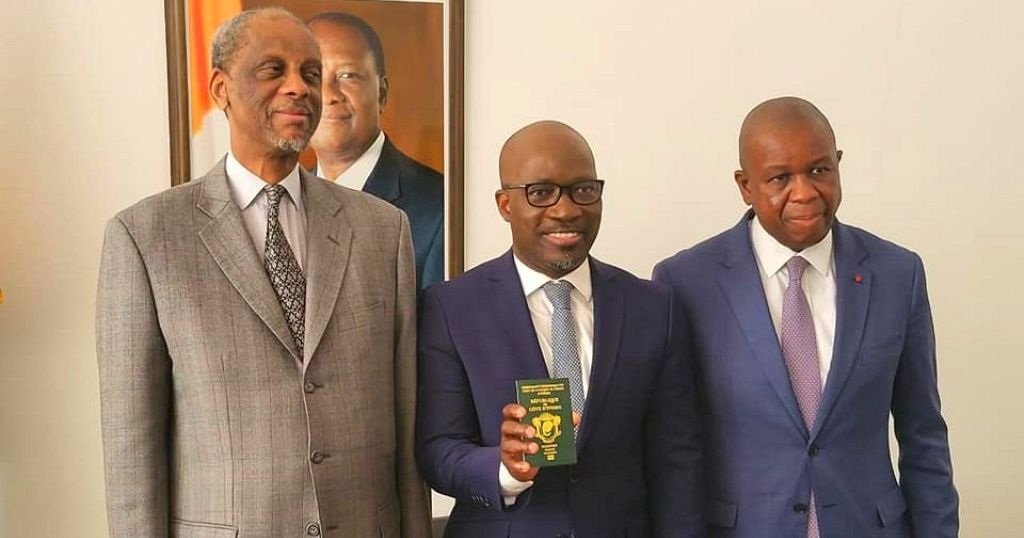 Former pillar of the regime of former Ivorian President Laurent Gbagbo, Charles Blé Goudé obtained his passport Monday in The Hague, more than a year after his acquittal of crimes against humanity by the International Criminal Court (ICC), announced his attorney in a statement.

Charles Blé Goudé received his “ordinary passport” from the hands of the Ambassador of Côte d’Ivoire to the Netherlands and expressed “all his gratitude and gratitude” to the Ivorian President Alassane Ouattara, “for his personal involvement in the process of his return to Côte d’Ivoire, an important step has just been taken”, indicates the press release from lawyer Me N’dry Claver.

He “reiterated his intention to return to Côte d’Ivoire in order to contribute” to “the consolidation of national reconciliation”, the statement said, adding that his lawyers “will maintain dialogue with the Ivorian authorities to agree on a timetable for his return.

Charles Blé Goudé and Laurent Gbagbo were finally acquitted in March 2021 by the ICC in The Hague of alleged crimes during the 2010-2011 post-election crisis, which stemmed from Mr Gbagbo’s refusal to concede defeat to Alassane Ouattara and caused some 3,000 deaths.

Gbagbo was able to return to Côte d’Ivoire in June 2021, where he created a new opposition party, the African Peoples’ Party (PPA-CI).

Arrested in 2013 in Ghana, Mr. Blé Goudé is the former leader of the nationalist Young Patriots movement and has been nicknamed “the general of the street” for his ability to mobilize crowds, especially young people. He was transferred to the ICC in The Hague in 2014.

Like Laurent Gbagbo, president from 2000 to 2011, he was sentenced in absentia in Côte d’Ivoire to 20 years in prison for acts related to the post-electoral crisis.

The sentence has not officially been lifted, but it has not been applied against former President Gbagbo since his return.

Trevor Noah’s show at the Ziggo Dome in the Netherlands brought together 14,000 people