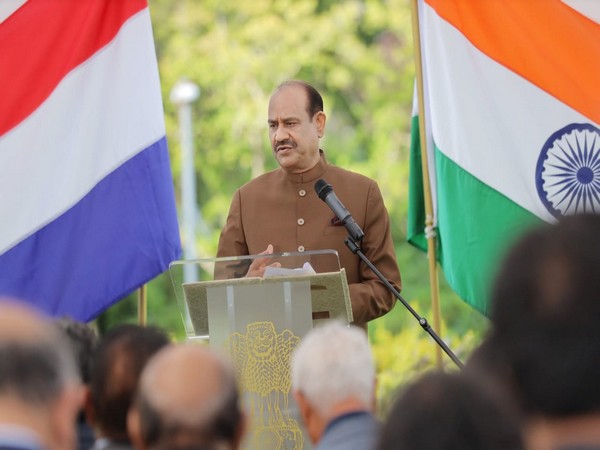 Mentioning the contributions of the Indian diaspora in the Netherlands, Birla added that the Indian community in the Netherlands strengthens the economy and society through their dedication, expertise and professionalism.
Observing that they act as a bridge between the two historically close countries, Birla expressed hope that the visit would go a long way in enhancing the close and cordial relations between India and the Netherlands.
Later, speaking at the dinner hosted by the Indian Embassy at India House, Birla highlighted India’s growing stature in the concert of nations. He also spoke about socio-economic progress in India and the relevance of start-ups and innovation. Shri Birla urged the Indian Diaspora to take advantage of India’s growth story.
Earlier, Birla visited the Sewa Dham Hindu Center in The Hague and offered prayers. He also offered a Ganesha idol to the Hindu center Seva Dham temple as a sign of respect.
The delegation traveled to Toronto, Canada and then to Halifax today. (ANI)