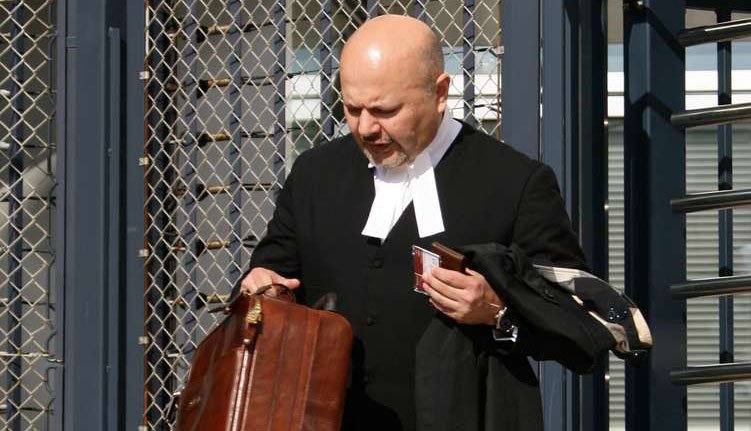 The Prosecutor of the International Criminal Court (ICC), Karim Khan, has recused himself from leading the case against Kenyan lawyer Paul Gicheru.

Khan, who took over from Fatou Bensouda two weeks ago, represented Kenya’s Vice President William Ruto in the 2017 post-election violence case before the court in The Hague.

Vice-President William Ruto with his lawyer Karim Khan before the ICC on October 4, 2013.

Vice President William Ruto (left) accompanied by his wife Rachel, is greeted by lawyer Karim Khan at the International Criminal Court (ICC) in The Hague during a past status conference.

While confirming his challenge, Judge Reine Alapini-Gansou, who is handling Mr. Gicheru’s case, said he will now be headed by Deputy Prosecutor James Stewart.

Gicheru faces allegations of interference with key witnesses the prosecution relied on in Dr. Ruto’s case, which was dismissed.

Kenyan lawyer Paul Gicheru during his first appearance before the ICC on November 6, 2020, before Judge Reine AdÃ©laÃ¯de Sophie Alapini-Gansou of Pre-Trial Chamber A.

In its submission, the prosecutor’s office told the chamber that Mr Khan’s decision was informed by article 42 (7) of the Rome Statute which states that a prosecutor or his deputy may be disqualified from a case. if â€œtheir impartiality can reasonably be questioned on any groundâ€.

â€œOn June 28, 2021, the Office of the Prosecutor informed the Chamber that the current Prosecutor had withdrawn from the proceedings in this case, in accordance with article 42 (7) of the Statute. He further explained that the deputy prosecutor will perform all the acts that the prosecutor would have to perform in the present case, â€said the judge.

According to the court, Khan will now be denied access to any confidential records relating to the case and has been barred from participating in any substantive or administrative level discussion or decision related to the case.

â€œIn addition, the Chamber considers that the Deputy Prosecutor will replace the Prosecutor and exercise all his functions for the purposes of this case,â€ Gansou said.

Prior to his retirement, Bensouda had indicated that Khan would not get involved in any matters related to those in which he had previously been involved as a lawyer.

In a statement, she said: â€œKhan has informed me that he will recuse himself from any matter where a conflict of interest could be perceived to arise from his past portrayal of suspects or defendants. He will implement practical measures to protect against such risk, and the public can have complete confidence in the good faith and effectiveness of this process, as well as in Mr. Khan’s unwavering commitment to his duties and responsibilities under the Rome Statute.

It appeared that Khan also recused himself from a case concerning violence in Darfur, Sudan, against Abdallah Banda who has an arrest warrant against him.

The British lawyer has emerged as a key figure in Kenya’s post-election violence cases, due to his eloquence and assertiveness in defending his client. The lawsuits were filed against six suspects, including President Uhuru Kenyatta, DP Ruto and journalist Joshua arap Sang.

Khan took over as ICC prosecutor at a time when the court is still receiving submissions from parties involved in Mr Gicheru’s case, which is at the confirmation of charges stage.

The confirmation of charges procedure was stalled in May pending the swearing-in of a new prosecutor. It will determine whether or not there is sufficient evidence to conduct a trial.

In its written submissions, the prosecutor’s office alleged that Gicheru was part of a team that was plotting to bribe witnesses to withdraw their statements incriminating DP Ruto.

However, Gicheru has dismissed the claims that the prosecution is based on hearsay, therefore, the case should not go to trial.

Art Rotterdam July 1 – 4 – a festive weekend for those who love art, photography, design and much more. (Part 2)

Amsterdam mayor apologizes for role of city fathers in slavery