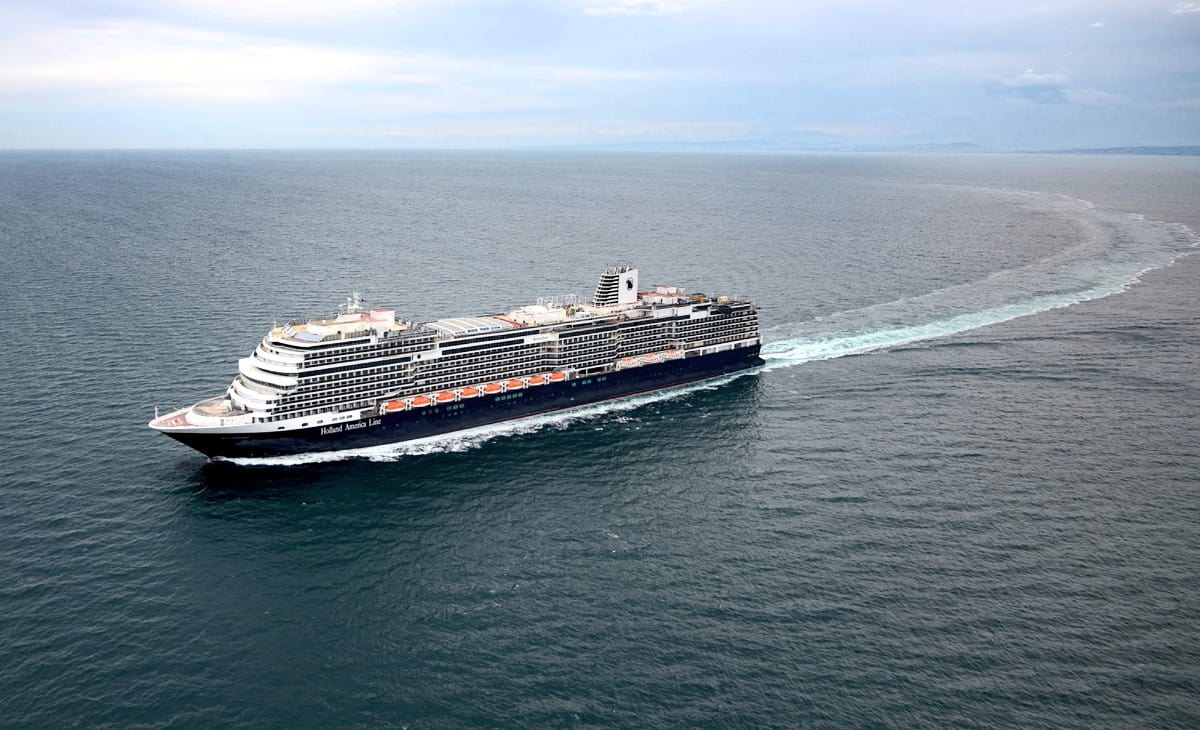 The ship will sail on a wide variety of Caribbean cruises through May next year, ranging in length from five days to 21 days.

After sailing on her maiden voyage from Amsterdam, Netherlands, on October 20, Rotterdam arrived in its home port of Fort Lauderdale on November 3.

During her transatlantic voyage, the ship visited several ports in France, Portugal and the United Kingdom. After a day of preparation for the various procedures in the United States, he embarked for Bimini on November 5th.

Gus Antorcha, President of Holland America Line: â€œWe have been waiting for our return to the Caribbean for a long time, and the restart of Rotterdam and our other ships from Fort Lauderdale is an incredible moment for our company. Rotterdam’s maiden voyage from Europe was a huge success and we are receiving many positive feedback from guests about the ship.

Guests were greeted by Gus Antorcha upon boarding, while a marching band celebrated the departure of the Seattle-based cruise line’s newest ship from the docks. Following its stopover in Bimini, the ship will spend two full days on the company’s private island, Half Moon Cay, before returning to Fort Lauderdale.

Rotterdam will sail in the Caribbean until May 2022

Once Rotterdam completes its current trip to the Bahamas, it will remain in the Caribbean until next year. Her first full Caribbean cruise will be an exploration of the region.

Departing from Fort Lauderdale, he will set sail for the island of Saint-Martin in the Netherlands Antilles, followed by stopovers in Saint Lucia, Barbados, Martinique, Saint-Kitts, Saint-Thomas, and will conclude the cruise with a stopover at Half Moon Cay.

Each cruise, the 99,800 gross ton vessel navigating the region, includes a stopover at the award-winning private destination. This picturesque sanctuary features white-sand beaches, two-story villas, and private cabanas. At the same time, guests will also be able to enjoy restaurants like Lobster Shack, a children’s water park, and a variety of fun tours.

Cruises on the 2,668-passenger ship range from six to eleven days, which guests can combine with back-to-back cruises, which will extend travel time up to a maximum of 21 days of sailing to all corners of the Caribbean .

Rotterdam was built by Italian shipbuilder Fincantieri and handed over to Holland America Line in July 2021. It is the third Pinnacle class cruise ship. The cruise line recently announced that Her Royal Highness Princess Margriet of the Netherlands would be the godmother. The christening ceremony will take place in the spring of 2022.

Despite a somewhat slow start to its resumption of operations, the cruise line is now accelerating its return to service. This month, Rotterdam will be joined by Nieuw Statendam and Eurodam in the Caribbean, while Nieuw Amsterdam began cruising the Caribbean from Fort Lauderdale on October 23.