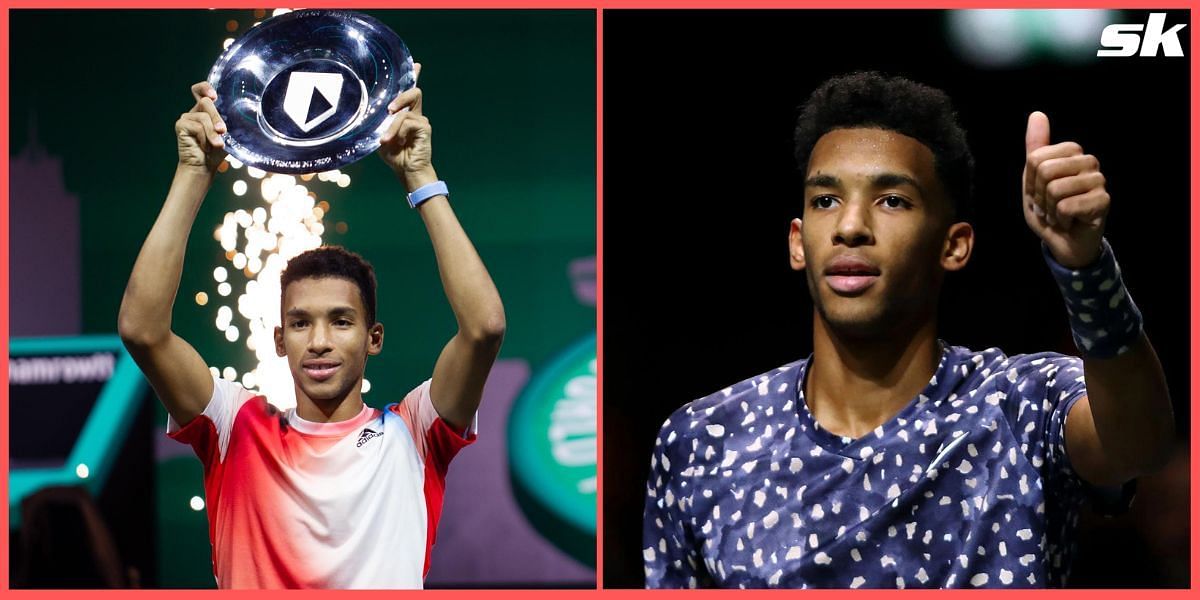 “Having my mom and dad on FaceTime is what moved me”

Félix Auger-Aliassime reflected on the greatest moment of his career so far and expressed the emotions he felt that day. The rising Canadian talent won his first ATP title at the ABN Amro Open in Rotterman in February and was shocked on the court after converting a match point. But he realized the full range of his emotions after talking to his parents moments later.

Auger-Aliassime stunned Stefanos Tsitsipas in the Rotterdam final, dominating the match to record a 6-4, 6-2 win. It was the first ATP title for the 21-year-old Canadian, considered a future sports superstar. Speaking in a recent interview, Auger-Aliassime shed light on the moments following his victory in the final.

“Having my mum and dad on FaceTime, I think that’s what moved me,” Felix Auger-Aliassime said in a recent video uploaded by the ATP. “I think myself, on the pitch, I was really happy, but I didn’t feel all the emotions,” he added.

He then underlined the relief he felt this Sunday in Rotterdam, as all the hard work over the years finally paid off with a tour-level title. There were additional emotions attached to Auger-Aliassime’s victory in Rotterdam as he finally broke the barrier of an ATP Finals after losing his previous eight finals on tour.

“Once you’re close to your people and you share a moment with them, that’s when you really start to feel all the emotions because you think about the tough times of losing finals. You think to the work that you’ve put in, and it’s just really a big relief. It’s like this stress going off at the same time. I think that’s why you get emotions as a player,” he further explained.

The Canadian player added that he was just getting started and had set much higher goals for the future.

“Of course now I can put that behind me, but my goals are now even higher. I will try to repeat that first and do even better,” he concluded.

Felix Auger-Aliassime had a memorable run en route to the Rotterdam title. He beat Andy Murray, Cameron Norrie, Andrey Rublev and Tsitsipas in consecutive matches to be crowned champion. The Canadian player opened his campaign with a victory against Egor Gerasimov.

Felix Auger-Aliassime had one of his best performances of the tournament in his second-round match against three-time Grand Slam champion Andy Murray. Looking back on the match, Auger-Aliassime spoke of the “special moment” playing against Murray, whom he called one of the greatest players of all time.

The Canadian believes he played some of his best tennis this year in this match, which he won 6-3, 6-4. He raced to a 4-0 lead in the first set before Murray fought back, but the 21-year-old was able to close the set. He then continued his momentum in the second set.

“Playing against Andy, one of the best players in the history of our sport, is always special. It was quite an entertaining match. I had an amazing start and played some of my best tennis this year I won 4-0, and then, like he always does, he broke me, came back, and I was able to finish the first set.”

Read also
The story continues below

“And again the second set started my way, and I was able to dictate the game and be really dominant, so that was a nice win,” Auger-Aliassime said on the same subject.

After a strong clay season and a strong start to the grass season, Auger-Aliassime didn’t have the best of times at Wimbledon and the Newport Hall of Fame Open, losing in the first round of both tournaments. He will now focus on the US Open swing, starting with the Los Cabos Open.