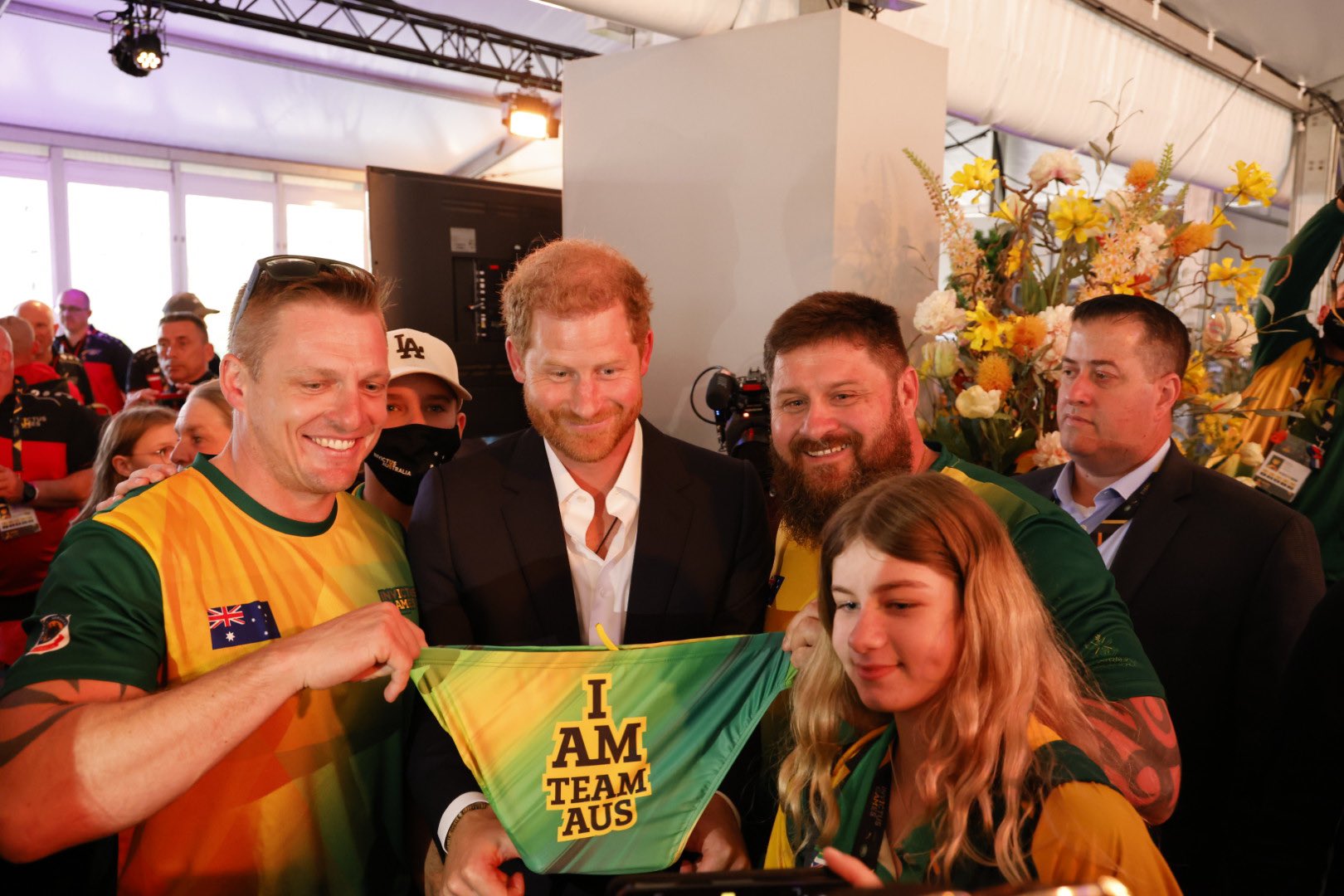 Prince Harry and his wife Meghan arrived in the Netherlands to great attention from the Dutch press and public, becoming something of a media sensation in Holland this Easter weekend.

The Duke and Duchess of Sussex will speak on stage at the Invictus Games Opening Ceremony later.

Harry and Meghan are expected to address the public at the televised event in The Hague, Netherlands, which will be attended by members of the Dutch Royal Family and the country’s Prime Minister.

The couple made their first public appearance together in Europe since stepping down as senior royals more than two years ago when they attended a reception at the games on Friday.

Their appearance at Zuiderpark in The Hague came after visiting the Queen and meeting the Prince of Wales in Windsor on Thursday, having flown in from their home in the United States.

Before the opening ceremony on Saturday evening, Harry and Meghan will watch the Land Rover Driving Challenge.

Princess Margriet, Prince Pieter-Christiaan and Prime Minister Mark Rutte are among those expected, with Mr Rutte due to deliver a speech on the importance of the Invictus Games.

A crew joined Harry and Meghan at the games as part of the filming of a Netflix documentary called Heart Of Invictus – a series from Archewell Productions that follows people who attend the event.

The Invictus Games Ukraine team manager – who is set to appear in the documentary – said she discussed the importance of “having a voice” with Meghan.

Oksana Horbach, 39, is in the Ukrainian armed forces working in the supply chain in Kyiv, providing meals to servicemen and women.

She said: “I spoke with Meghan about the importance of having a voice and she understood it perfectly – to be heard, to be vocal, to have a voice, to just speak your own truth, your experience. It is very important to her.

“And she told me that it’s something that they support deeply, with all their hearts, to have this platform, the Invictus Games platform, for nations, especially for Ukraine , may have that voice.”

Horbach said the Netflix team is shooting for the Invictus documentary on Friday, adding that at this point she doesn’t know how important she will be in the series.

“The goal is to make a beautiful film. What we want to do is make a beautiful movie, like people around the world know more about the values ​​of Invictus, and about Ukraine as a nation participating in the Invictus Games and what we are going through to make it happen for us,” she says.

Harry founded the Invictus Games to help rehabilitate injured or ill service members and veterans around the world, challenging them to compete in sporting events similar to the Paralympic Games.

Harry and Meghan’s trips to the UK and the Netherlands come after the couple were absent from the Duke of Edinburgh’s memorial service in London last month.

Harry files a complaint against the Home Office after being told he will no longer have the same degree of personal protection when visiting from the United States, despite offering to pay for it himself.

The Duke wants to bring his children on a visit, but he and his family are “unable to return to his home” as it is too dangerous, his legal representative has said.

The opening ceremony will be broadcast on the BBC.

The King of Live Show: The Moment Burna Boy Shut Down Rotterdam with a spectacular entrance during a sold-out concert